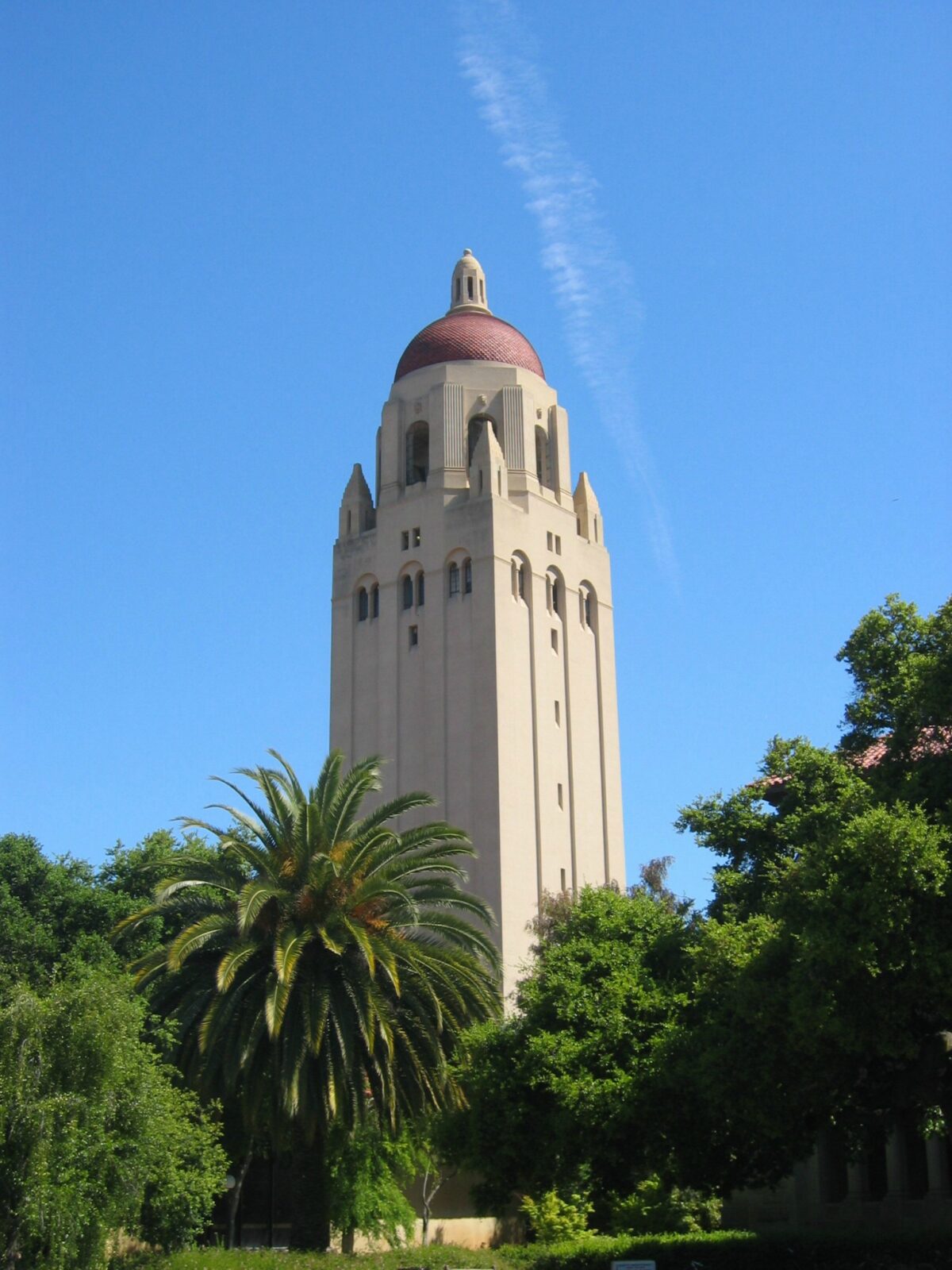 It’s hard to imagine Stanford University without its iconic Hoover Tower, but the stately 258-foot structure didn’t become a campus focal point until 1941, in honor of the University’s 50th anniversary. Now a Peninsula architectural landmark (and a favorite sighting from Dish hikes or local airport descents), Hoover Tower is a blend of Byzantine and Romanesque styles, inspired by the cathedral towers of Salamanca and Mexico City. Designed by architect Arthur Brown, Jr., Hoover Tower is the namesake of Herbert Hoover, the Stanford 1895 grad who went on to become the 31st president of the United States. The tower houses the Hoover Institution on War, Revolution and Peace, Stanford’s famous research center and think tank, and the Hoover Institution Library and Archives, including Hoover’s personal collection of early 20th-century documents and books. For perspective on the materials stored here, consider that a 1941 TIME magazine article described the Library and Archives as “the world’s greatest collection of incendiary literature” and “a storehouse of most of the social and political dynamite of our times.”

Visitors are welcome to tour Hoover Tower. In the lobby, you’ll find the Herbert Hoover and Lou Henry Hoover exhibits, featuring memorabilia from the careers and lives of Hoover and his wife, who was also a Stanford alum. The tower’s first nine floors are library stacks followed by three floors of offices. For a small fee, catch the elevator to the observation platform on the 14th floor, and you’ll be rewarded with sweeping views of the Stanford campus, the surrounding foothills and even the San Francisco skyline on a clear day. At the top, you’ll also find Hoover Tower’s carillon—48 tower bells played using a keyboard. The original 35 bells were cast for the Belgian Pavilion at the 1939 World’s Fair and were given to Stanford in 1940, with the largest bell inscribed “Uno Pro Pace Sono” or “For peace alone do I ring.” With the addition of 13 bells in 2002, the carillon now has a four-octave range, creating the memorable music that marks special university events. Hoover Tower is open seven days a week from 10AM to 4PM; the tower closes during academic breaks and finals.