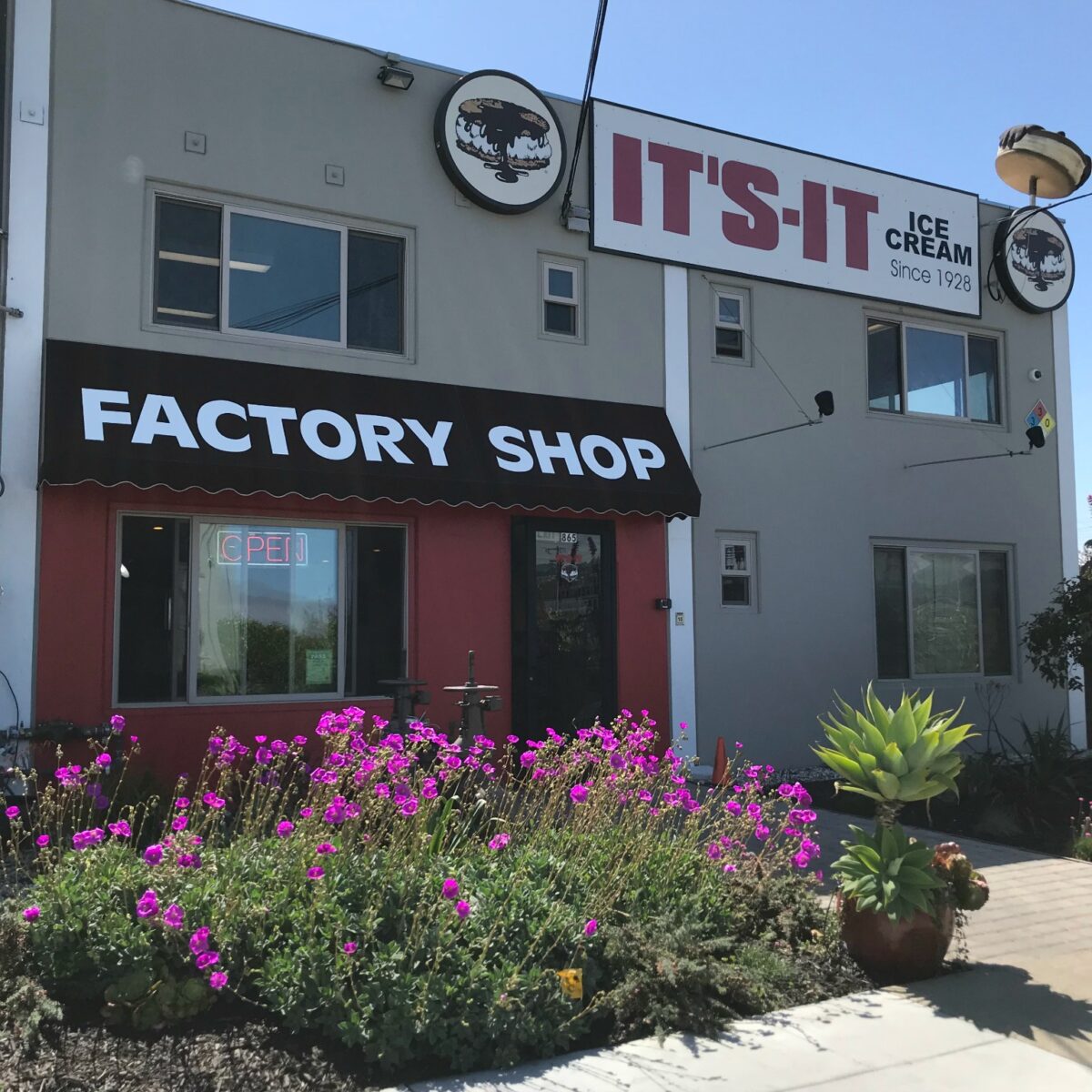 Although the company’s headquarters next to 101 in Burlingame is our landmark this month, the IT’S-IT brand ice cream sandwich is a Peninsula pillar in its own right. The confection has been a local favorite since its invention in 1928, although the IT’S-IT’s birthplace is a few miles up the coast. The story goes that George Whitney, operator of the legendary San Francisco theme park Playland, invented the treat at his beachside park. Placing a scoop of vanilla ice cream between two large oatmeal cookies, and then dipping the result into dark chocolate, Whitney is said to have exclaimed, “It’s it!” when he beheld his new creation.

Playland closed down in the ‘70s, but its signature frozen treat has lived on. Since the company relocated to a larger facility in 1976, the Burlingame warehouse with its ten-foot-high sign visible from the freeway has been the IT’S-IT world headquarters. Although the factory doesn’t offer tours, it’s still worth pulling over to check out the factory’s retail shop. The store offers all IT’S-IT products (which recently expanded to include a chocolate chip cookie sandwich), along with hard-to-find flavors, as well as other exclusive frozen treats and IT’S-IT memorabilia. For true fans, IT’S-IT delivers custom orders to seven different counties throughout the Bay Area, so it might be the perfect treat for your next company social, wedding, holiday party, birthday or picnic. And for any expats living outside of IT’S-IT’s delivery territory, don’t rub it in by sending a picture next time you pass the sign. Instead, send them a frosty care package from the IT’S-IT website for a true taste of the Peninsula.