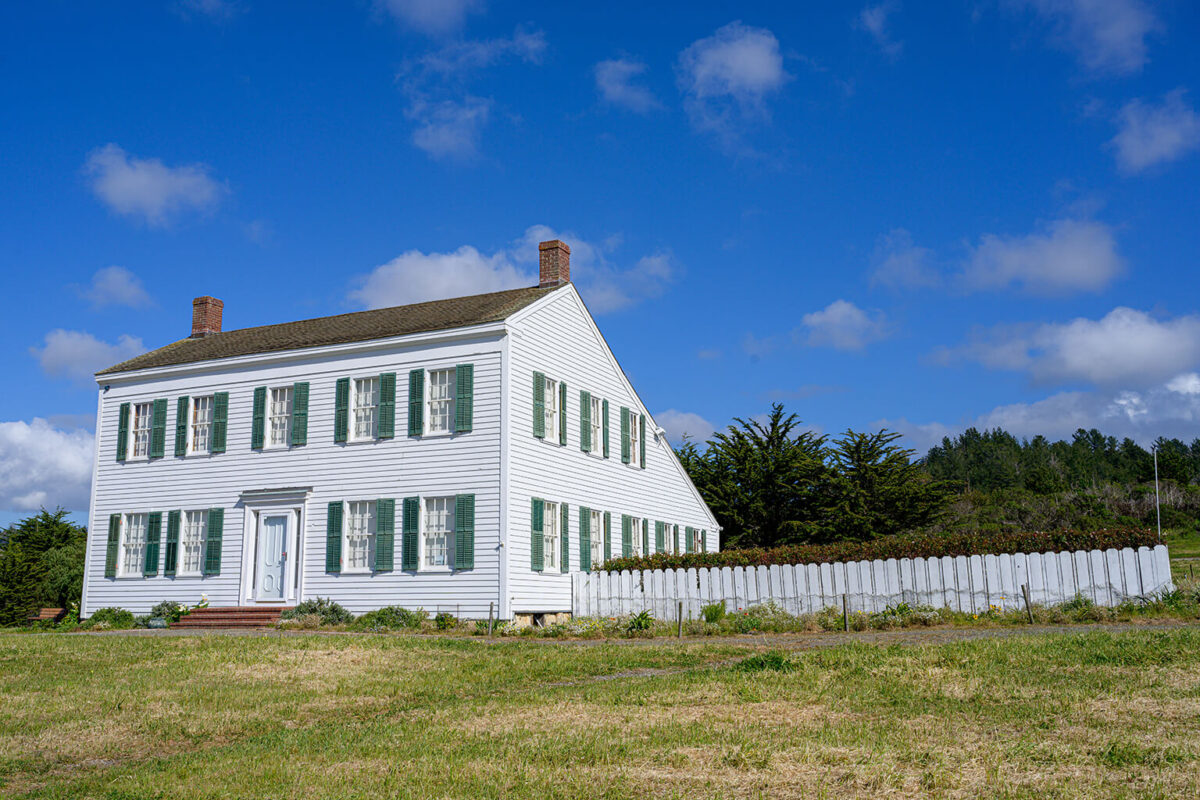 James Johnston House, a New England farmhouse just a short stroll from Half Moon Bay’s Main Street, is an enduring structure dating back to 1853. Ever since Ohio pioneer James Johnston completed its construction for his Californio bride, this historic coastal landmark has prevailed through nearly 170 years of high winds, vandalism and stringent coastside conditions. Perhaps it’s not ready to give up the view. From its vantage, the two-story building enjoys the area’s rippling hills and rolling Pacific waves, and watches the hillside shift from gold to green and back again in its seasonal ebb and flow. But Johnston House didn’t become the oldest-standing American home along the San Mateo County coastline without a little help. Thanks to the advocacy of a pair of honeymooners who stumbled across the bedraggled building back in the ’60s and the intervention of the San Mateo County Historical Association, the Johnston House Foundation was formed. Now marking its 50th year, the Foundation put in considerable effort to replace timbers, restore redwood floors and stairways and refurbish the interior. The building’s paint-stripped exterior was given a fresh coat of white paint, restoring its former reputation as “The White House of Half Moon Bay.” Perhaps the most noticeable feature of the farmhouse is its asymmetrically-angled roof—somewhat reminiscent of a ski jump. “Saltbox-style” homes were a classic American colonial staple and get their name from the boxes people used for salt storage back in the day. If you linger long enough outside Johnston House, you might spot a bird using this ramp-like roof to launch itself into a crisp blue sky. For a tour, stop by Johnston House on the third Saturday of every month (January through September) between 11AM and 3PM. For more details, visit johnstonhouse.org.