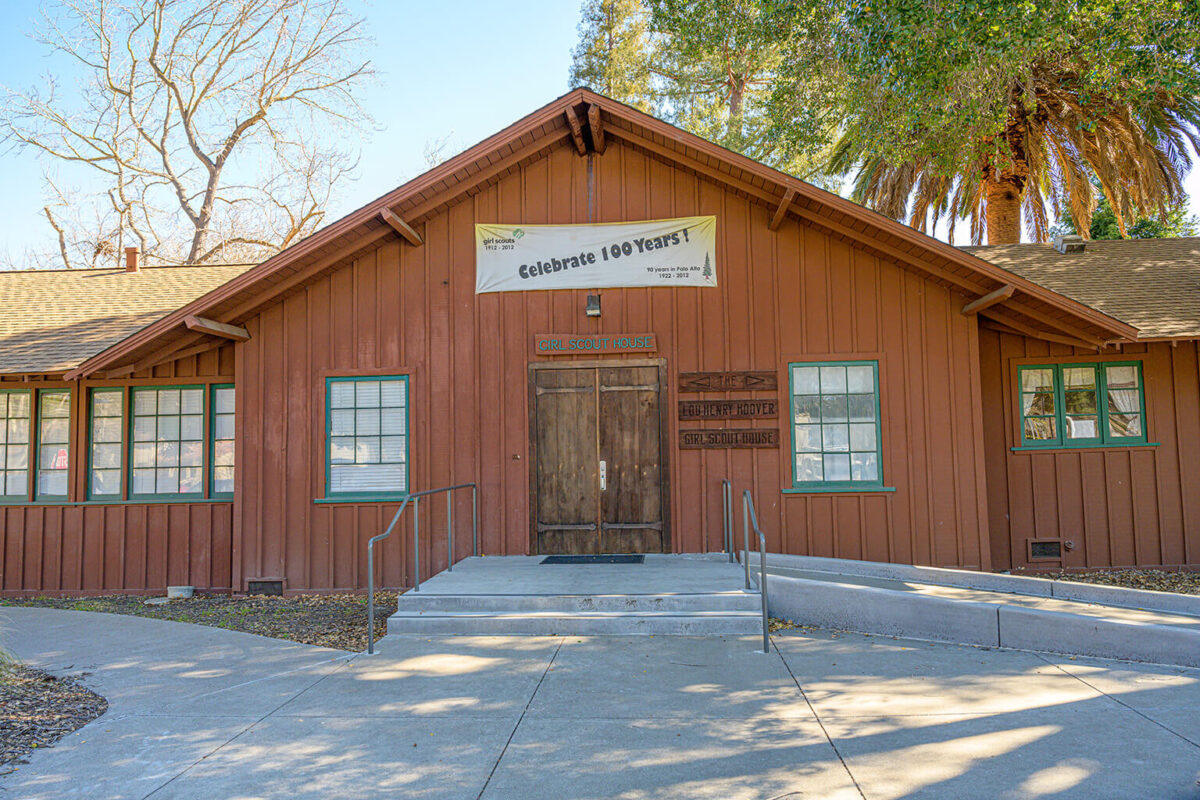 To mark the 110th anniversary of the Girl Scouts in 2022, stop by the Lou Henry Hoover Girl Scout House, a cabin-like headquarters just a stone’s throw from the Palo Alto Junior Museum & Zoo. Named for the same luminary who established the West Coast’s first troop in Palo Alto, this meeting house is the oldest in continuous use nationally. Lou Henry Hoover might be best known as first lady to our 31st president Herbert Hoover, but she was also a Girl Scout troop leader, an ardent camper and hiker, president of the National Council of Girl Scouts, a physical fitness advocate for women and, in her early years, a Stanford student (the only female studying geology on campus at the time). After donating $500 for the construction of the Scout house, Lou dedicated it in 1926. Renowned Palo Alto architect Birge Clark drew the plans for the structure, but with a mind for design, Lou often collaborated with the architects she hired, also bringing her vision to the Hoover family home on the Stanford campus. Within the headquarters, stonemasons crafted a prominent fireplace using sandstone salvaged from one of Stanford’s Palm Drive arches after its collapse in the 1906 San Francisco earthquake. In the entry hall, a display case exhibits a few of Lou’s personal notebooks and early photographs. If Lou were around today, she’d take pride in knowing that the Girl Scouts of Palo Alto have grown 64 troops strong—many of which still meet in Lou’s house.