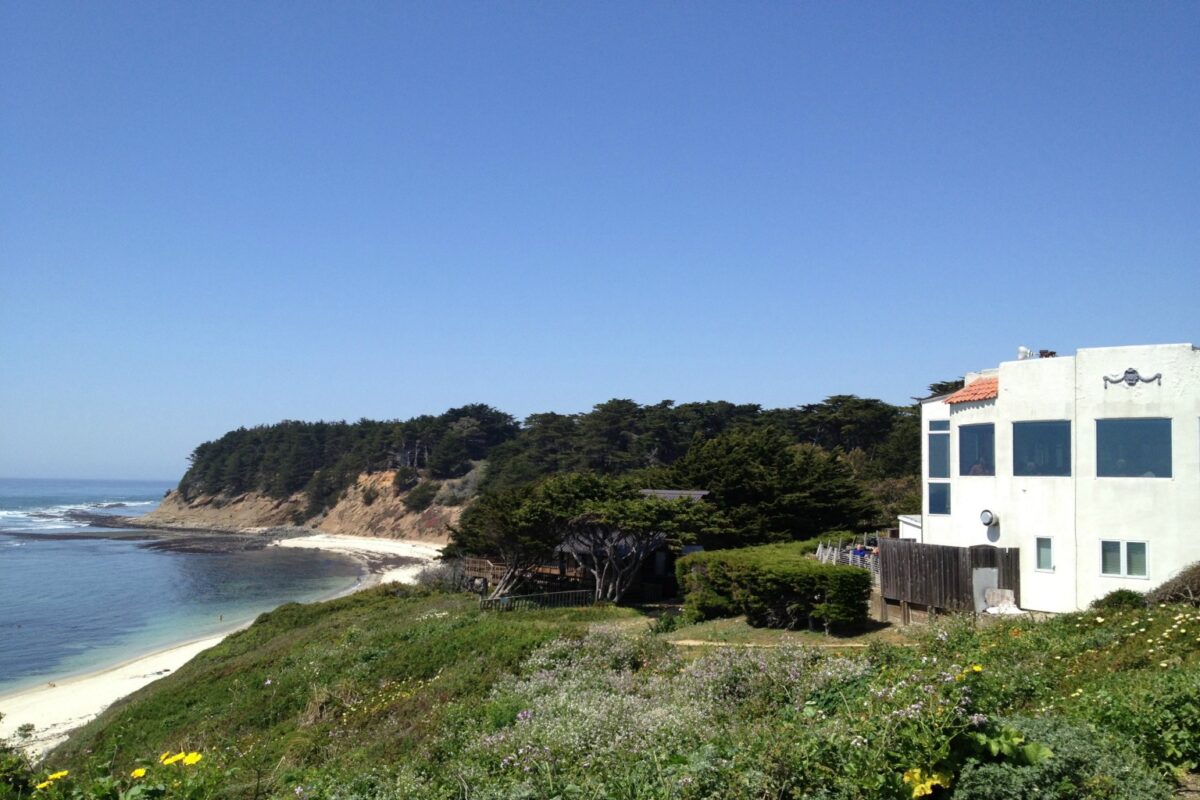 Perched on a cliff overlooking the Pacific Ocean just north of Half Moon Bay, Moss Beach Distillery is an award-winning restaurant known for its spectacular views, California cuisine, dog-friendliness and haunted history.

Built by Frank Torres in 1927, Moss Beach Distillery became one of the most successful speakeasies of the Prohibition era. The secluded location and coastal fogs created the perfect cover for smuggling in illegal liquor from Canada. San Francisco luminaries and politicians visited in droves, which likely protected the notorious spot (it was even the setting of one of Dashiell Hammett’s dark detective stories) from ever being raided. The restaurant retained its popularity after Prohibition ended in 1933.

Some 70 years ago, the restaurant bore witness to a romantic tragedy that gave rise to the well-documented story of the Blue Lady ghost.  This apparition is said to be the restless spirit of a woman named Mary Ellen who fell in love with a piano player, John Contina, regularly meeting him at a hotel next door to the restaurant. She always wore blue. The affair ended when Mary Ellen was killed, although whether by suicide, accident or murder is uncertain.

Ever since, Mary Ellen’s spirit has been said to inhabit Moss Beach Distillery. Some of the paranormal activity attributed to her ghost includes objects moving on their own, whispered voices, unexplained taps on the shoulder and fleeting apparitions of the Blue Lady herself. Today, while a spectral sighting is not guaranteed, the spine-tingling tales add extra zest to the American eats and drinks and spectacular views at this popular coastal haunt. mossbeachdistillery.com