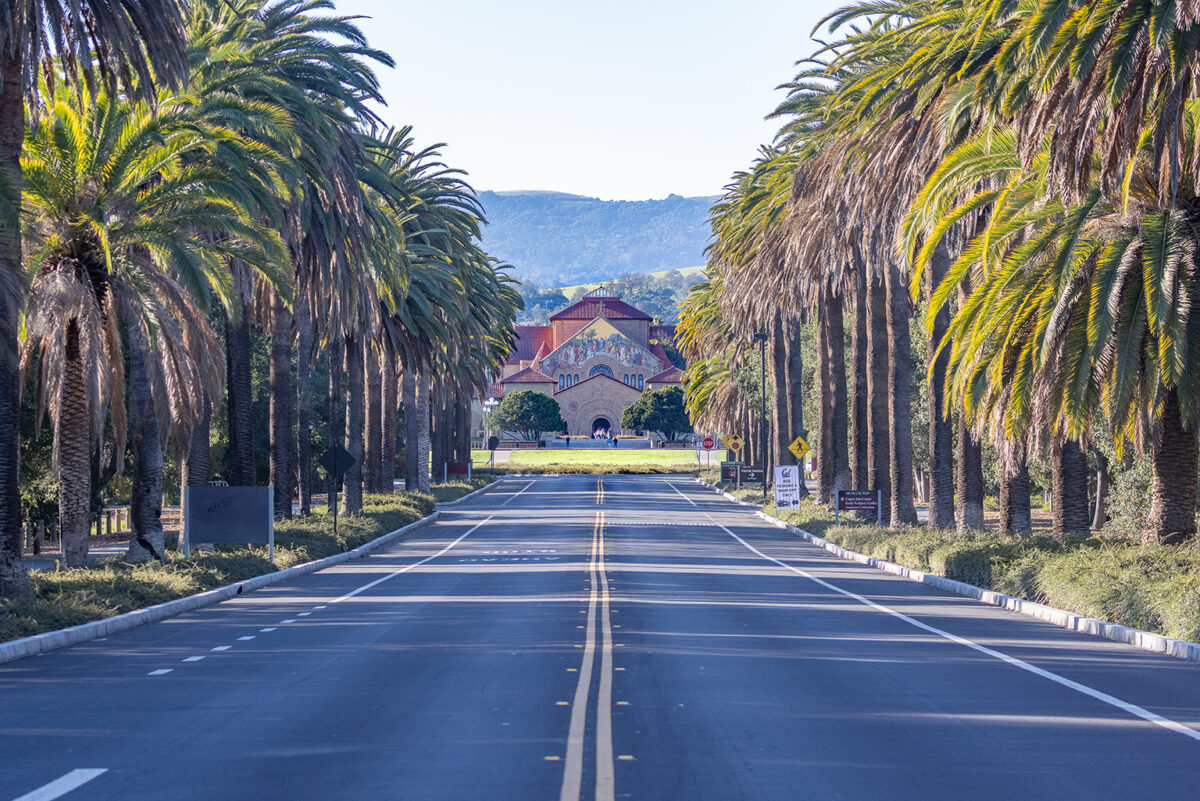 It’s one of the views most associated with Stanford University: iconic Palm Drive leading to campus. Originally planted in 1893, the one-mile stretch of parallel Canary Island palm trees creates a majestic path that opens up to views of Stanford’s Oval, Quad and Memorial Church. From 1886-1888, famed landscape architect Frederick Law Olmsted developed the plan for Stanford University and encouraged Leland Stanford to take a Mediterranean-style approach to the campus. His last major additions to the plan included Palm Drive and the Oval. Stanford’s first president, David Starr Jordan, is credited with advocating for the specific style of tree to mark the school’s grand entrance. “These long corridors with their stately pillars, these circles of waving palms, will have their part in the students’ training as surely as the chemical laboratory or seminary room,” Jordan proclaimed in his 1891 Opening Day address. With more than 160 majestic palms lining the route, Palm Drive was initially a bumpy, pothole-ridden dirt road but in preparation for motorized vehicles, the street was resurfaced in an oil and gravel mixture followed decades later by asphalt-cement. As early as 1905, Palm Drive was beset by traffic issues, which led to restricting it to horse-drawn carriages, bicycles and pedestrians. The ban on automobiles and “gasoline bicycles” was lifted by trustees in 1914, and the street returned to providing a “frondly” welcome for Stanford visitors. Averaging 50 to 60 feet tall at maturity, many of the statuesque trees were originally imported from outside the U.S. and planted as seedlings—with donations and local neighborhood rescues contributing to replacements over the years.