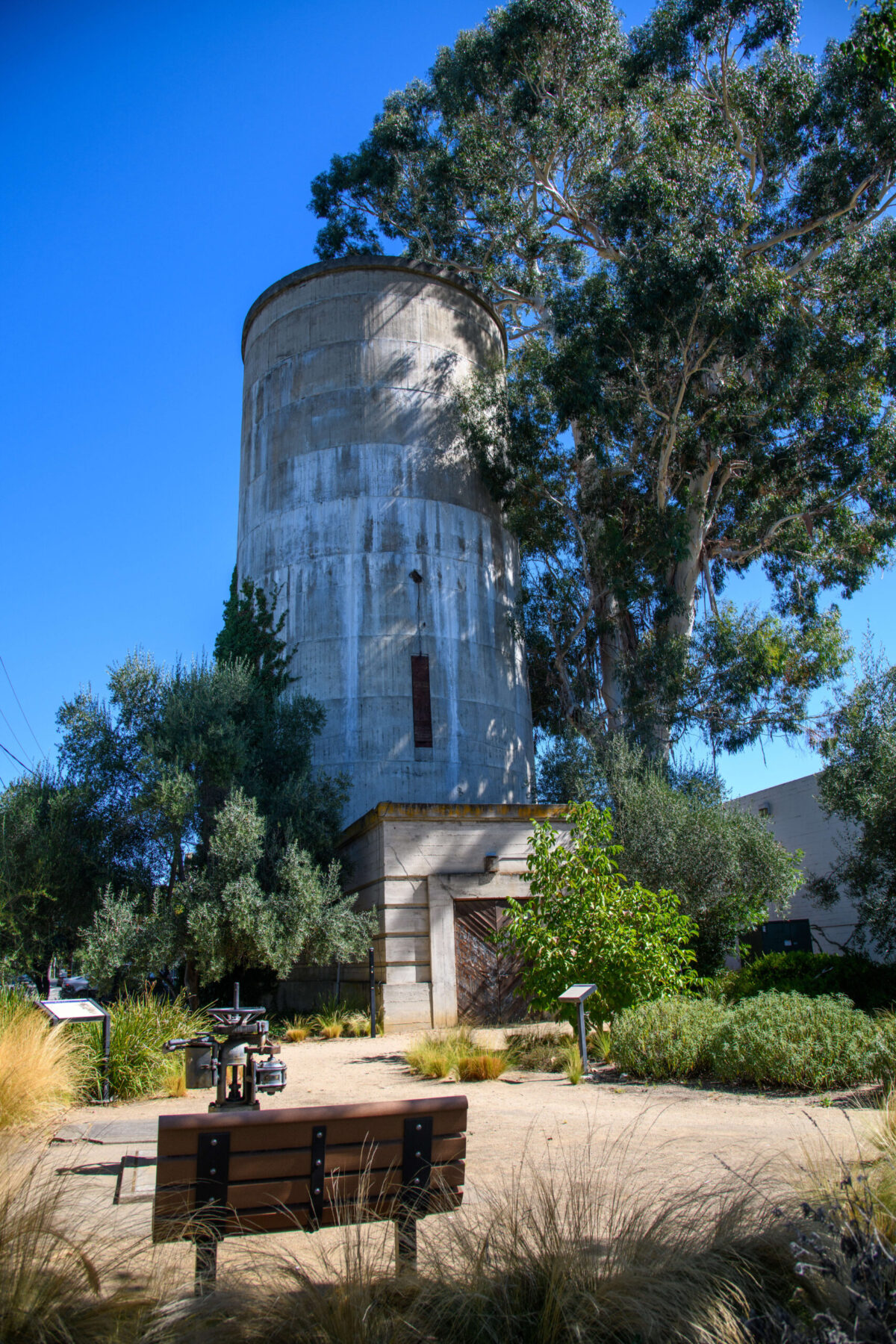 Amid the ever-changing landscape of the Peninsula, some historic treasures remain, iconic reminders of an earlier time when farm animals grazed in Palo Alto and the local water bill was just $1 a month. The century-old Palo Alto Tower Well at the corner of Alma and Hawthorne is one of those relics. The 78-foot-high cylinder also symbolizes the ingenuity and forward-thinking of a small town that became one of the nation’s first to purchase and operate its own water utility in 1896. In 1910, the Tower Well was built to store Palo Alto’s water supply, provide safe water for the growing population and protect local structures in the event of a fire. With thick, reinforced concrete walls and a 155,000 gallon tank, the Tower Well pumped and regulated water using a state-of-the-art electronic water capacity control system. Manufactured in the early 1900s, the Tower Well’s valve opened and closed in response to electrical signals. By the late 1980s, Palo Alto relied on water from Hetch Hetchy Reservoir and the Tower was abandoned. The City Council considered proposals to convert the Tower to a single-family home and day care center but ultimately decided to preserve the structure as it was originally constructed. Today, surrounded by native plants, interpretative panels and park benches, the Tower Well stands as a symbol of community roots. 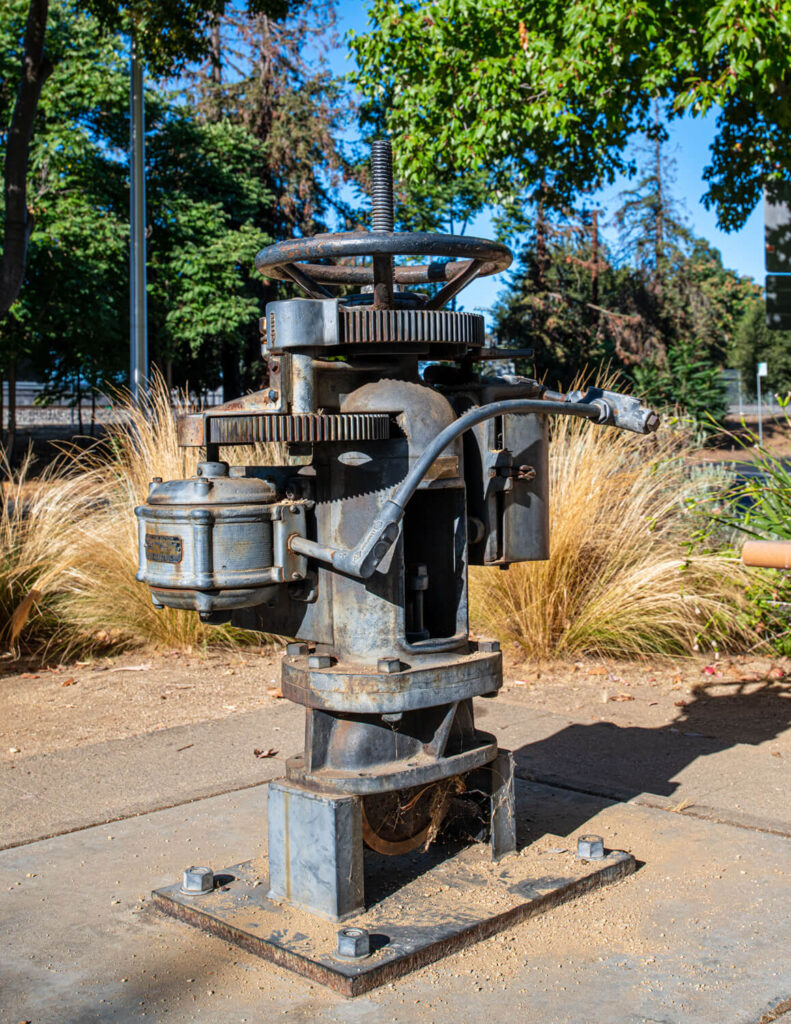