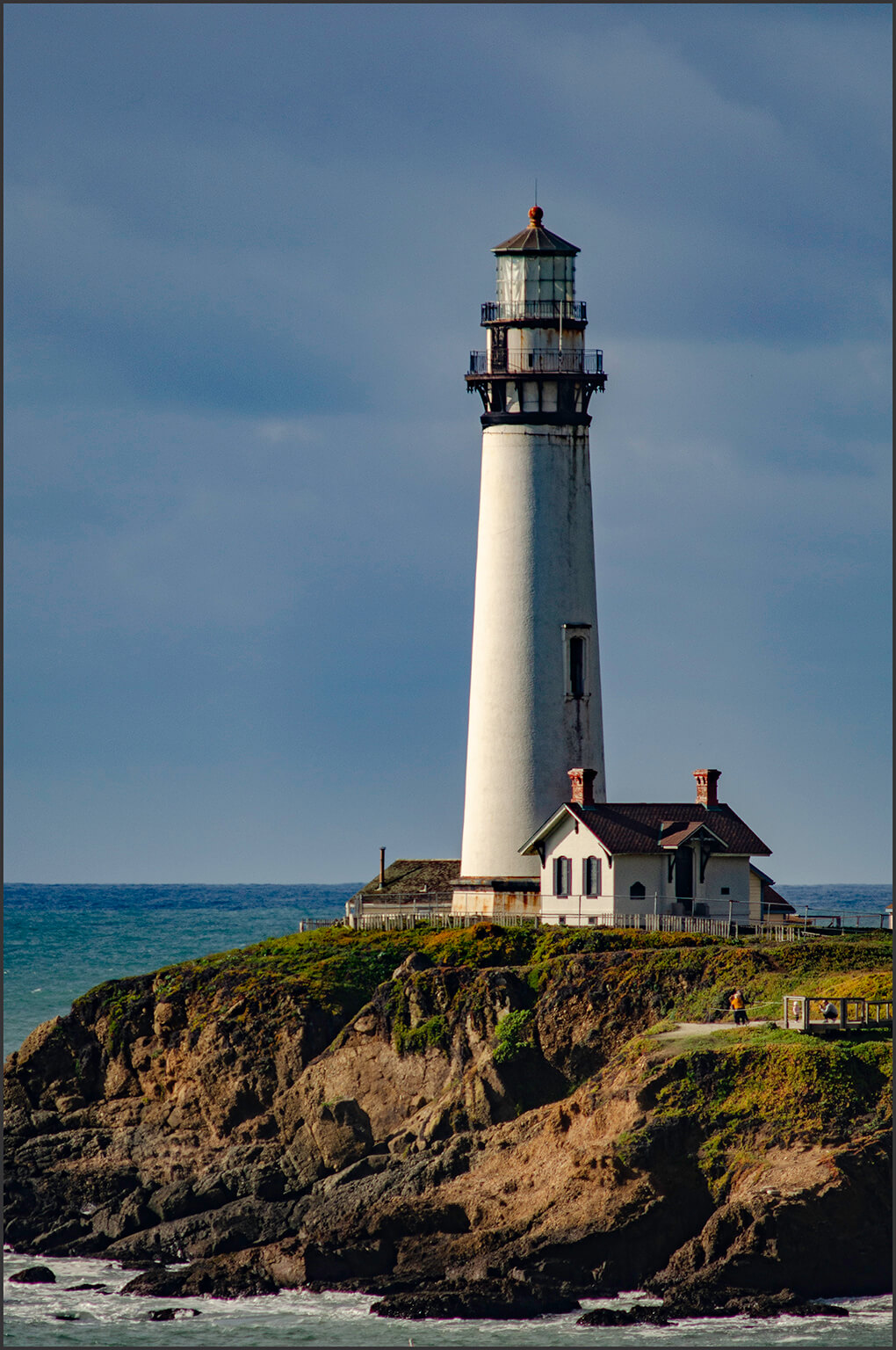 “It’s lit!” That’s what they first said about Pigeon Point Lighthouse on November 15, 1872—and it’s still true in 2022 as this iconic Peninsula landmark celebrates its 150th anniversary. Standing at a majestic 115 feet, the light station is the tallest tower (tied with Point Arena) on the West Coast. Originally called Whale Point, the headland was renamed Pigeon Point to honor the ship “Carrier Pigeon” that ran aground here in 1853 en route from Boston to San Francisco. Built to guide vessels safely through the foggy, treacherous coastal waters, Pigeon Point Lighthouse originally signaled mariners with a 2,000-pound Fresnel lens that delivered the illumination power of 500,000 candles. Perched on a cliff about five miles south of Pescadero, the white brick structure served its duty—and became a popular tourist attraction. However, over time, the lighthouse fell into disrepair and was closed to the public in 2001. Using an automated LED beacon, Pigeon Point continues to be an active Coast Guard navigation aid, and at Pigeon Point’s Fog Signal Building, visitors can view exhibits and artifacts including the tower’s original Fresnel lens that’s on display. The structures at Pigeon Point’s base also put out the welcome mat after being converted into Hostelling International vacation rentals. Listed on the National Register of Historic Places and designated as a California Historical Landmark, the famous tower is finally getting a new lease on “light.” In 2021, the California State Legislature approved full funding to complete an $18.9 million restoration project.