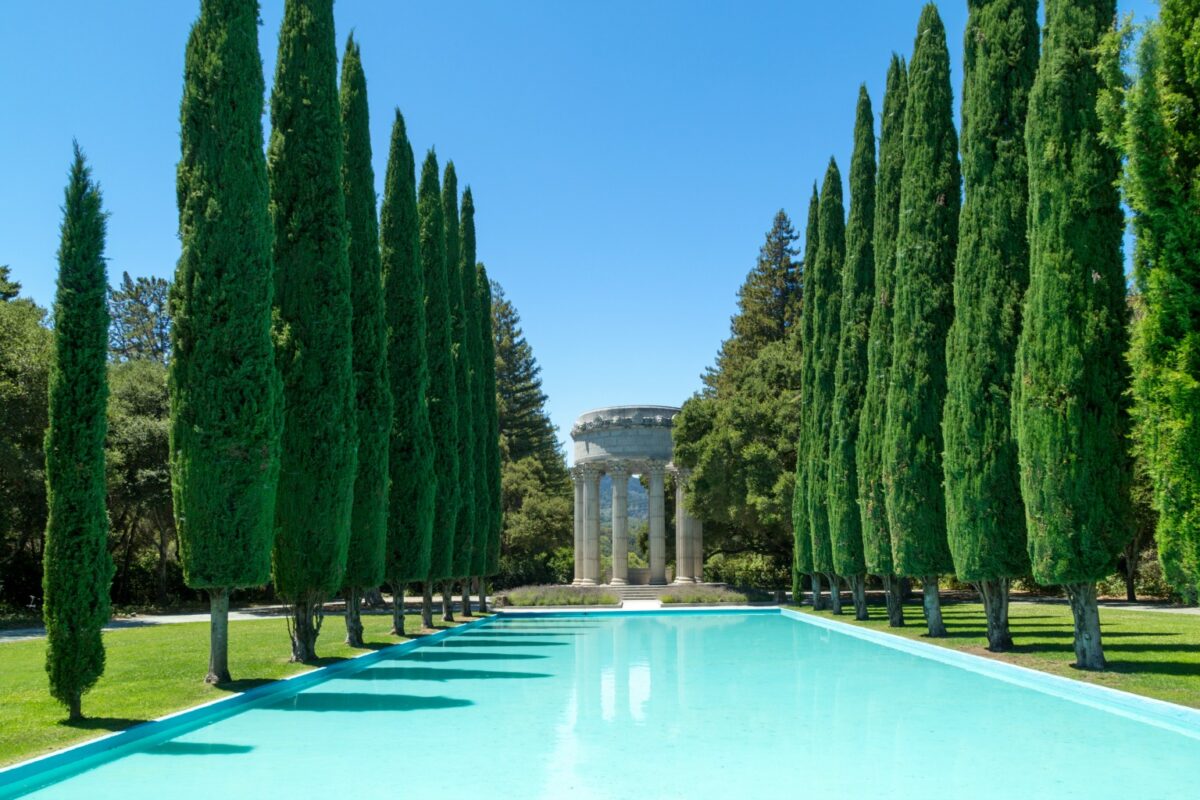 Tucked away in the Redwood City hills is a monument to the Peninsula’s most critical and most overlooked feature—the water system. The Pulgas Water Temple is the symbolic end of the Hetch Hetchy Project, the turn-of-the-century engineering marvel that provides San Francisco and surrounding cities with fresh water from the Sierra. After the earthquake and fire of 1906, city planners knew that a reliable source of water was critical as the Bay Area rebuilt and continued to grow. Over the next 20 years, aqueducts were built to connect the Hetch Hetchy Valley to the Peninsula, more than 150 miles distant. Just as it did 100 years ago, the water today travels solely via the power of gravity, without any other human intervention.

Current-day Peninsula residents might have trouble understanding the significance of the Hetch Hetchy Project’s completion. However, any visitor who views the monument today can clearly see that it was built to mark something tremendous. The Beaux Arts-style building calls to mind Greco-Roman sites, which not only gives the temple a timeless look but also honors the ancient engineers whose techniques were used in the water system’s construction. If you notice a resemblance to the Palace of Fine Arts in San Francisco’s Marina, it’s because the temple’s designer William Merchant trained under Palace architect Bernard Maybeck. Adding to the grandiosity is the inscription made by master stone carver Albert Bernasconi, quoting the Book of Isaiah, “I give waters in the wilderness and rivers in the desert, to give drink to my people.”

When it first opened in 1934, the temple housed a waterfall, but today the flow bypasses the falls and heads straight into taps or the Crystal Springs Reservoir. Though owned by the San Francisco Public Utilities Commission, the Pulgas Water Temple is open to the public and accessible via Edgewood Road off of 280. During the week, there is public lot open on Cañada Road. Since it’s a popular spot for weddings, the parking lot is closed on weekends, but you can still visit the temple on foot or by bike.