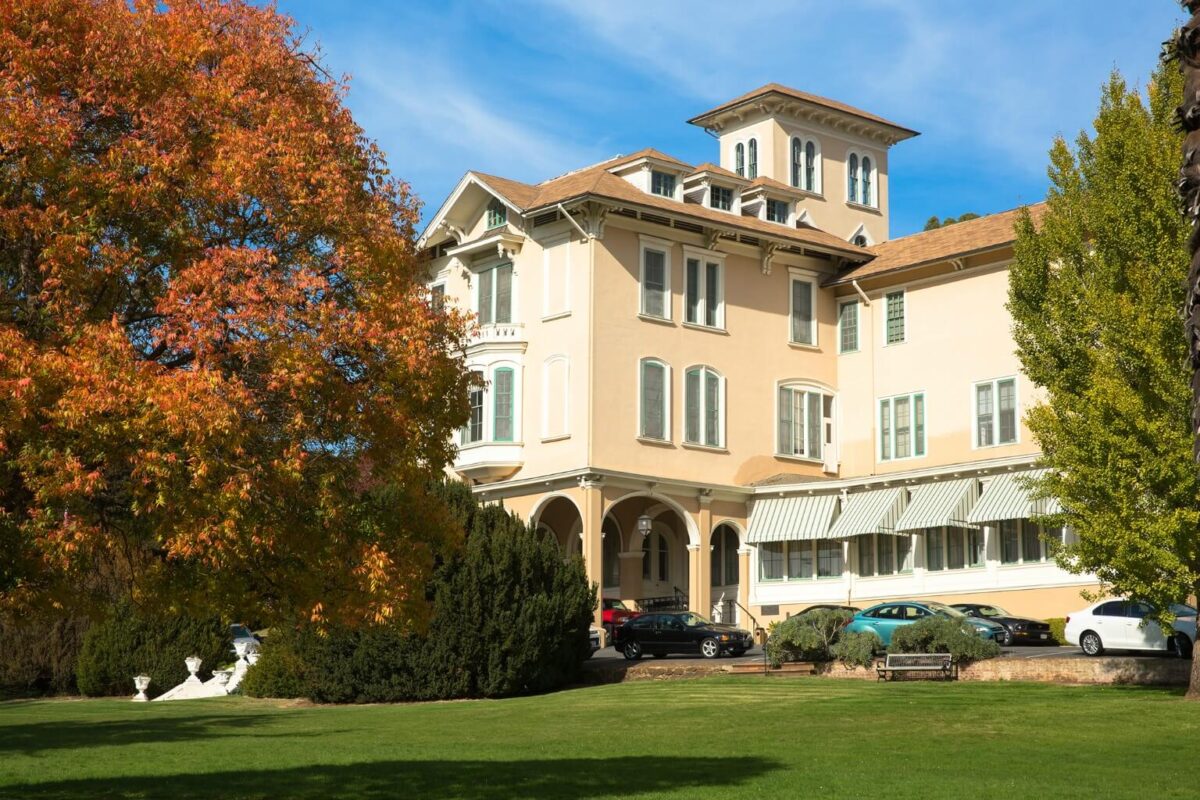 Located on the campus of Notre Dame de Namur University in Belmont, Ralston Hall Mansion is a National and California registered Historic Landmark and a reflection of the wealth and extravagance of the Gilded Age. Built as a “country house” for William Chapman Ralston, founder of the Bank of California and a financial backer of the Comstock Lode, Ralston Hall Mansion was completed in 1868 and played a central role in Peninsula and California history.

A steadfast promoter of San Francisco and the state of California, Ralston hosted elaborate social events where he entertained notables including President Ulysses S. Grant, Mark Twain, Admiral David Farragut, Mark Hopkins and Leland Stanford. Architecturally, Ralston Hall reflects a blend of Victorian, Italianate and Steamboat Gothic styles. With 55,000 square feet, four stories and a large basement, it features an opera box entry modeled after the Opera Garnier in Paris, 20 custom designed French crystal chandeliers and a mirrored ballroom inspired by the Hall of Mirrors in the Palace of Versailles.

Starting in 1885, Ralston Hall Mansion served as Radcliffe Hall, a girls’ finishing school, and the Garner Sanitarium, before being purchased in 1923 by the Sisters of Notre Dame de Namur, who relocated their college from San Jose. For 92 years, the building housed administrative and faculty offices and served as a venue for a variety of university events. However, in 2012, due to safety concerns about the building’s ability to withstand another major earthquake, Ralston Hall Mansion was closed. Notre Dame de Namur University then launched the Campaign to Save Ralston Hall, which continues to fundraise for the necessary seismic retrofitting and renovations.