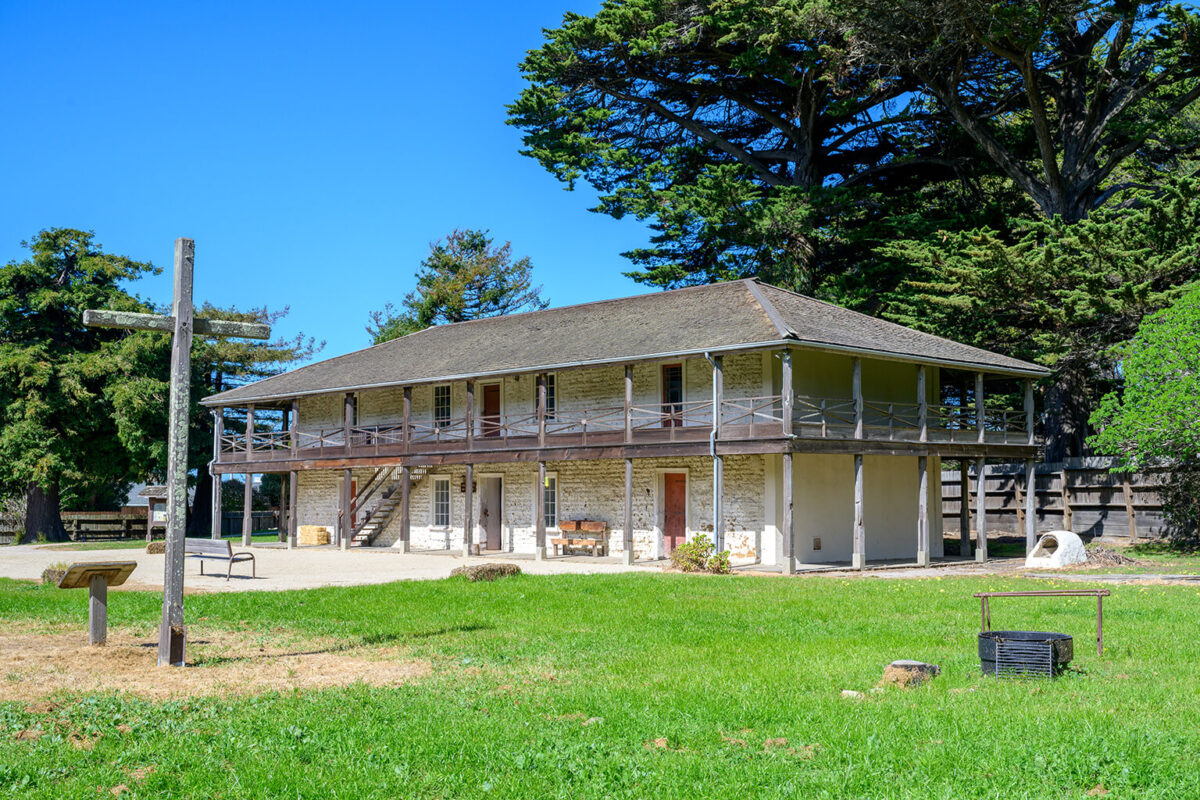 Did you know there’s a place in San Mateo County where the 19th-century chapter of your history textbook comes to life? Don’t let the straightforward architecture and modest sun-dried bricks of Pacifica’s Sánchez Adobe fool you. In truth, this old two-story Spanish building boasts a colorful (and scandalous!) history. Originally the site of an Ohlone village, the land on which the adobe now resides was claimed as a mission outpost by Spanish explorers in 1786. After an epidemic ravaged the area just six years later, the land remained abandoned for decades until the former mayor (alcalde) of San Francisco, Don Francisco Sánchez, was granted the parcel and utilized the area as a rancho to raise cattle. Although Sánchez might have resurrected the adobe, it long outlived him. As the 20th century dawned, the adobe’s owner converted it into the lively Hotel San Pedro, playing host to travelers disembarking from the Ocean Shore Railroad. Throughout the 1900s, the building donned many hats—ranging from an artichoke packing shed to a Prohibition speakeasy (with whiskey stills hidden in the artichoke fields) to a bordello to a hunting lodge. A much more family-friendly attraction these days, Sánchez Adobe hosts the annual Rancho Day Fiesta (mark your calendar for September 17), when visitors can experience life on a historic rancho through dancing, stamping leather, candle-making and other hands-on activities. A quilt show with live music is also held on the property each fall. Sánchez Adobe is free to visit Tuesday to Thursday from 10AM to 4PM, Saturday and Sunday from 12PM to 4PM.