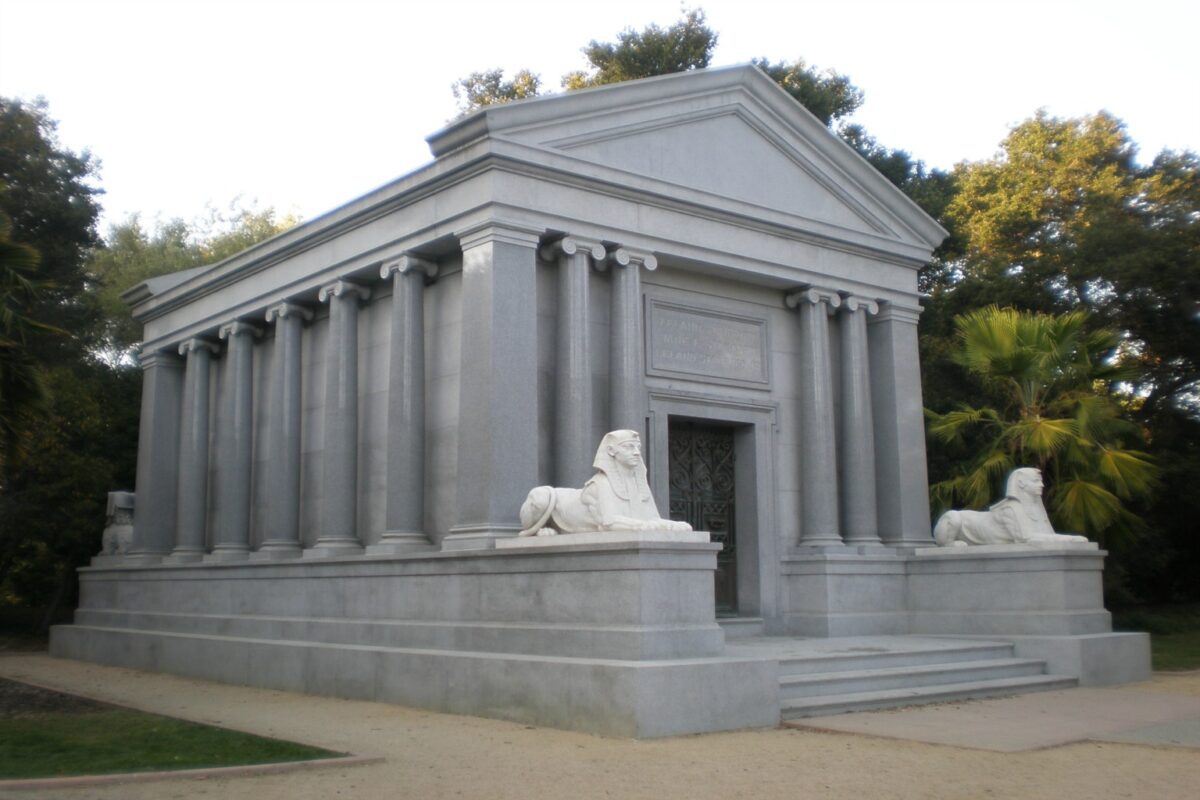 Although the full name isn’t used very often, the home of the Cardinal is technically “Leland Stanford Junior University.” His parents sketched out the plans for what would become a world-class research institution, but young Leland Jr. himself is never far from students’ minds since his final resting place is located just off of Palm Drive in the Stanford University Arboretum. Former California governor and railroad magnate Leland Stanford first bought land on the Peninsula in 1876, in the form of a mansion on what is now Sand Hill Road and a 650-acre ranch surrounding it. The ranch would come to be known as the Palo Alto Stock Farm, and it was the family’s summer home as well as a place for Stanford to practice his hobby of raising horses, hence the name. The property would likely have remained a private residence if not for the untimely death of Leland and Jane Stanford’s only child, Leland Jr., in 1884. After succumbing to typhoid fever in Florence, the teenager was temporarily laid to rest in a vault on the East Coast. Later that year, his remains were reinterred in a “smaller” brick mausoleum on the family property on the Peninsula. This earlier mausoleum was still plenty grand, featuring a sitting room upholstered in gold and purple, a fresco depicting two large angels who bear Leland’s body to heaven and a ceiling decorated with stained glass. It was June 29, 1893—five days after his father’s burial—when young Leland’s lead-lined casket was moved to the structure that exists on campus today, which is the final resting place of the whole Stanford family. Five years later, the university established in Leland Jr.’s memory first opened its doors, and ever since, the mausoleum has stood as a connection between Stanford’s 21st-century accomplishments and the young man who inspired its creation.