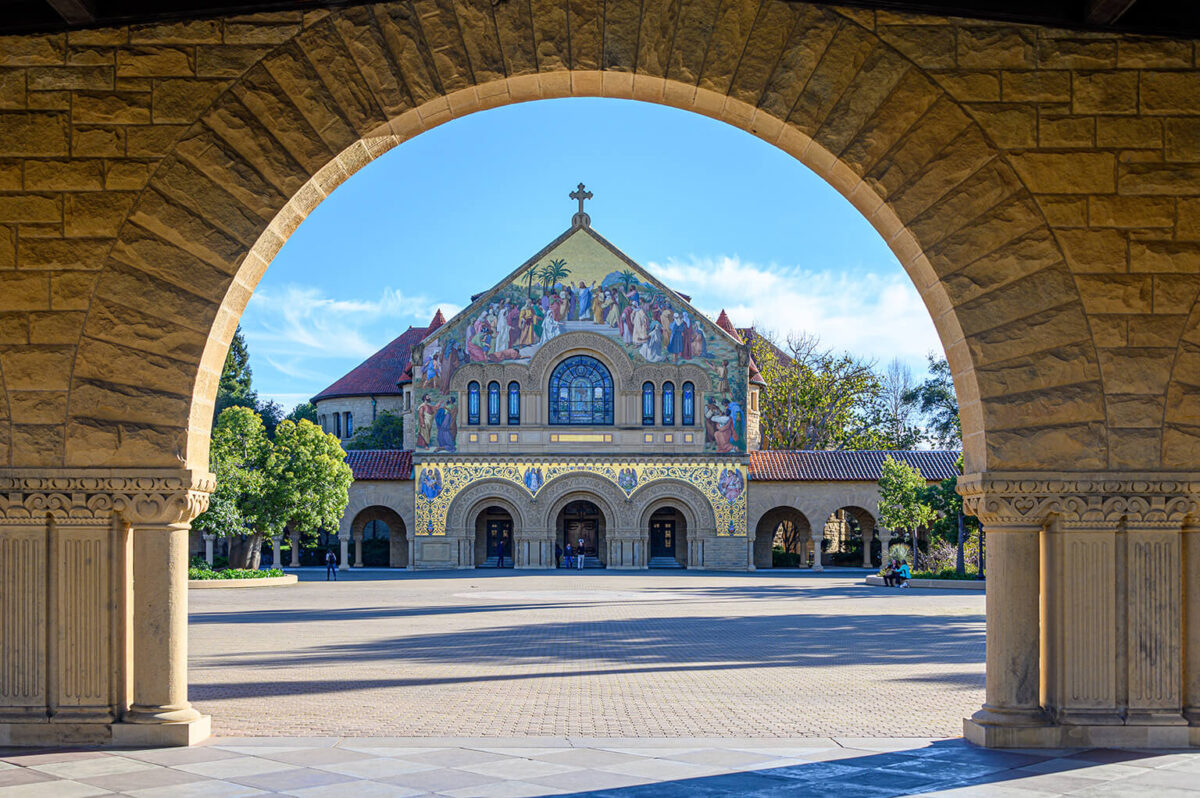 Tilt your head up inside Stanford Memorial Church and you’ll discover Mary, Joseph, Sally and Billy—cherubs with faces resembling the children of university staff who lived on campus during the time the church was built. Jane Lathrop Stanford hired 28-year-old architect Charles A. Coolidge to design the church as a memorial to her late husband Leland Stanford. Construction began in January 1900 with the church envisioned as a nondenominational place of peace standing in the center of the university’s campus. An avid traveler and admirer of European art, Jane drew inspiration from the Piazza San Marco in Venice. After befriending the owner of A. Salviati & Co., a famous mosaic shop in Venice, Mrs. Stanford commissioned him to make a replica of Cosimo Roselli’s fresco of The Last Supper from the Sistine Chapel in the Vatican for the university’s new church. The mosaics were made in Venice, shipped by boat in pieces to New York and then by railroad to California. However, not long after the church opened in 1903, it was heavily damaged by the 1906 earthquake. To preserve the building, the church was disassembled. Each piece was labeled with a number, and the church was reconstructed section by section in a process that took until 1916 to finish. The 80-foot steeple that collapsed in the earthquake was never replaced. “While my whole heart is in the university, my soul is in that church,” Mrs. Stanford once remarked. Today, Stanford Memorial Church continues to play an integral role on campus as a time-honored setting for services, memorials, weddings and concerts. 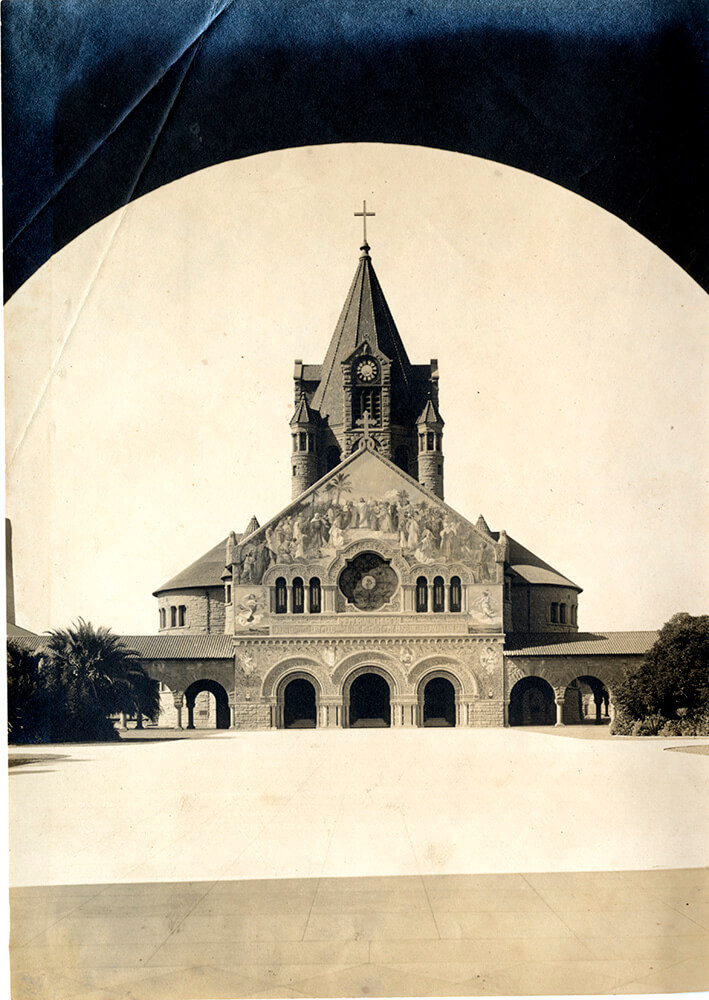