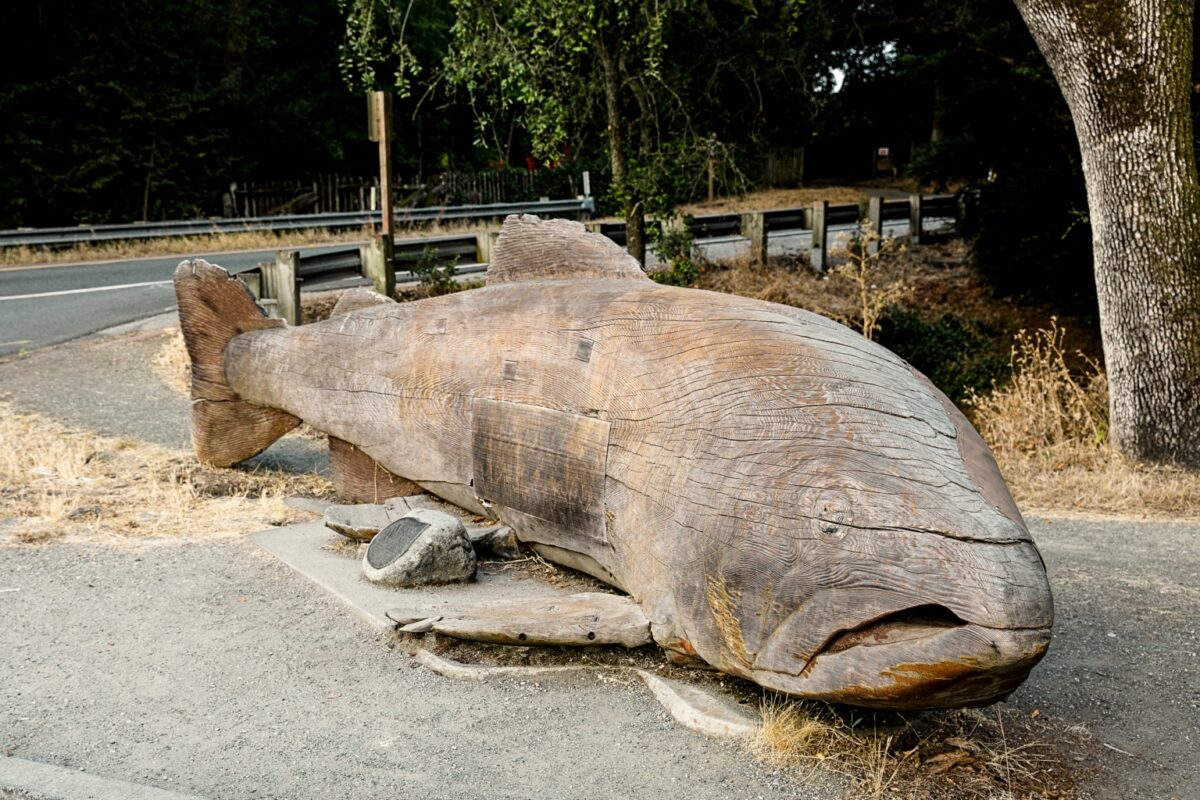 A 21-foot salmon sits outside a neighborhood-favorite restaurant in Woodside, protecting the creek that runs behind it. Don’t worry, he’s made of wood—and his name is Woody. Jamis MacNiven, owner of Buck’s of Woodside, has quite an eye for collecting whimsical décor. As Jamis tells the story, back in the 1970s, he spotted Woody in a fellow’s yard half a mile west of Buck’s. The yard was “chockablock with antique cars and speedboats,” but the fish was a clear standout. Jamis was determined to have him. According to Jamis, the sculpture was brought to life by Enoch Kadashan in the early 1900s out of a single log. He adds that Kadashan belonged to the indigenous tribe Tlingit, meaning “People of the Tides.” The Tlingit people are known for carved totem poles and wooden canoes that display their heraldic crests. Coincidentally, Woody is a silver salmon, the very same type of salmon that spawn in the creek behind him now. It seems that Woody ended up exactly where he was meant to be, thanks to Kadashan’s ambitious carving expertise and Jamis’ mastery of persuasion. You can visit Woody the Fish in the parking lot at 3062 Woodside Road.