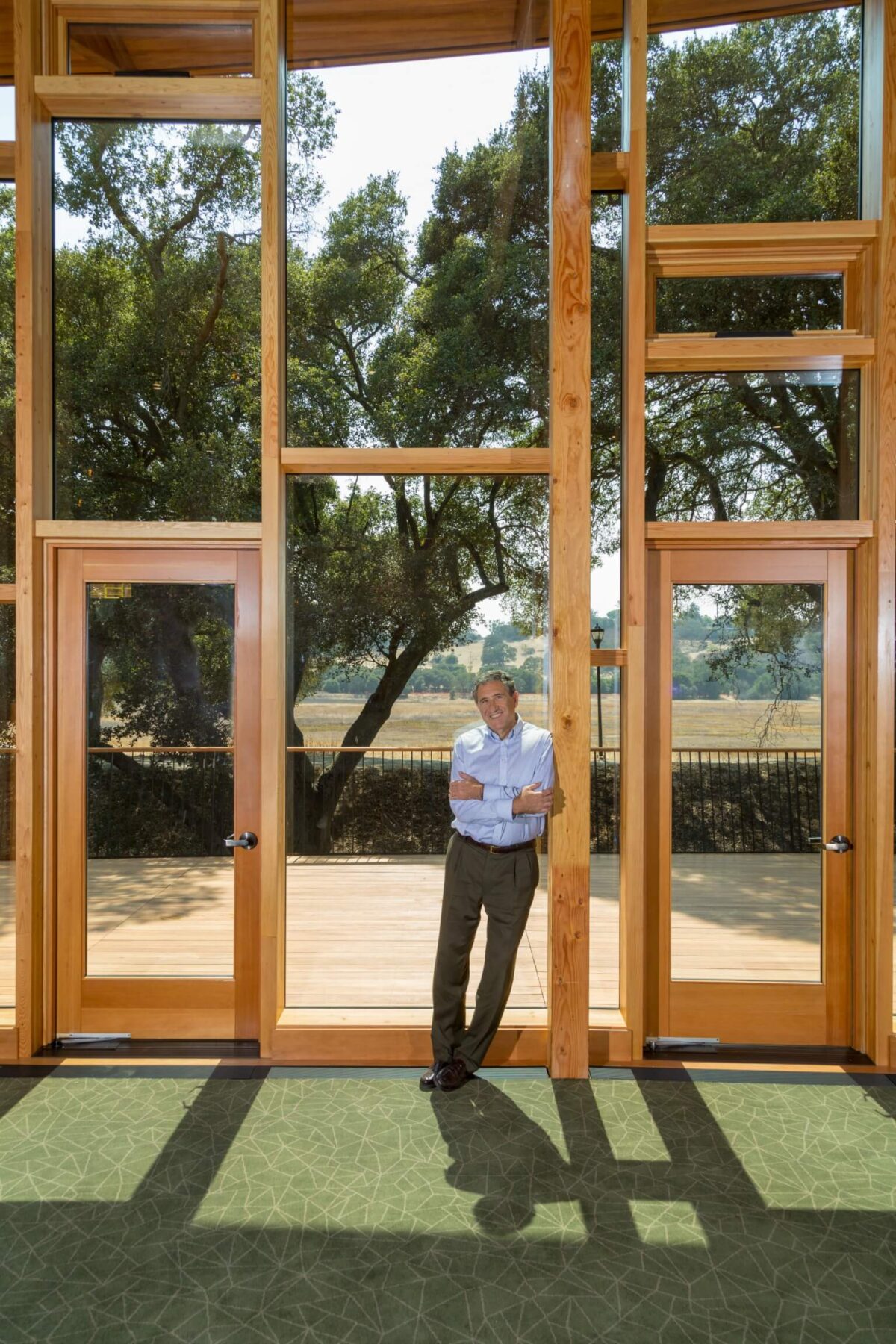 Jeff Wachtel probably wouldn’t be at Stanford if he hadn’t gone to Greece first. It was during the year he spent there in high school that he encountered a group of Stanford professors and graduate students at an archeological dig. A kid growing up in New York City wasn’t likely to hear much about a West Coast institution like Stanford, but that chance meeting when Wachtel was far from home drove his desire to attend college 3,000 miles away from everything he knew. Between arriving on campus as a freshman to his current position as the Executive Director of the Knight-Hennessy Scholars program, Wachtel has rarely left the Stanford campus.

Technically, Wachtel did venture off The Farm to complete a master’s degree in city planning from Cal and a J.D. from UC Hastings, after studying psychology and urban studies at Stanford. (His undergraduate advisor was, by the way, famed psychologist Philip Zimbardo.) Wachtel’s interest in city planning was jumpstarted by an early passion for Robert Caro’s book The Power Broker: Robert Moses and the Fall of New York. During his time as a lawyer, Wachtel mostly focused on housing, which is what led him back to his first job at Stanford, in the Faculty Staff Housing department. Real estate prices being what they are on the Peninsula, Stanford assists new staff members as they move into properties owned by the university. Wachtel retooled the system during his time there, and also became the de-facto city manager of that area of campus. Showing that academics pervades every part of Stanford, he held “office hours” by driving around the staff neighborhoods once a month, stopping his truck to address any residents’ issues. Eventually, Wachtel ended up in the offices of the provost and then the university president, serving as assistant to John Hennessy during his entire 16-year tenure. Hennessy stepped down from his post two years ago, but in some sense he and Wachtel are still working as a team. The two men both are huge proponents of interdisciplinary learning, and Wachtel is determined to expose the scholars in his program to every subject a university can offer. The Knight-Hennessy Scholars are a group of 51 extraordinary young people, all chosen for what Wachtel calls their “proven ability to address lapses in leadership around the world.” The inaugural class arrived on campus last month and will be able to pursue any graduate program at Stanford for the next three years, all sponsored by the Knight-Hennessy program. But Wachtel is determined that the students under his leadership will be learning about more than just their chosen fields. Wachtel, who himself became a musician late in life, is particularly adamant about the presence of the arts. The program will be housed in its own building, still under construction, that will be filled with art pieces particularly chosen to appeal and challenge the scholars who will be working there. In fact, Wachtel is even having the scholars participate in the installation of a sculpture outside the building, so they can feel invested in the entire process of creating the work.

This is the program’s first year, and as its inaugural executive director, Wachtel is still in the process of figuring out his own role. He wants to be a concierge, helping students access all of the amazing resources on campus, rather than an annoying parent. It’s hard to see Wachtel coming across as nagging; he talks often about the wonderful mentors he’s encountered in his career and clearly puts their example to use. His tall, lean frame betrays the fact that he bikes to work, like so many Stanford residents, although his home is in Atherton rather than a dorm. He does drive when he has rehearsal with the Stanford Symphony though; his instrument of choice is a double bass. “I’m the only guy who had a midlife crisis and bought a station wagon,” he jokes. Musician, administrator, unofficial mayor—Jeff Wachtel is certainly leading by example in his mission to turn the Knight-Hennessy scholars into leaders who can do anything.