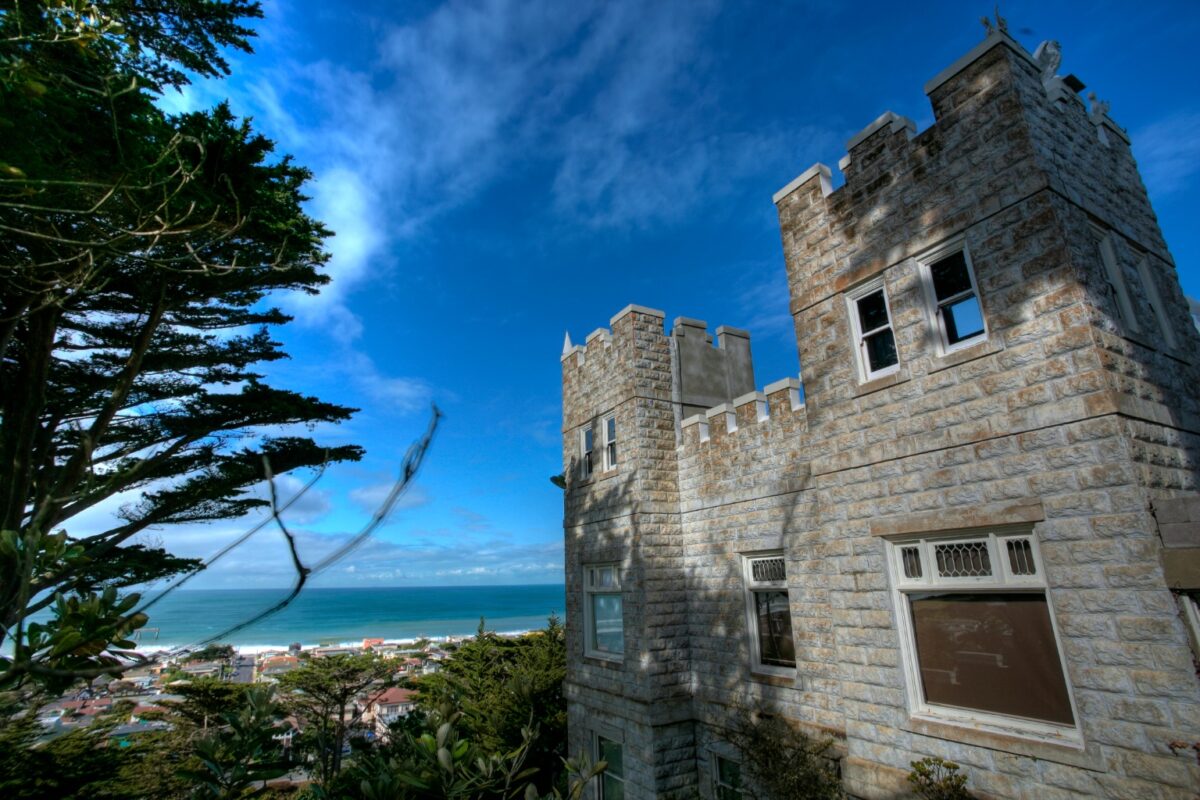 Built in 1908, Mazza Castle’s colorful history has piqued the curiosity of many Peninsula generations. On the heels of the 1906 earthquake, San Francisco attorney Henry Harrison McCloskey (the grandfather of former Congressman Pete McCloskey) bought a plot of land on the craggy bluffs of Pacifica and hired architect Charles MacDougal to design an earthquake/fireproof home to appease the fears of his wife, Emily. Over the years, the castle changed hands many times—serving as the (frequently raided) Chateau LaFayette restaurant and speakeasy during the Prohibition Era and even as a communications center and coastside barracks for the U.S. Coast Guard in the 1940s. Along with the 17 servicemen stationed there, the castle also housed the war dogs that accompanied them on patrols. In 1959, San Francisco painting and interior decorating contractor Sam Mazza spotted the neglected castle, surrounded by tall weeds and in need of significant repairs. He bought the castle for $29,000, and while he never lived there, he restored the castle and filled it with an eclectic collection of art, where he hosted fundraisers and community events. Before Sam Mazza died in 2002, he took steps to ensure that his estate would be used to establish a charitable foundation. Today, Mazza Castle continues to be the headquarters of the Sam Mazza Foundation. The castle is open for monthly tours as well as Castle Music Salon events. To learn more, visit
sammazzafoundation.org