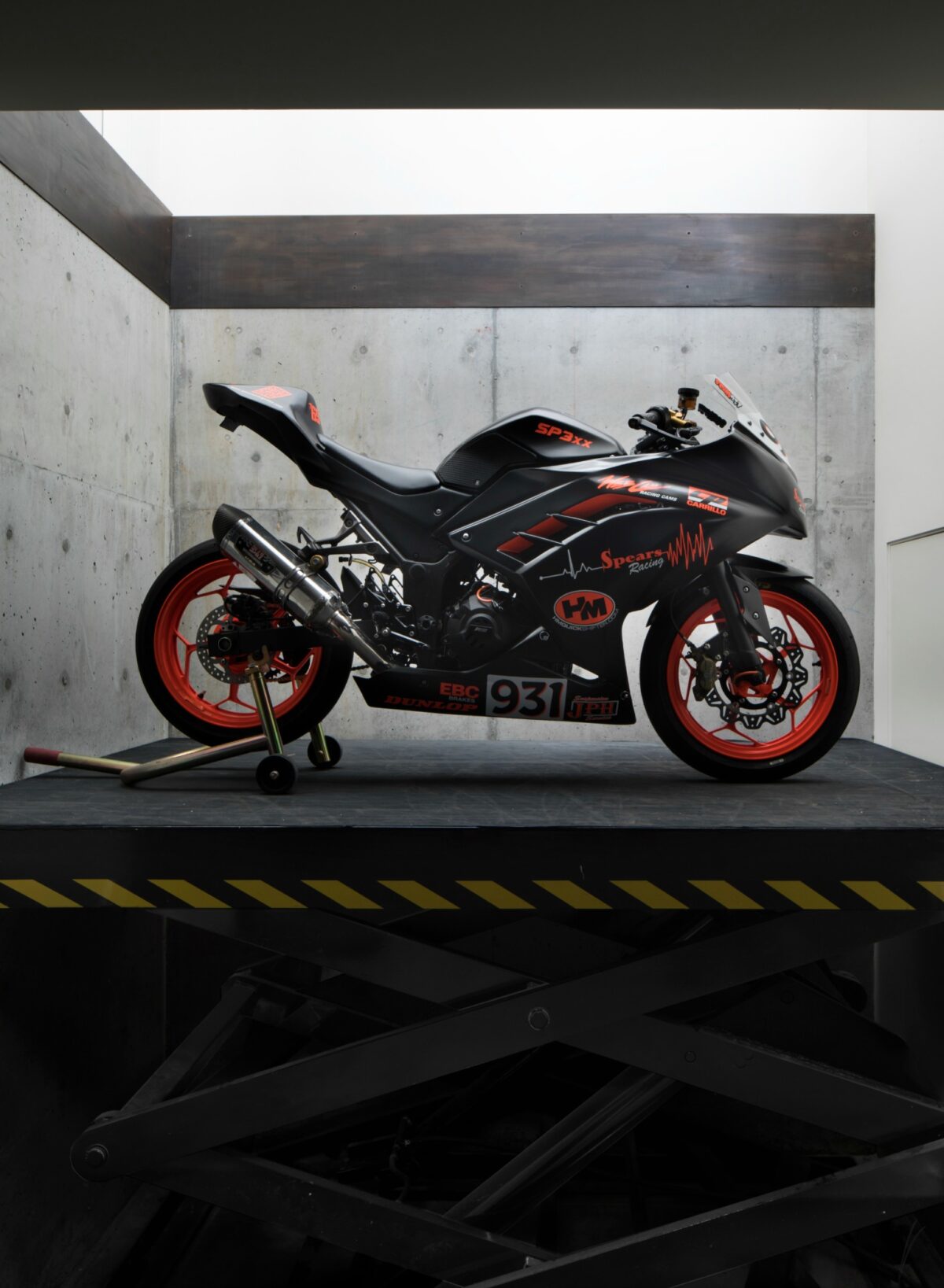 When a young couple met with Menlo Park architect Ana Williamson about their new home, she knew the project was going to be a challenge. “It was a very tight lot with a lot of constraints,” the Columbian-born architect explains. While not having a lot of space is a common problem in Peninsula real estate, Ana and her team were determined to use the constraints of the project to push their own creativity.

Three years later, the finished home is known as The MOTO House. The homeowner’s vision was for a modern, private, light-filled home that would require as little maintenance as possible. The homeowners work as engineers in tech and appreciate the marriage of design and functionality. In their new home, they were looking for an intimacy reflecting their interest in small social gatherings but with durability to keep up with their active lifestyles.

Since the house sits on a corner, ensuring privacy was a concern. However, Ana’s clients also wanted to let in as much daylight as possible, a goal that can run counter to privacy. To achieve both, Ana and her studio created a courtyard concept with high clerestory windows along the street. With the glass near the roofline and above eye level, this type of window let in plenty of light without sacrificing privacy. The small, rear courtyard is surrounded by large glass doors and windows, filling the interior spaces with light and allowing activities to easily flow from the main interior living space. The courtyard is an active entertaining space with a trellised seating area and a pizza oven.

A favorite pastime of the clients is motorcycle riding and racing, hence the project’s name. This hobby meant that Ana had to create sufficient parking space for two cars, motorcycles, a trailer and a workshop with storage for tools. Although they love their bikes, the clients also didn’t want the garage to be the primary experience or face of the home to someone walking by on the street. In the end, Ana designed a garage that is stepped back from the street and includes a hydraulic lift for the motorcycles. The lift can transport the bikes downstairs, where a workshop to repair and store the bikes is located in the basement. Material choices were driven by the clients’ request that the house require little to no maintenance or upkeep. A palette of raw concrete with accents of corrugated metal and raw steel was integral to both the interior and exterior of the home. The clients love color, so the home features punches of color that work with the industrial materials and have some similarity to the bold color of the motorcycles.

Ana describes the process of working on The MOTO House as her favorite type of project. “The owners really knew what they wanted in a house,” she says. “We enjoy working with clients who are looking to push the envelope a little bit. They were a good example of a client that collaborates with us.” For Ana, the final style of a project is much less important than a good working relationship. “It doesn’t matter if it’s Mediterranean, Craftsman, a bungalow—it just has to be good design.”

Ana and her staff of eight can be working on up to 20 projects at a time, all in various stages of completion. As she moves into almost her 25th year as the principal architect of the firm, Ana sees her role as being a design director as well as mentoring the rest of the staff.

Throughout her career, Ana has been surprised at how little most people know about the job of an architect. Converting a sketch on a drafting board into a building where people live is a huge endeavor, and it requires a unique set of skills. While the job is certainly math-heavy and fairly technical, Ana reaches for an artistic comparison when trying to explain the process of bringing a project like The MOTO house to completion. “It’s like being an orchestra director. And then you make music together with all these players.”