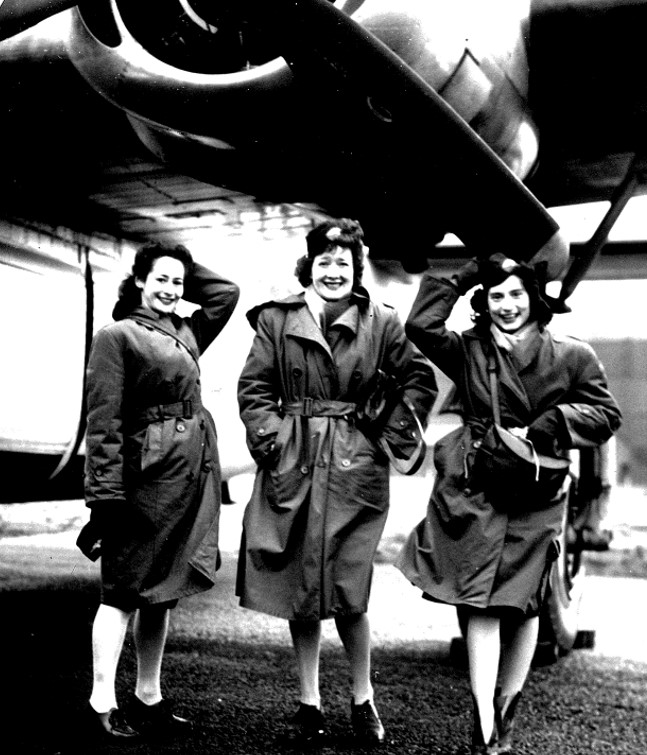 Words by Sloane  /  Louis Persinger featured on the right

As I write this today, it would have been my mother’s 100th birthday. I was born to her very late in life (especially for that era), and so I’m not as old as her birthday might make me seem.

A true child prodigy, my mom’s lifetime violin career began with lessons at age four, and by six she was discovered to have perfect pitch. At eight, she won a scholarship to study with the famed violinist Louis Persinger. At 13, she had her own national radio program and at 16 was a soloist with the Cleveland Orchestra. At the age of 18, she won a fellowship at the Juilliard Graduate School in New York City.

Her career took her all over the world, but her most fascinating accomplishment might have been her time entertaining the WWII troops. At age 21, she was the first concert violinist sent out by the USO Camp Shows, and her stories and photos are featured in the Women’s War Memorial in Washington, D.C.

My mom spent three years traveling to more than 25 countries performing for hundreds of thousands of troops and almost perished several times. In September of 1944, she and her fellow musicians were sent to London. Here are some passages from letters that she wrote back to her parents, my grandparents, during that time.

“The most horrible part about the bombs, I think, is not the noise of the explosion, but the terrible shaking of the earth that it causes. All the pictures fall off the walls, and the window glass breaks, and everything jumps around. Then the deadly quiet which follows, until you hear the ambulances screaming.”

“We are almost dying of the cold. We travel around in open trucks and live in unheated barracks and wash in cold water. It’s impossible to get thawed out at any time.”

“Yesterday we were spending the afternoon playing in the wards and it’s remarkable how the boys who are all bandaged up make jokes about each other. We have already seen some of the boys who came over on the ship with us who have been fighting on the front lines and are back here in the hospital three weeks later with their legs and arms blown off. It’s worth a million dollars to see these faces light up when we come into their wards.”

“We are really sweating out the winter in the ETO. Haven’t gotten thawed out since we’ve been here and most of the time I feel like a frontline infantryman wading around in water and mud and riding in open trucks through rain, sleet and snow.”

“Not long ago, I was talking to a boy in a hospital who had what is known as ‘combat fatigue.’ For some reason or other when the boys get like that, they can’t seem to bring themselves to write home. Whenever possible, I get the addresses of the families and write them. I tell them that I’ve seen their husband or son, that he’s being well taken care of and explain more or less why they haven’t heard from him and that in a little time he will be normal again.”

“Today we played for the rear end of Patton’s third army, which was a pretty big rear end. That show of ours the boys saw was the last thing they did before going on over the Channel into combat again…It’s a shame that the army didn’t let us accept the command performance before King and Queen but they saw we were so badly needed in the field that they wouldn’t pull us in to do it.”

“I guess I should feel strange being in France now, but these past 17 months have been just one continuous move and I’ve gotten to the point where it doesn’t seem unusual to be anywhere. The backs of all the park benches are gone as the people took them off to use as firewood. We are in a beautiful spot here but it is very heavily mined, so we have to be very careful about watching where we step.”

“The camp where we’ve been playing for the repatriated allied soldiers of war is nothing but mud and tents covering several square miles. We play three shows a day on outdoor stages and the audience is so large that you can see them almost as far as the eyes can reach. The boys are brought to the camps in 2 1/2-ton trucks and they’re packed so tightly that they all have to stand. The procession of trucks seems never-ending—all day and night they are coming in. They stand in line for their first cooked meal in two years, still wearing their German prisoners’ clothes.”

“Life has been so full and beautiful that it’s almost more than one can accept. It’s May 8th, and it is V.E. Day. That itself gave me a warm glowing feeling. I could hear cannons going off—cannons of celebration and not of war. It’s been a great honor playing for these boys.”

When I reread her letters, I stand in awe of her adventurous spirit. Happy 100th Mom.