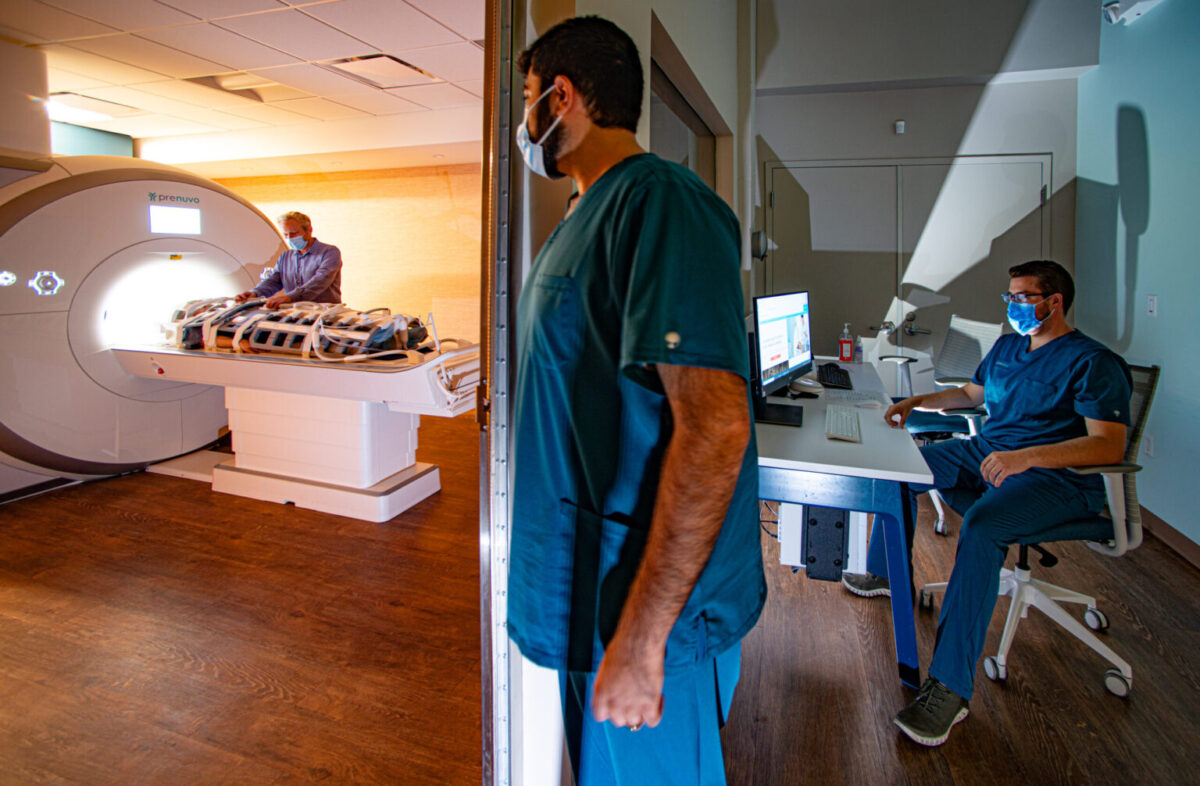 “And I’m going to Carolina in my mind…” croons James Taylor into my headphones, delivering the musical accompaniment I’ve requested for this experience. Slowly breathing in and out, I mentally remind myself to relax: “This is just like final savasana in yoga.” Although I had decided not to open my eyes, I’m feeling comfortable enough to take a peek and perceive the view as a stained glass window of white light. My only job is to lie there and occasionally hold my breath. An MRI technologist’s reassuring voice talks me through the process. Eight minutes deeply imaging the brain. Three minutes on the neck. Twelve minutes on the chest. Sixteen minutes on the abdomen. Four minutes on the back. Six minutes on the pelvis. Extremities are screened in the final few minutes—and then I’m done.

In less than an hour, Prenuvo, a medical diagnostic imaging center in Redwood City, has captured a comprehensive scan—a visual blueprint—of my entire body.

“People can spend all their lives looking at themselves in a mirror but what we see is only literally skin deep,” notes Prenuvo co-founder/CEO Andrew Lacy. “What we’re doing is peeling back the curtain.” 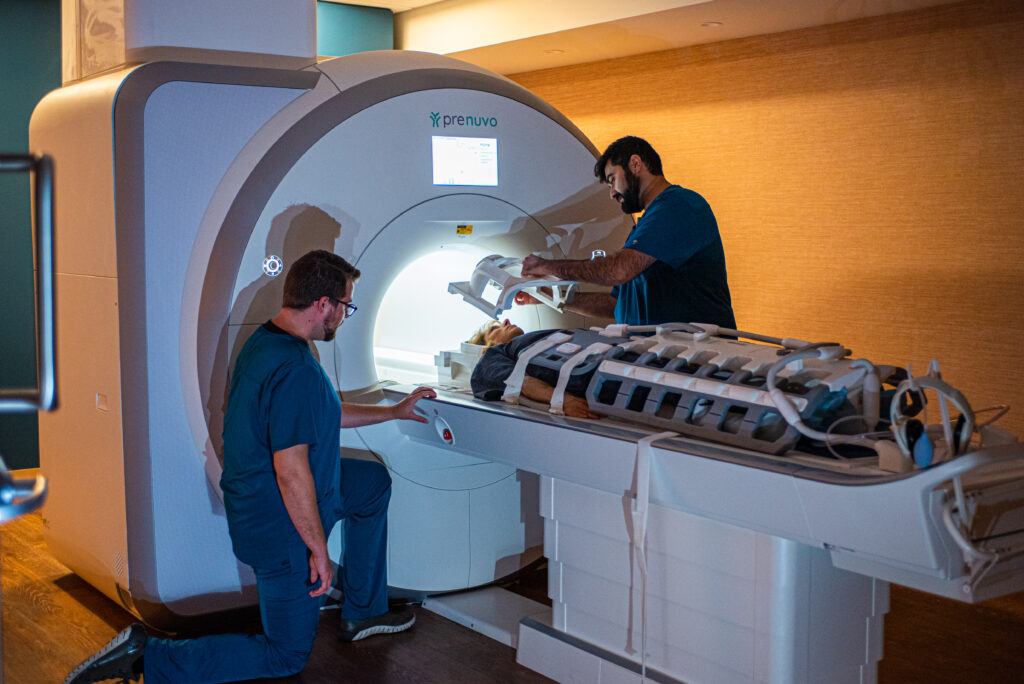 Full-body scans got a deservedly bad rap in the early 2000s, when companies set up shop in shopping malls with CT technology that radiated patients with questionable accuracy. The medical and engineering wizardry behind Prenuvo’s novel approach (with zero radiation) stems from Vancouver BC-based Dr. Raj Attariwala, whose insatiable curiosity led him to pursue a PhD in biomedical engineering and an MD in radiology and nuclear medicine.

Although aggressively recruited after completing his medical training, Raj chose a self-directed research path, motivated by memories of tragic loss. “We’ve all known people who look young and healthy, and then they’re diagnosed with a late-stage cancer and nobody can believe it,” he says. “I had several patients like that and also close friends.”

Haunted by the premature death of a high school friend to a brain tumor and his wife’s childhood friend, Reenu, a young mother of four, to Stage 4 metastatic colon cancer, Raj seized upon the life-saving potential of early detection. “Mammography is an example of the power of preventative screening, but the problem with imaging in general is that it’s restricted to individual parts,” he says. “MRIs have typically been very, very slow, and as a result, they’re confined to just one area.” 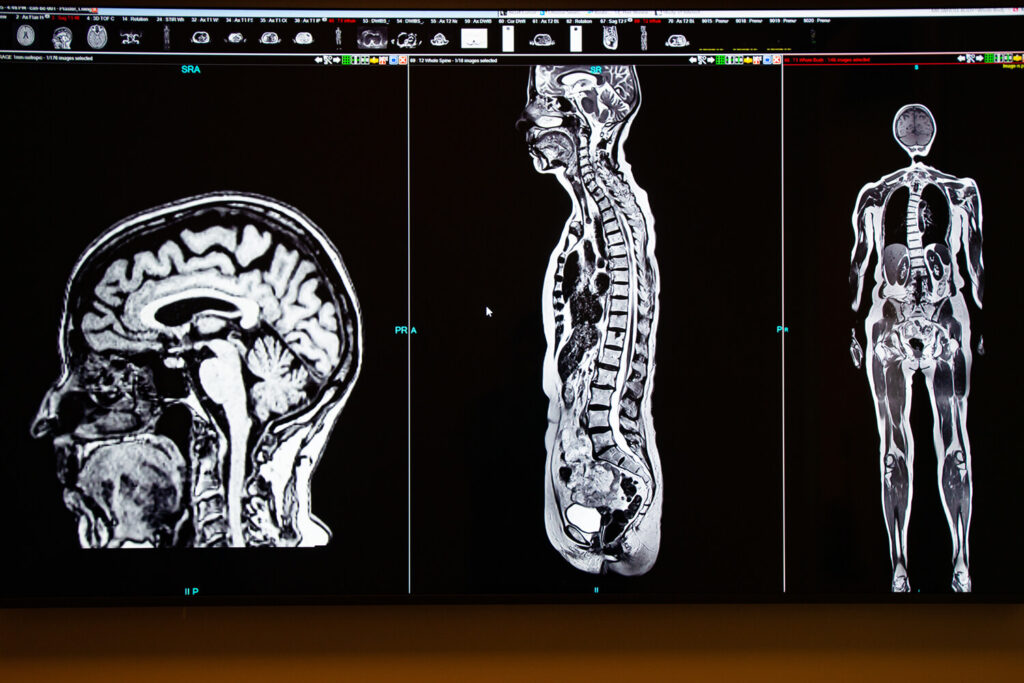 In 2009, Raj bought a high-end MRI machine and began to tinker. “Was it possible to take a radiology device, an MRI machine, and make it behave like a nuclear medicine machine, where you look at the entire body?” he wondered. Raj worked with a team to customize and fine-tune the hardware and then customized software around it. “Our goal from the very beginning was to make sure the images are the most diagnostically accurate images that you can get,” he explains. “We rewrote software to get quicker and quicker, and I added more and more things to the point where we can actually now detect nine of the ten top cancers in Stage 1.” After launching AIM Medical Imaging in Vancouver, Raj recognized that he would need support to scale his innovation. “My passion is science—making things quicker, better, faster,” he acknowledges. “I’m not a business guy.”

Enter Andrew Lacy. By way of Melbourne, Australia, Andrew arrived on the Peninsula in 2003 to earn his MBA at Stanford. Following several successful tech ventures, he was looking to make a meaningful contribution in the healthcare space. When Andrew heard about Raj’s work in Vancouver, he flew up to meet with Raj in October 2018 and undergo a scan himself. “From the second I saw the images, it was so clear to me that this is really what the future of health should be,” recalls Andrew. “The good news was that they didn’t find anything life-threatening and until that moment, I never realized the peace of mind you get from knowing 100% that there’s nothing going on underneath your skin. For weeks afterwards, I felt like I was bouncing off the walls.”

About a month later, Andrew called Raj to discuss a partnership. “Let’s work together,” he said, “and see if we can provide that same peace of mind for other people around the world.” In early 2020, Raj and Andrew launched Prenuvo (Pre for preventative, nuvo for new with the “renu” in the middle in memory of Raj’s family friend Reenu) as a diagnostics company focused on the early detection of cancer and other diseases. They selected Silicon Valley—Redwood City—as Prenuvo’s first U.S. location. “People here are early adopters of new technology,” observes Andrew. “And physicians here are very good at referring patients when the evidence is strong that this can help people live longer and healthier lives.” 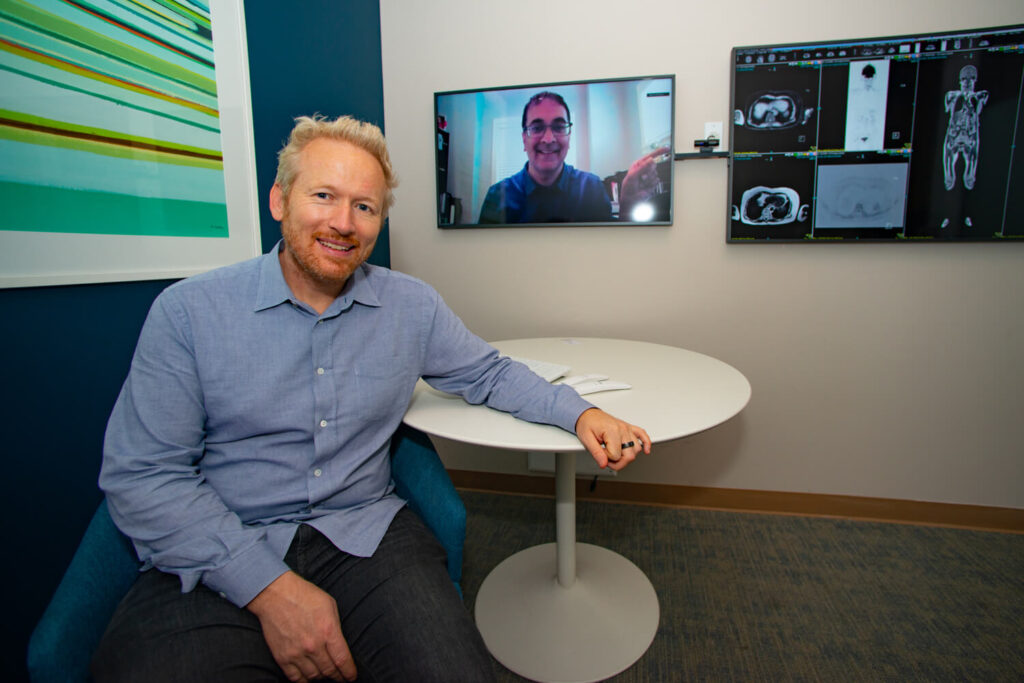 For patients, the process begins with submitting medical history through an online questionnaire. When it’s time for the MRI scan, light receiver coils are placed on the body, allowing for the capture of up to 2,000 images. As Raj describes it, the coils and cacophony of noises essentially allow the machinery to look at you (and listen) in cross-section—like an AM radio tuned to the unique signal that hydrogen gives off in fat, water and protein.

Once the images are captured, Prenuvo radiologists check for more than 360 conditions including solid tumors, aneurysms, cardiovascular disease, disc bulges and arthritic degeneration. Trained eyes search for signs of abnormalities, inflammation and early lesions. On average, Raj says that Prenuvo detects a life-threatening condition in about 5% of patients who come in for preventative scans. “We’re able to see things well ahead of time—before they become a problem,” he emphasizes. “That’s really quite powerful because if you find it early, you can actually correct for it.” Andrew nods. “We are only just getting started,” he adds, “and we are already providing a potentially life-saving diagnosis a day.”

When it’s time to hear my results, I’m told, “Here’s the headline: Things are all good.” I let out a breath I didn’t know I was holding. Now I can simply be fascinated as I take a visual tour of my inner-workings. I see my cerebellar tissue and a baseline scan of my hippocampus region—which is a predictor for Alzheimer’s disease. “Your brain here is perfect—it’s like a textbook,” I happily process, sending packing any concerns about occasional bouts of forgetfulness. The meet-myself tour continues through my salivary glands, thyroid and lungs. Check. Breast tissue. Liver. Bile duct. Spleen. All perfectly normal. No gallstones in my gallbladder. No sign of any precursors to pancreatic cancer. As we work our way down, my spine reveals an explanation for occasional neck and hip pain—minimal symptoms but they could progress. I now have a medical incentive to be conscious of good posture. “So, that’s you,” my scan consultation concludes, followed by instructions for accessing all of my images and a written report on Prenuvo’s app. 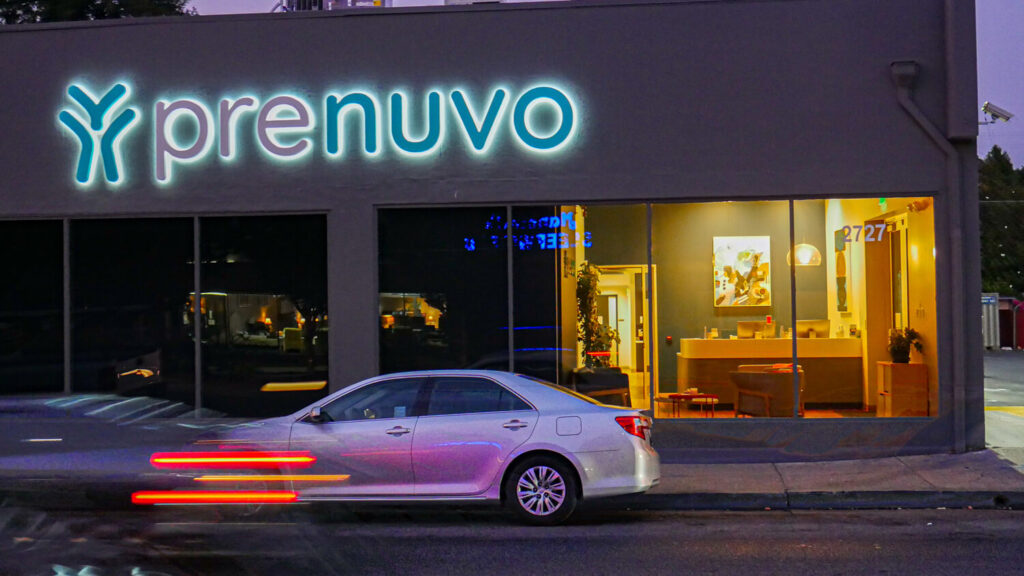 Raj’s initial vision was to make efficient MRI whole-body imaging possible and the next phase calls for expanding Prenuvo to multiple sites. At the current speed, scans range from $999 to $2,499 with the ultimate faster/cheaper goal being a 15-minute scan that runs about $300-$400. “That’s where we can really transform healthcare globally,” Raj says, noting that it will require better hardware and the support of the computer science and artificial intelligence communities to get there.

As Andrew looks out five to ten years, he envisions Prenuvo playing a similar role to a dentist—in that you would go for a routine checkup (or scan) of your entire body, regardless of how you’re feeling. “The accumulation of images that we take over many different visits helps us get better and better at diagnosing disease and cancer much earlier,” he points out. “The real goal is to demystify these images so patients understand them. At the end of the day, nobody’s going to look after yourself better than you.”