Through the Lens of Teddy Miller 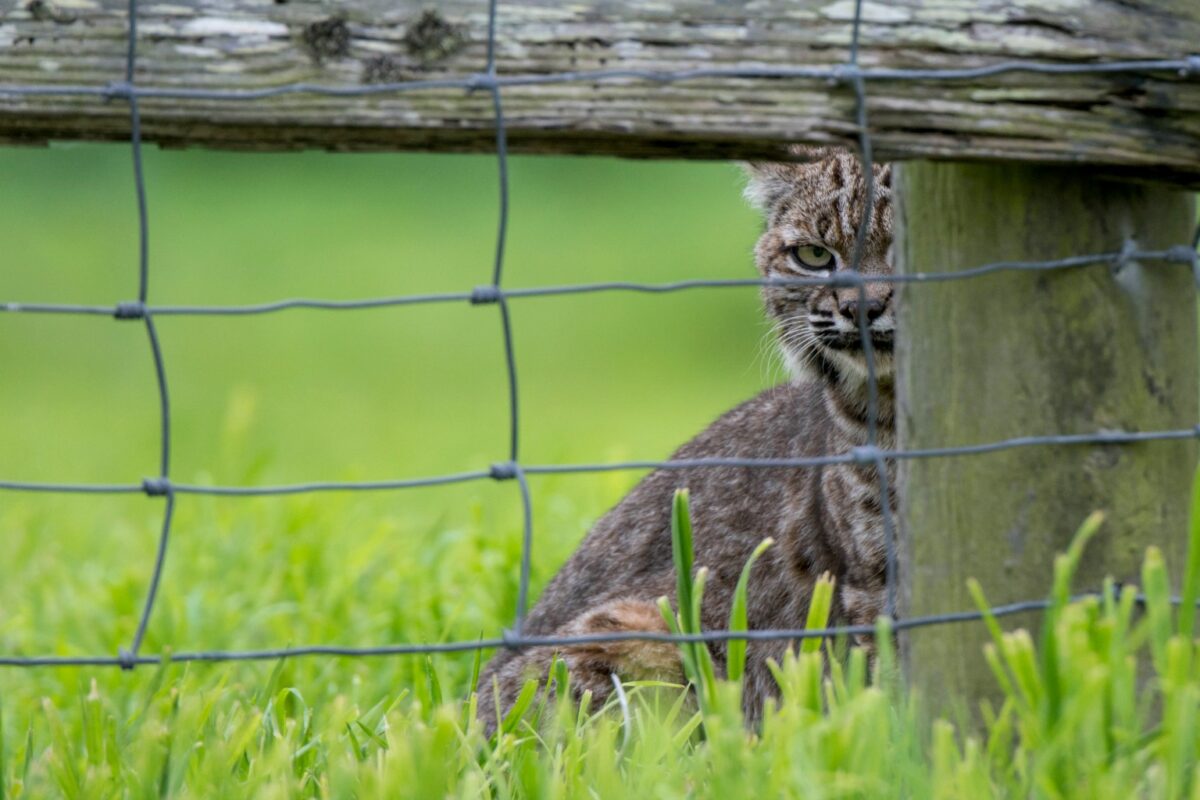 If you walk down the first floor hall of Lucile Packard Children’s Hospital you might notice a large photo of a bobcat hiding in the grass. If you are holding the hand of a child, she’ll be looking at the smaller photos of the hawks or the deer that are just below, directly in her line of sight. In the next set of photos, the largest one of grazing sheep will be down low, peering back at the child, with different, smaller photos drawing attention above.

The photographer who captured these images is Teddy Miller and the style of display is intentional. When the photos were being installed in the newly renovated hospital, Teddy envisioned placing the large 30” x 60” photos both up high and down low, to appeal to both small patients and their parents. In this series, titled Skyline to Sea, there are 25 black and white photos of both farm and wild animals, in water, on land and in the sky.

It was a memorable day when Teddy saw his photos go up in this soon-to-be-busy hallway. He was surprised that the hospital wanted prints in black and white, but came to understand that there is already a lot of colorful painting and sculpture in the building, so that his photos would offer a different experience. Once the hospital was open, he was able to see what they meant—looking down the hall, he would see children stop and point at cows seen through a barn window or a quail with its distinct comma-shaped crest.

“That was one of the most rewarding things I’ve ever done with my photography,” Teddy says. “It was pretty wild to see kids walking down the hallways with their families. They didn’t know it was me and I could stand there like a fly on the wall to see them stop and look up. I really hope it gives them an escape from whatever scenario they are in.”

When Teddy first started taking photos he had no idea where it would lead. He grew up in Woodside and his father, Brad, always had a camera in hand. Teddy remembers Brad packing 30 rolls of film when they went on vacation. And what seemed like overkill back then, now makes sense to Teddy. When a roll was done, or when they’d return from a trip, Brad and the kids (Teddy has an older brother and a younger sister) would head down to One-Hour-Photo in Redwood City to get them developed and printed as soon as possible.

In middle school, Teddy started taking his own photos. Using one of his dad’s old cameras, he and his brother Jack captured action shots of each other skateboarding. Just like their father, they wanted to see them right away so they would ask their mother to make the trek to Redwood City. Teddy’s interest continued at Menlo School, where he took a photography class followed by AP Art with a focus on photography. Then there’s a gap in Teddy’s photography; at Cal Poly he found it difficult to keep up his hobby. But two years in, he took some time off from studying and started working on a 3,000-acre ranch near Pescadero. For Teddy, the ranch was a photographer’s dream and he credits his experience there as the impetus for his return to his craft. He worked as a ranch hand all day, doing everything from herding cattle to mending fences. And then at dusk—when the work day was done—it was the perfect time to take out his camera. That’s when he› started to get serious about photography.

When you look at many of Teddy’s photos, you immediately know that there was patience involved. Particularly when you see something like a leaping coyote—that photo could only have been taken by staying in place and waiting. And waiting. And even then, there’s never the guarantee of a pay-off.

“It’s very rare that you are going out and there’s a leaping coyote,” Teddy says. “More often than not, you’ll see a coyote or bobcat and they’ll get spooked but then you have their territory and range, which is only so big. When you go back that evening or at the same time the next day, the goal is to see them before they see you. I don’t hunt but I imagine it’s similar. You anticipate their movement.”

In addition to wildlife, Teddy specializes in surfing photography—partly because of his own love of surfing, and partly because one of his clients is, Surfer Magazine. Teddy’s voice takes on a new energy when he talks about going into the water. With his wetsuit and fins on and a waterproof hood on his camera, he swims out to where the surfers are waiting for the waves. It’s a two-fold physical and intellectual challenge for Teddy—timing the wave, which is something that surfers need to master—and also positioning himself where the rider is going to be to capture the perfect shot.

What started out as a hobby is now a full-time vocation for Teddy—with a growing roster of clients ranging from The New York Times and Stab Magazine to Tepui Tents and Marine Layer Clothing. And although he’s aware that it’s a tough professional pursuit, he’s committed to making it work. “I’m just not suited for a nine-to-five job,” he admits. Getting his father’s nod of approval also was a factor. “When I started falling in love with photography, he was happy to help rather than tell me it was a pointless career,” Teddy acknowledges gratefully.

He also takes assignments from Peninsula Open Space Trust, which preserves 76,000 acres of public open land. Whether he’s creating photo documentation or marketing materials, Teddy especially treasures his solo access to remote, protected areas. “Instead of capturing a vast landscape shot, I’m becoming more interested in highlighting a specific scene—something that can evoke emotion or a special moment in nature,” he says. Now 30, Teddy lives with his wife, Nicole, and their dog, Honey, just over the hill, close to the coast and the nature that he loves. Having grown up in Woodside, surrounded by horses and the hills of the Peninsula, he’s drawn to anything rustic and outdoorsy—be that animals, barns, old fences or landscapes. Teddy particularly likes the solo trees—maybe because they’re solo like he is when he’s trekking through the open space. And he’s always willing to invest whatever it takes to get a shot that’s as natural as possible. “Sometimes you’ll sit there a long time and it doesn’t always pan out,” he reflects, before channeling a surfer’s vernacular. “But when you get it, it’s sweet!”