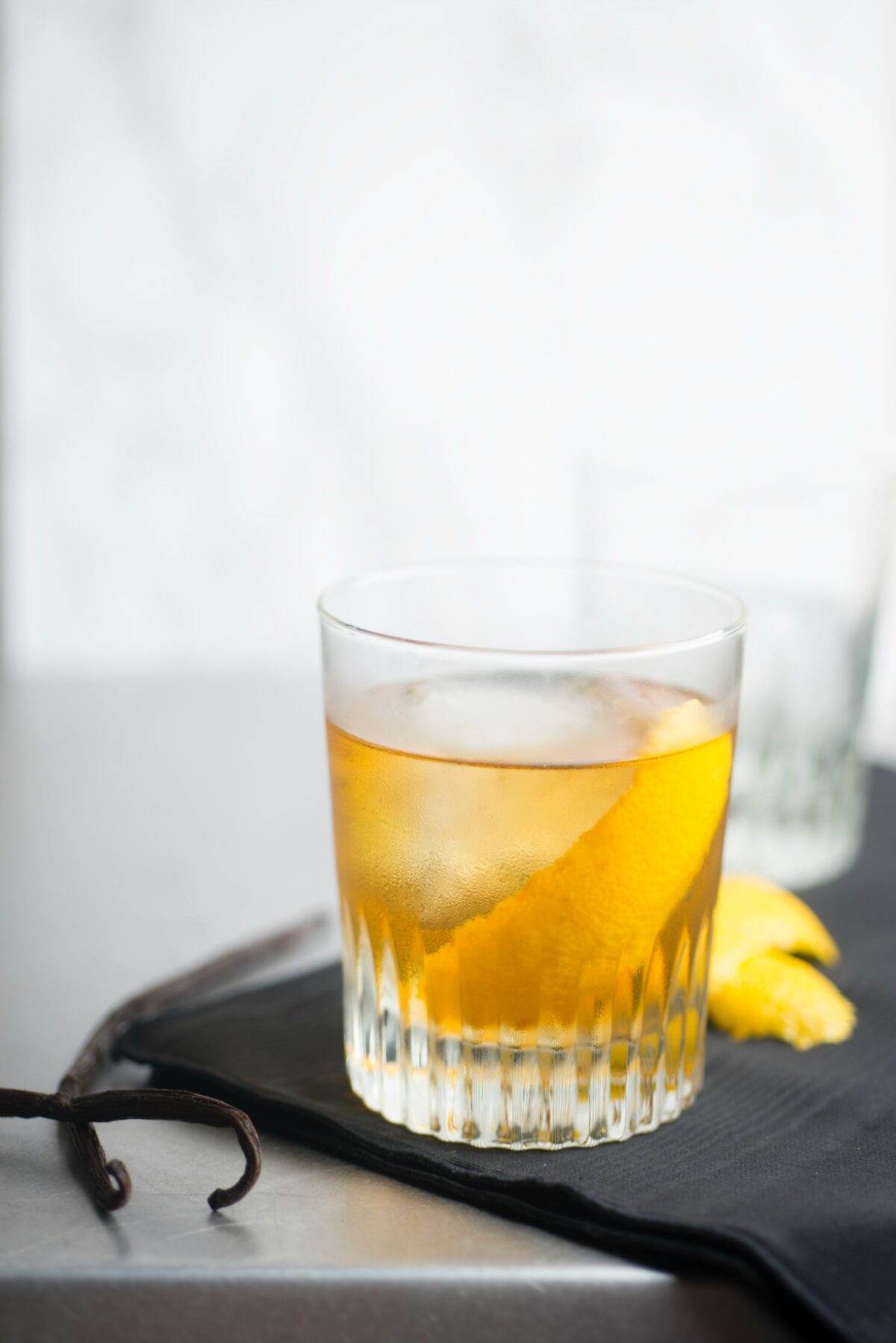 Protégé bills itself as a casual fine dining restaurant, which sounds like an oxymoron but is actually an apt description. Led by Master Sommelier Dennis Kelly (The French Laundry) and Chef Anthony Secviar (Akalare, El Bulli and The French Laundry), this California Avenue spot is doing its best to strike a balance between high-quality, meticulously prepared food and a laid-back atmosphere that fits our area. At the bar, the staff is also walking a tightrope—creating cocktails that echo the familiar classics people are used to drinking but made with fine-dining techniques that elevate them to the next level. That includes devising a syrup with gum Arabic (a bag is just a few dollars on Amazon) and vanilla to make their version of maybe the most classic of drinks, an Old Fashioned. Another secret is seasoning the drink with just a hint of salt, which sounds strange but you’ll just have to trust them. To make a 20 percent saline solution, mix 20 grams of salt with 80 milliliters of water, then shake it up in a closed container until it’s clear. Store in an eyedropper or other bottle that will allow you to measure out a tiny amount; the goal is to make a balanced cocktail rather than a salty one.

Bring water to a boil and slowly whisk in gum Arabic (it will still look lumpy). Pull from heat, bring down to room temp then seal in an airtight container. Over the next 24-48 hours, the gum will homogenize in color.

Split vanilla bean in half and scrape the interior. Combine vanilla, sugar and water and bring to a simmer. Whisk until sugar is dissolved and let cool to room temperature. Strain out vanilla bean. Add 50 grams of Arabic syrup to Demerara syrup and whisk to combine.

Combine ingredients in a mixing glass, stir until cold and then strain over a large cube. Peel a strip of orange zest and express oils over the cocktail, and serve.