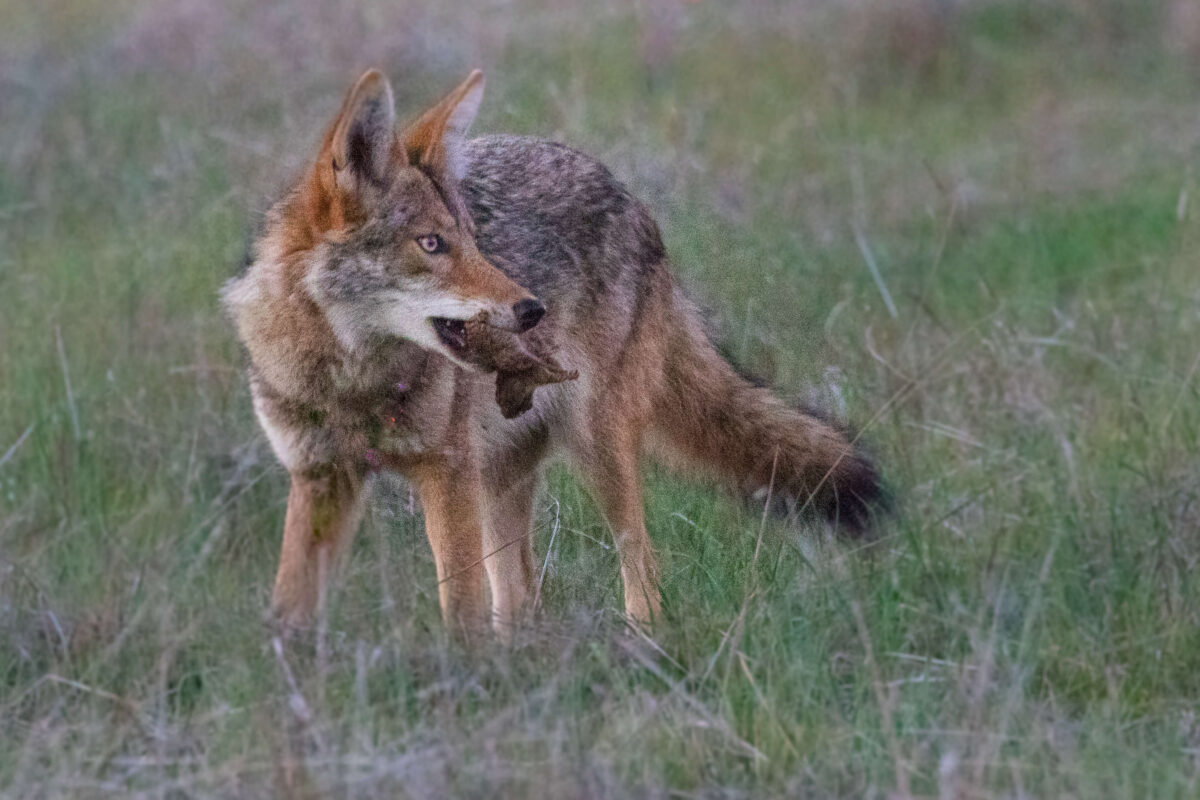 We are not alone. However, with a few squirrely exceptions, wild mammal sightings are relatively uncommon on the Peninsula. Our animal relatives tend to be quite secretive: mostly living underground, inhabiting dense foliage or hiding during the day. Because of this, we often find chance encounters with these covert critters surprising, and if you are like me, delightful. Of course, spotting them is one thing—it’s even more challenging to capture these elusive neighbors with a camera.

Coyotes (Canis latrans) are closely related to domestic dogs. Wild coyotes have adapted well to humans and can be found in local parks and open spaces and even wandering through populated suburban areas and cities. Coyotes are active in the day as well as dawn and dusk (diurnal and crepuscular), but they will usually give people a wide margin. This coyote with a pocket gopher in his mouth was photographed near The Knoll on Stanford University campus. 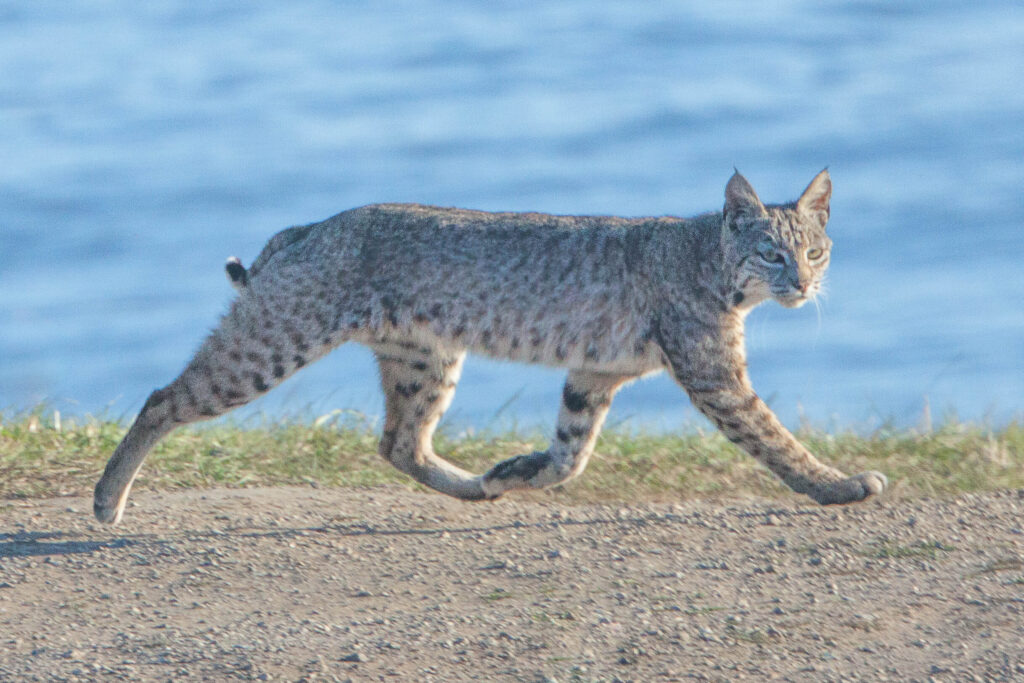 This bobcat (Lynx rufus) is cruising along the open space areas near the coast. On the SF Bay side of the Coast Range, bobcats tend to hang out in wooded areas and are less frequently seen. When they are spotted, they are often mistaken for creatures as small as house cats and as large as mountain lions. Bobcats are usually quite shy, so it is useful to have a telephoto lens handy. 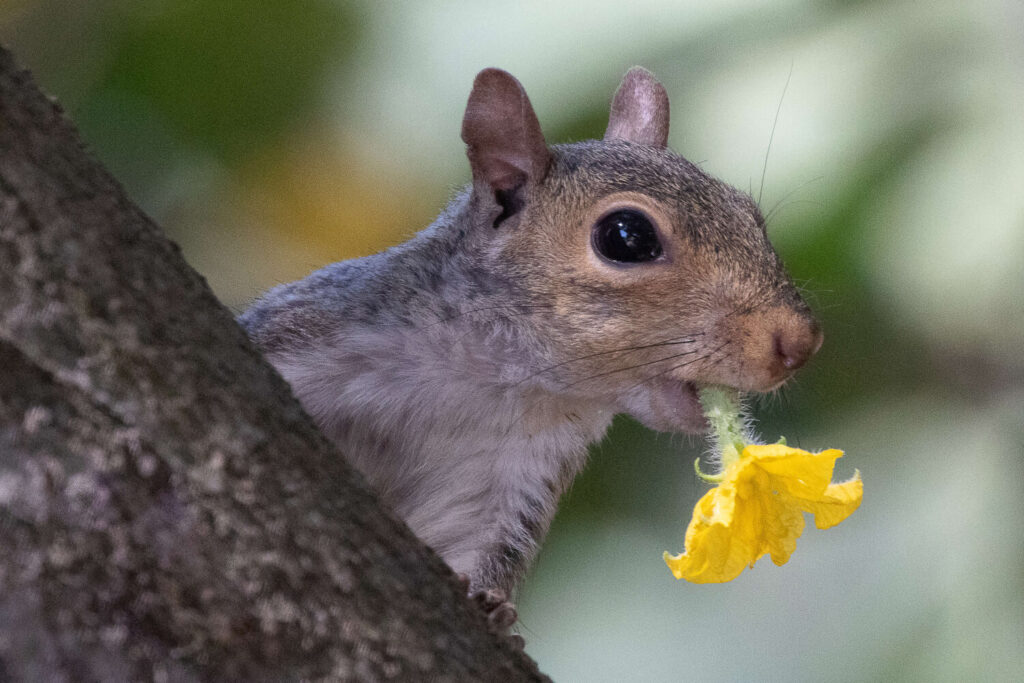 One commonly seen wild mammal, the Eastern gray squirrel (Sciurus carolinensis) is considered an invader to the Peninsula. This East Coast species can displace the indigenous tree squirrels. They thrive in suburban areas, raiding gardens and fruit trees and bird feeders. This particular fellow has grabbed a flower from the Eleanor Pardee community garden. 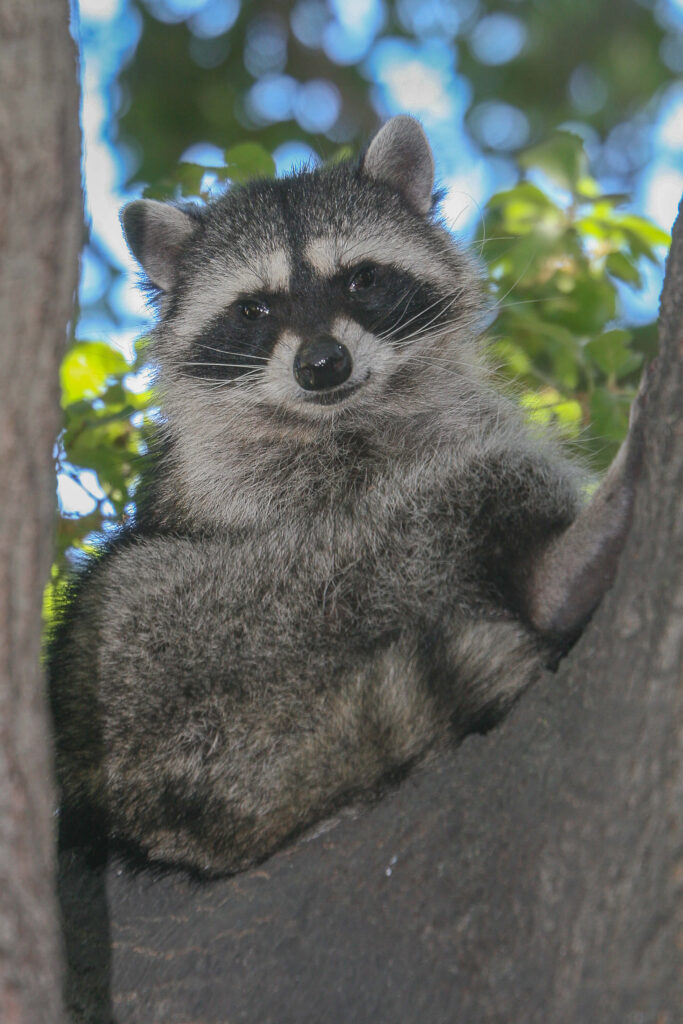 The raccoon (Procyon lotor) made a fashion statement long before masks were trendy. Though usually nocturnal, this masked bandit was kicking back in a Palo Alto neighborhood tree. Some of us have woken up to find sections of our lawns neatly rolled up where raccoons have been looking for tasty grubs. Garbage cans may also be overturned in search of leftovers. Traveling as a family unit, raccoons can be seen emerging from or disappearing into storm drains and ditches as they go about their nightly rounds. 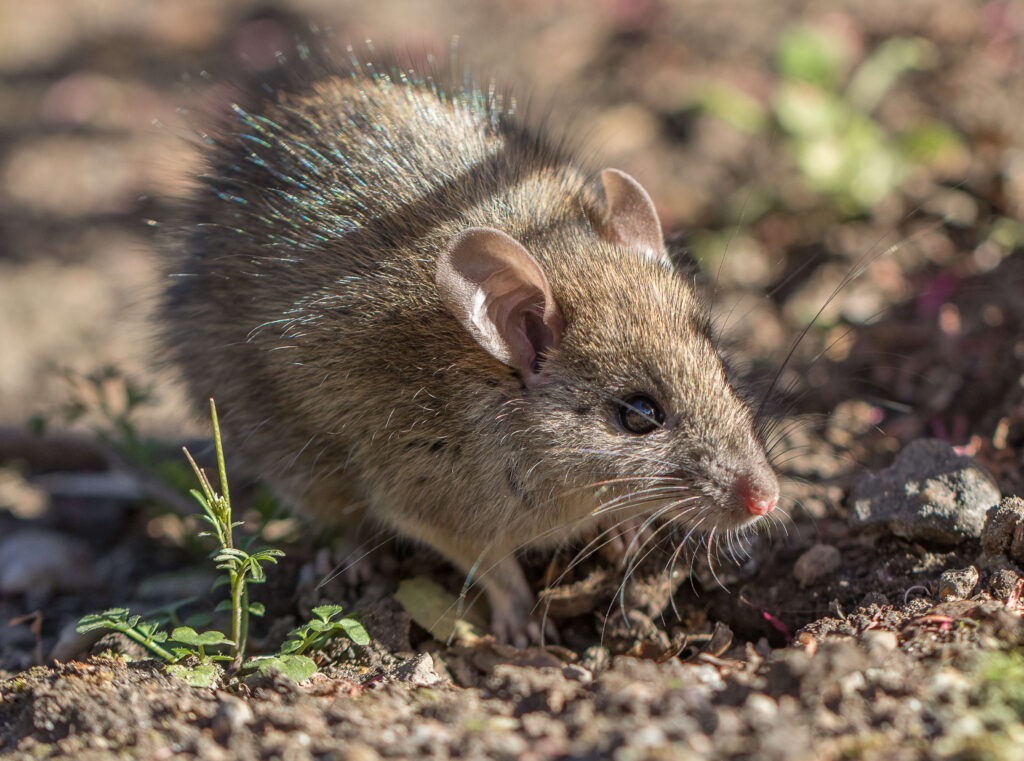 The black rat (Rattus rattus) is well-integrated into Peninsula communities. This cute little creature was wandering around Lincoln Street in Palo Alto. During the Age of Discovery, explorers and merchants traveled around the world unwittingly bringing these Old World rodents with them. Historically, black rats were thought to be the scourge of the Middle Ages. With the rats came fleas and with the fleas came the bacteria that caused plague. 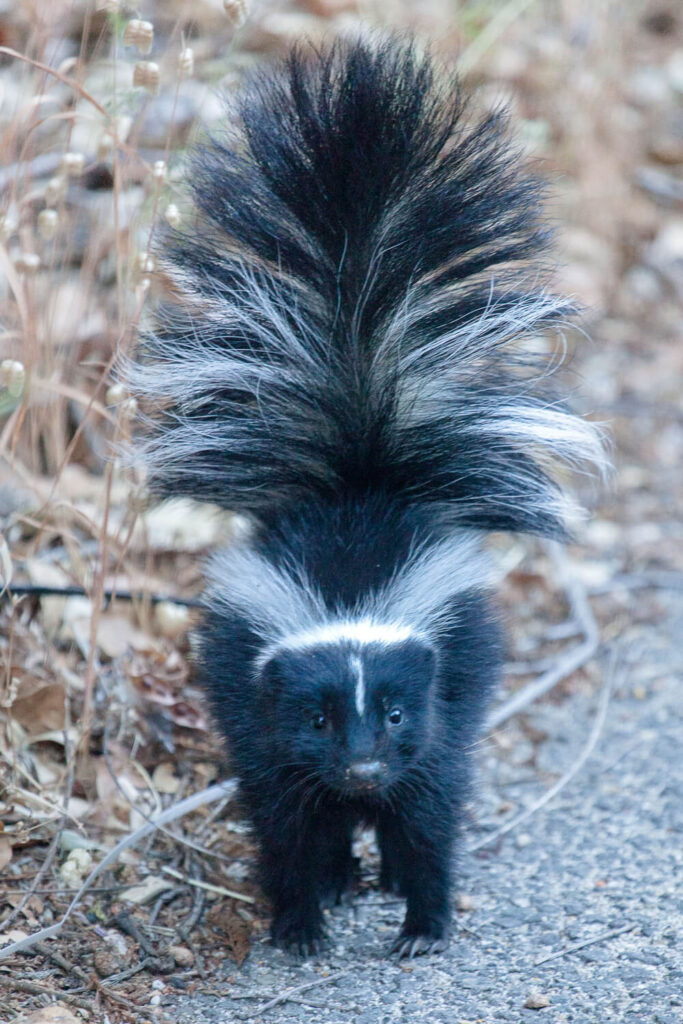 Mephitis is an archaic word referring to a noxious or foul-smelling odor, a stench. Perhaps it is not surprising that the scientific name for the striped skunk is Mephitis mephitis. It is unusual to see a skunk in our Peninsula neighborhoods, particularly in the daytime. But it is not so uncommon to smell one. They are around. I try to get close enough for a good picture but far enough to avoid the skunk’s stinky defense response.