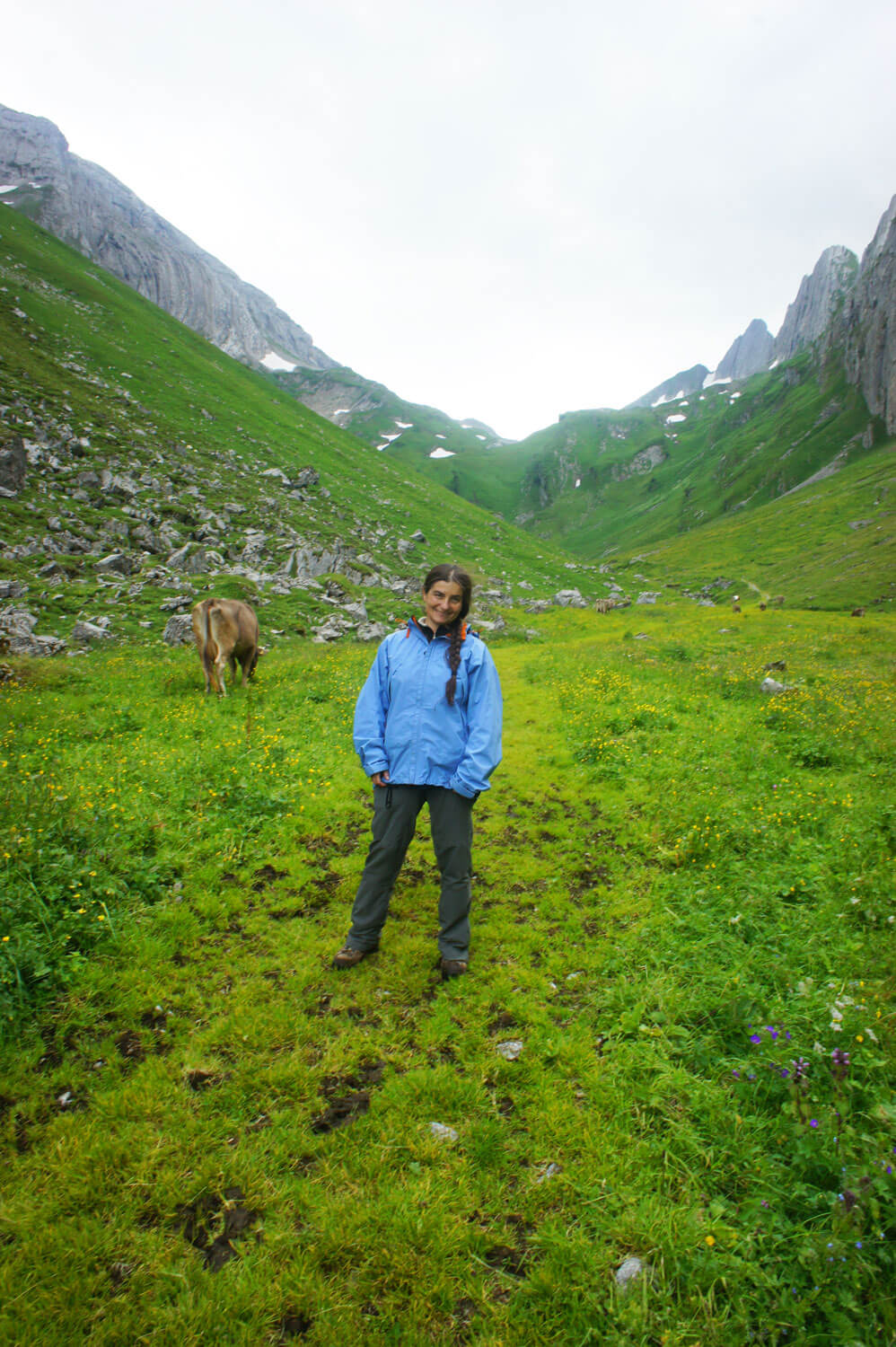 Katharina Pierini enjoys her modest, private lifestyle. Her quaint one-room cabin in Davenport is situated deep in the hills south of Half Moon Bay. She works full-time as a groundskeeper for UC Santa Cruz while also finishing up a degree in linguistics.

Nothing about her background suggests she is one of the most prominent trail camera photographers in Northern California.

“I’m just an example of what a regular person who’s passionate and interested can do,” she says.

Katharina has documented wildlife in her area using trail cameras for over four years. At first, the photos and videos were just for her enjoyment, but after creating an Instagram account to share her captures with coworkers, Katharina’s notoriety soon ballooned. Her trail camera documentation of wildlife along the Big Basin ridge offers a peek into a rarely-observed ecosystem.

Trail cameras—also known as game cameras—are typically employed by biologists or hunters attempting to monitor the activity of animals in an area. Katharina’s work shows that these cameras are capable of more than just observational footage. The composition of her best photographs and videos are equivalent to point-and-shoot wildlife documentation, where the photographer can actively control the elements of the shot.

By no means is Katharina’s work a product of luck—she spent years perfecting the art of the trail camera shot. Rather than spreading out her cameras over her property to maximize the quantity of shots, she scouts out the best locations to place cameras by identifying subtle, animal-made paths using Google Earth. Katharina then sets up multiple cameras in a spot where animal paths intersect the unregulated, human-made trails connected to her property.

Her placement of each individual camera is meticulous. 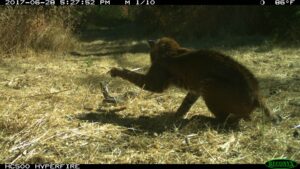 “I crawl on the ground,” Katharina explains. “Walking towards a camera to see when it triggers and make sure there is enough room to walk towards it before it starts recording. I’m not just shooting for the animals, I’m looking at the background, too.”

Even with such extensive preparation, Katharina says that editing is still a huge part of the process.

“For each good centered shot there are hundreds and hundreds—probably thousands—of partial shots,” she says.

Besides the patience required to manage all the cameras, she must maintain all the trails that connect to her cabin. To keep these steep and rugged trails accessible, Katharina drives her dirt bike up and down the trails and hacks away at underbrush with a weed-whacker or a small chainsaw.

Katharina is approaching 12,000 followers on Instagram and she delivers weekly presentations at the Costanoa Lodge in Pescadero. She is routinely asked for advice on trail camera photography by park rangers, university biologists and the general public. For Katharina, this kind of attention is foreign to her typical way of life. 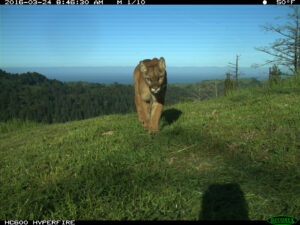 For her first public presentation of her work, Katharina says she was so nervous to speak that she created a video compilation to cover the entire length of her speaking commitment. She has since overcome her stage fright, but Katharina says she still has reservations about her relationship with the public—especially when it comes to interacting with her online followers.

“I’m walking this really odd line, where I poke my head out a little bit and I’m like, ‘Here I am. I’m doing something cool,’ and then I almost immediately recede,” she says.

Her followers are all over the political and social spectrums. Katharina recalled how shocked she was at the backlash she took from some of her conservation-oriented followers after she replied with a simple “Thanks” to a compliment from a hunter on one of her posts.

“I want to remain in touch with everyone,” she says. “I feel like it’s much more conducive to everything if you don’t shun people you disagree with.”

Katharina says that while she is not in favor of outright extermination of mountain lions, she is keenly aware of the danger they pose. Several times she has checked camera footage only to discover that a mountain lion passed by the same spot minutes before her. But Katharina does not let her trepidations about these predators get in the way of enjoying this hobby and the natural world.

“A lot of people feel like they don’t belong out in nature because they have a little fear,” Katharina says.

“I have not seen an animal yet that isn’t a little bit fearful. So your belonging in nature has nothing to do, as far as I am concerned, with some fear. You’re an animal, of course at night you don’t want to be out there alone—why would you? Now, if you can reach this ‘zen’ place where you’re ok with life and death and everything else and you’re not afraid, then good for you.”

Born in Switzerland, Katharina moved to Italy with her family when she was nine. In 1985, she spent five weeks at UCSC as a part of an English language immersion program where she was awestruck by the prevalence of wild animals in the area such as seals, whales, foxes, coyotes and bobcats.

She acknowledges that while Europe is beautiful in its own right, the continent lacks the raw, unhindered, wild ecosystems of America. So when she turned 19, she bought a one-way ticket to California and has called the Santa Cruz coastline home for almost 30 years. “I lived for the idea of heading West,” she says. “And now I feel like I’ve done it.” 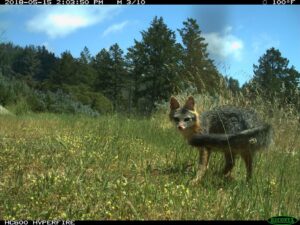 The footage Katharina collects demonstrates a relatability found between our world and in nature. She enjoys watching the circle of life unfold on her cameras in little moments: playful skirmishes between young animals, predators stalking prey, power struggles between birds at the watering hole. She says the footage demonstrates that these animals have stories—good and bad—just as every person has their own story.

“It’s a little window into the world,” Katharina says. “And to follow it, is to make peace with it.”