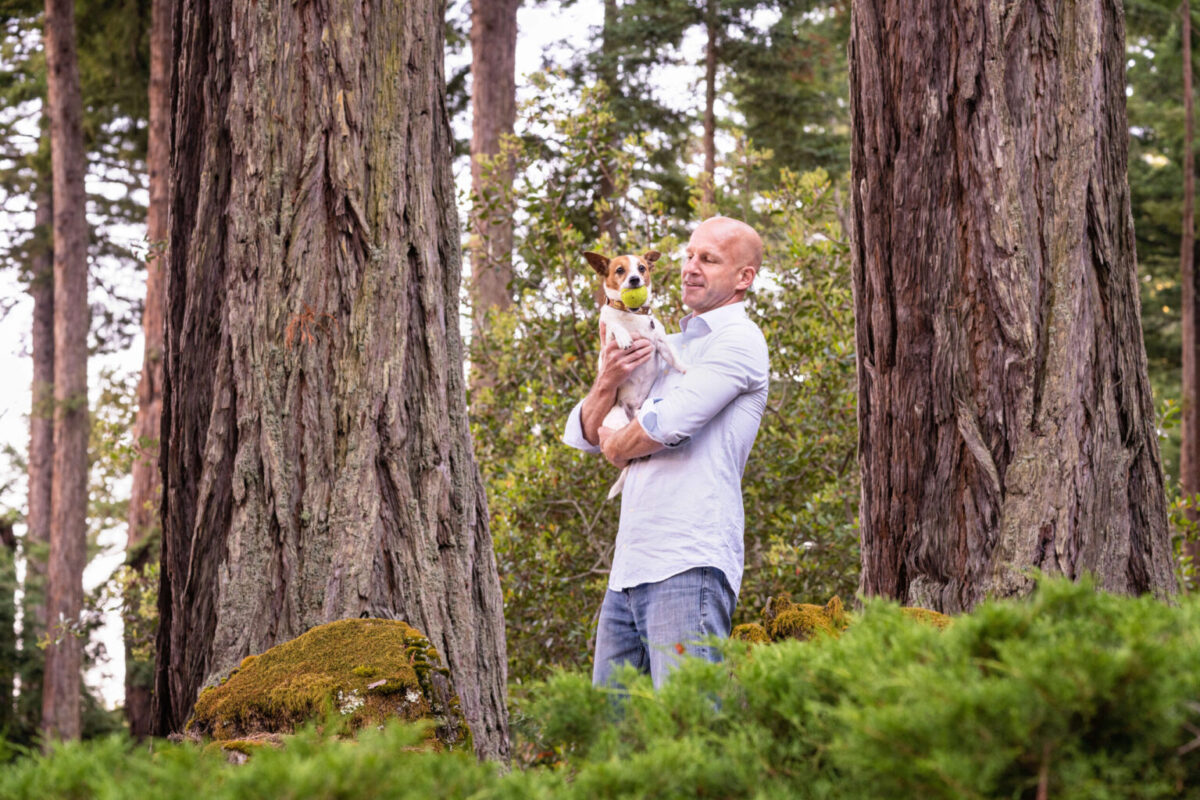 There’s a saying that all surgeons want to cut. Not true for mobile veterinary surgeon Dr. Dean Filipowicz. Just the other day he walked in to work on a dog who was already shaved, sedated and prepped for a surgery that never happened. That’s because after palpating the pup’s injured leg, Dean decided the dog would heal fine with two weeks of rest. “We are trained that we are our patients’ advocates, so if we can manage medically and avoid a risky surgery, it’s okay to put the brakes on,” he says. “Doing nothing is not actually doing nothing.”

As a mobile vet, Dean makes the rounds through a dozen animal clinics and hospitals between San Francisco and San Jose. Usually, the board-certified specialist comes in to collaborate with the owners’ referring veterinarians at their locations. The first step is a patient consultation with the owners in person; the second step could be surgery. The recent cancellation was one of the rare times when Dean was brought in cold without a consultation.

Dean will operate in the middle of the night if it’s an emergency, but after treating thousands of dogs and cats over the years, he says most cases are what he calls “emergent.” That is, surgery can wait until the animal is stabilized and the pain is managed. He presents owners with all the options, and whether it’s a newborn pup or an 18-year-old cat, “I prioritize the animal,” he says. “Making your best friend better” is his business slogan, so it’s not surprising when he admits, “I probably like dogs more than I like people.” 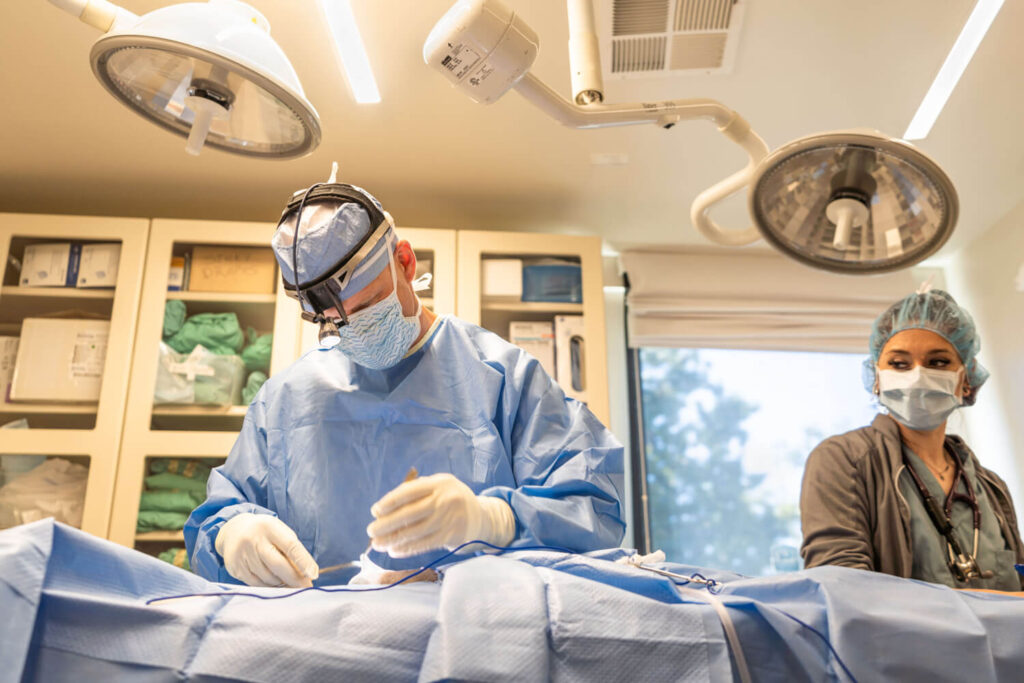 Dean’s preference could also help explain how a young man who grew up outside of Annapolis, Maryland, and earned a BA in economics and a BS in mechanical engineering at the University of Pennsylvania, went from wanting to build racing sailboats to trading commodity options in New York City, before landing in vet school at age 30. He still enjoys tinkering on boats and cars and working with his hands, which are insured, by the way.

Dean’s father was a doctor and the younger Dean considered going into human medicine. He tried candy striping for a while, then switched from handling bed pans to cleaning cages at small animal practices. When he ultimately left trading to become a vet, he enrolled at UC Davis School of Veterinary Medicine, then did his internship and specialized in small animal surgery during his residency at Virginia-Maryland Regional College of Veterinary Medicine. That’s where he met his wife, Kelly Zeytoonian.

With a focus on large animals, Kelly went on to establish Starwood Equine Veterinary Services on the Peninsula and in the East Bay. “With equine medicine and small animal surgery, there is minimal overlap, so it’s interesting to hear what she does—it’s a different world,” observes Dean, before noting another advantage. “If you have a horse, you almost certainly have a couple dogs, so when I was getting started, she was a pretty good referral source for me.” 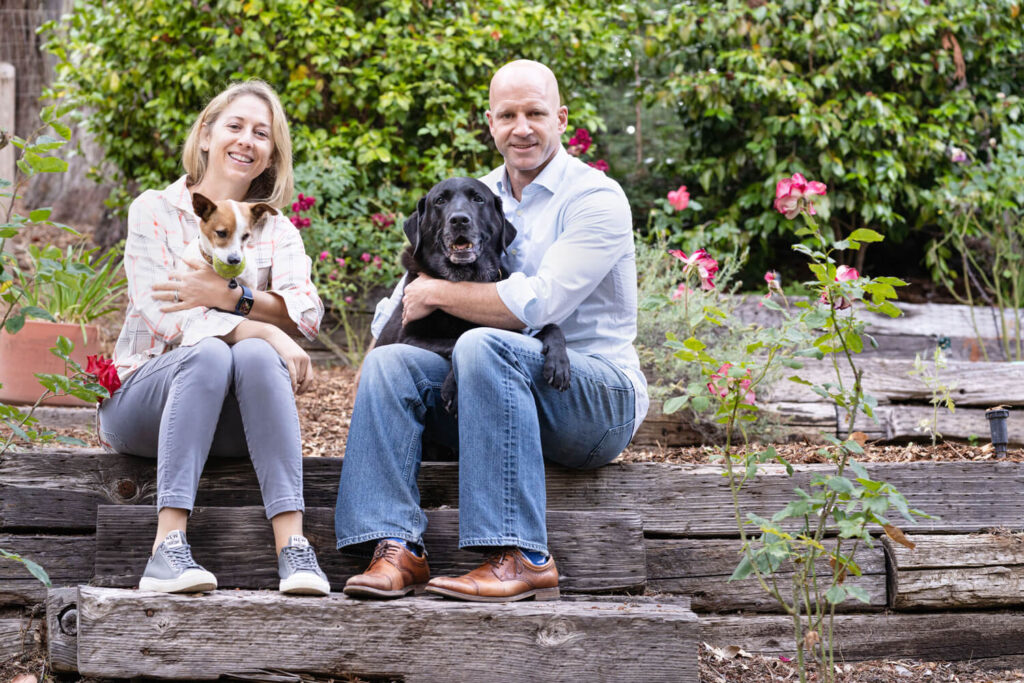 When Dean returned to the West Coast, he worked with a surgeon at a specialty hospital in the East Bay and helped set up a specialty facility in Fresno before targeting where to set up his own mobile practice. The greater Palo Alto area appealed, and he operated in rented space before expanding to form a group of specialty veterinarians. In 2017, he went back to practicing on his own under the name of Bay West Veterinary Surgery.

With no overhead aside from an office in Redwood City where he sterilizes his tools and meets the technicians who sometimes assist him, he travels to hospitals and clinics where he has a relationship. They provide staffing, X-rays, CT scans, surgery rooms, anesthesia, bandages, medicine and follow-up care, plus handle the billing.

This arrangement allows Dean some extra flexibility in his schedule. He mountain bikes near his Woodside home a couple of times a week, and when time permits, pulls over to kiteboard off of Third Avenue in San Mateo on his drive back from appointments in the City. 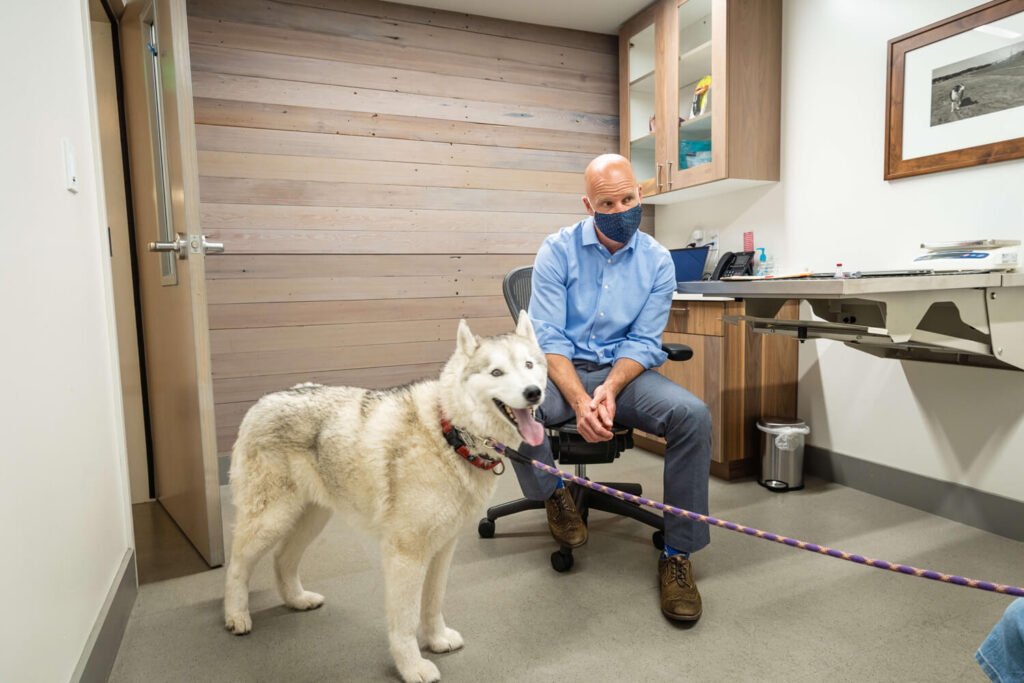 At home, his black Lab Zorba and Jack Russell Terrier Andy eagerly greet him, sniffing out traces of smells from strange dogs. Little do they know that their owner probably just returned from performing a complicated fracture in the morning and repairing soft tissue in the afternoon.

Given the variety, with about 75 percent of his surgeries involving orthopedics, the rest soft tissue, oncological mass removal and emergency trauma, “There’s no way I can get bored with my caseload,” Dean says. “I love what I do. I love what I do on a daily basis.”

Dean repairs a lot of dogs’ knees, but one surgery he finds particularly rewarding goes by the initials TECABO, which stands for Total Ear Canal Ablation and Bulla Osteotomy. “Cocker Spaniels are the poster children for this condition because they have big droopy ears and allergies,” he says. As bacteria builds up, the ear canal closes down and turns into an “awful stinky painful infection.” Technically, the fix is difficult since the lining must be removed and the ear flap left intact. “The surgery is effectively amputation, you amputate the ear canal,” he says, “but afterwards, they become different dogs. They become happy and friendly again and gain years back in their life.” 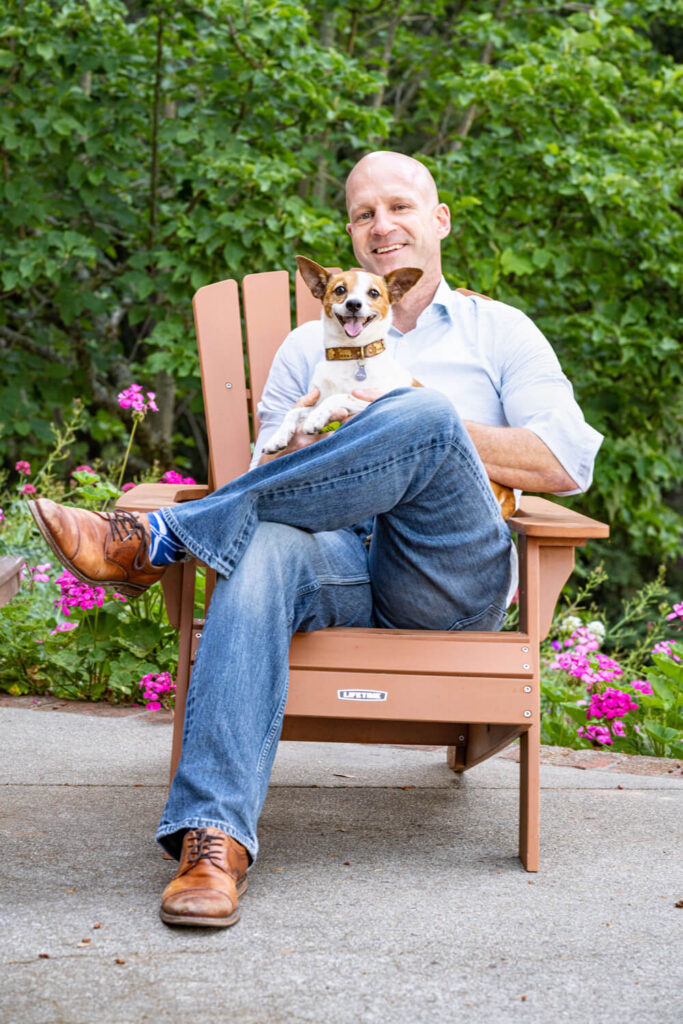 Certain breeds are predisposed to other problems. Pregnant Pugs and Bulldogs, he explains, usually need to deliver by C-section due to their flat faces and breathing issues. One week he treated broken bones in several Chihuahuas after their owners stepped on them. He attributes that freak streak to COVID, when more people started adopting animals and staying at home.

When not consulting and operating, Dean is preparing to start a new company for diagnostic products that he’s developing. “The reason for pivoting and coming up with devices and apps is that I’ve learned enough about what I’m doing that I want to benefit more animals in an impactful way,” he says. “I can do that at the same time that I’m still operating on individual animals.”

A few years ago, Dean and his wife decided to go to business school together, maintaining their professional lives while they completed their degrees online at University of North Carolina. “It was a lot of work; for two and a half years, there were no evening activities at all,” he says. For this power couple, on call and practicing medicine in the veterinary world where animals get sick and injured 24/7, that routine actually isn’t that different from a normal day.