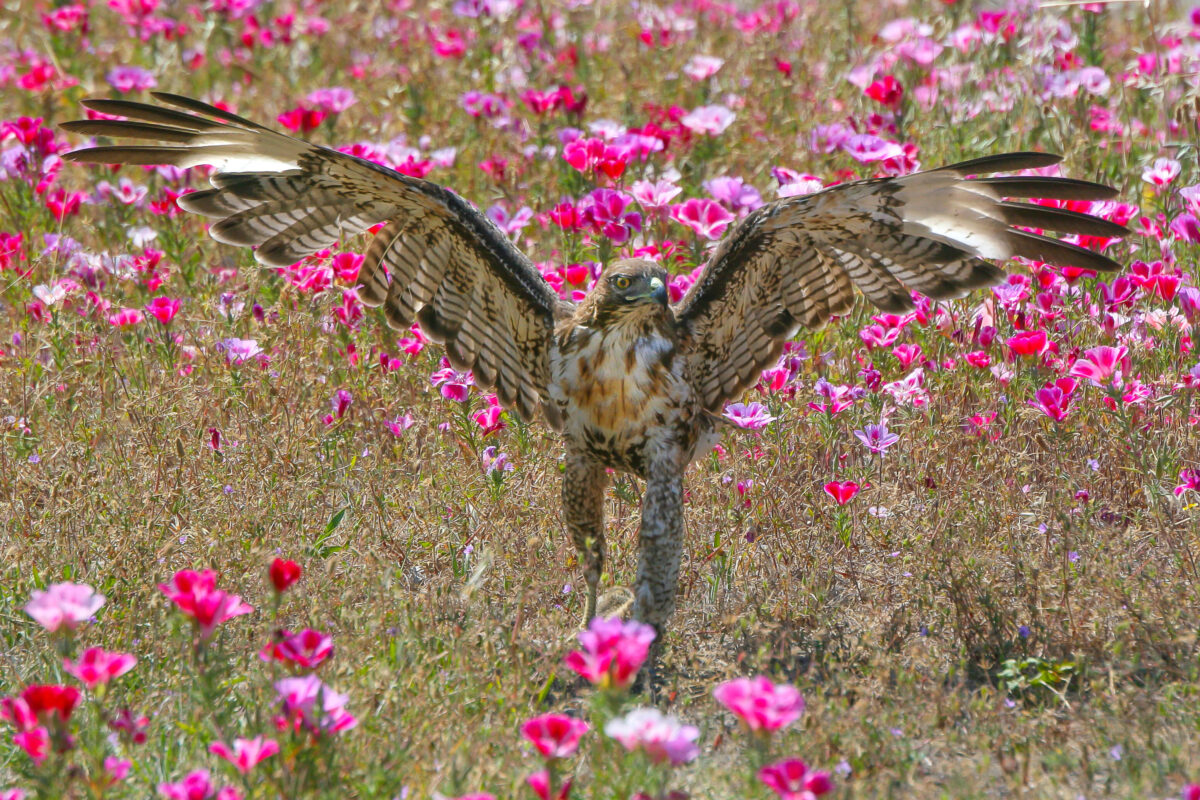 Photographer Robert David Siegel captured this dramatic Perfect Shot of a red-tail hawk in a colorful field of Clarkia along Gerona Avenue at Stanford. What you can’t see in the image is the large rabbit trapped in the raptor’s talons, which was apparently too big to carry away in flight. “The hawk’s dilemma worked in my favor,” says Bob. “It was a moment of great exhilaration and luck to have my camera for this chance encounter.”