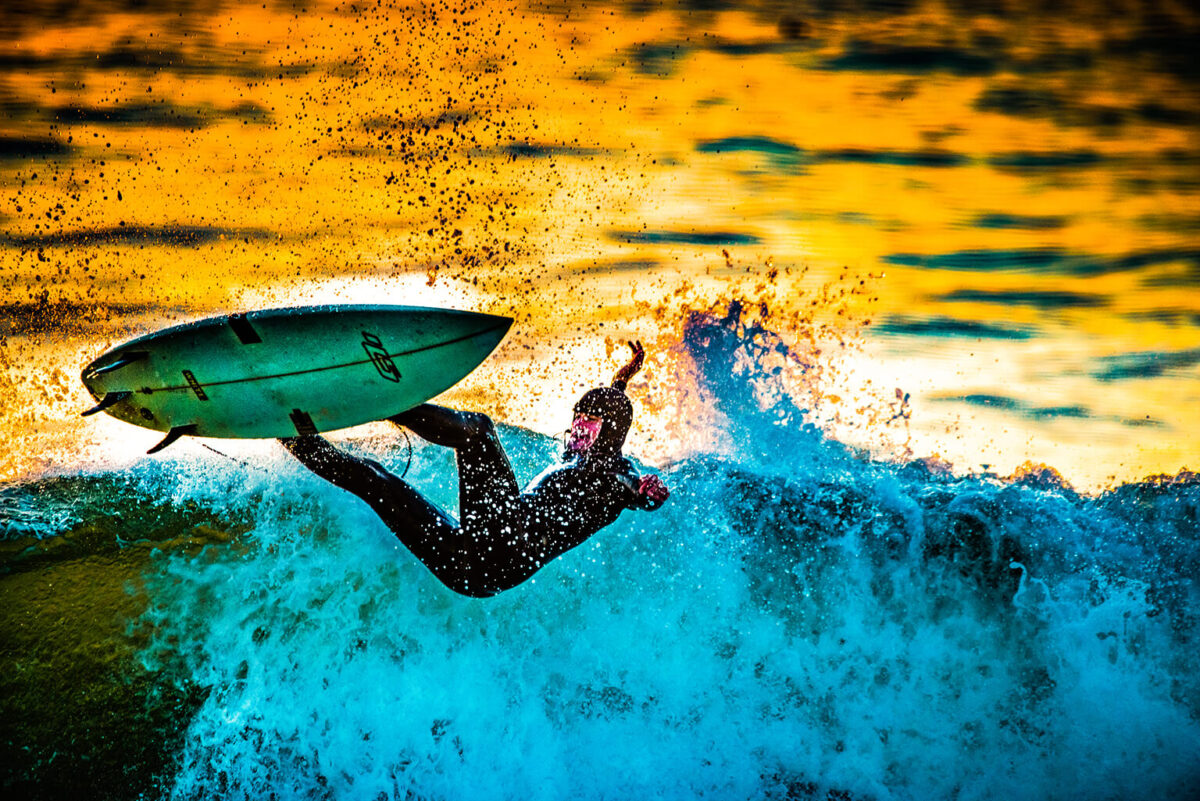 When photographer Gino De Grandis took a late-afternoon drive over to Half Moon Bay, his intent was to shoot the sunset at Roosevelt Beach. “A solitary surfer filled up my frame instead,” he recounts of this Perfect Shot, “and I was able to capture him against the golden light as a background.” In the end, Gino got his sunset but was grateful for “a second element that made the image even more striking.”