Photos by Courtesy of Sparta Science 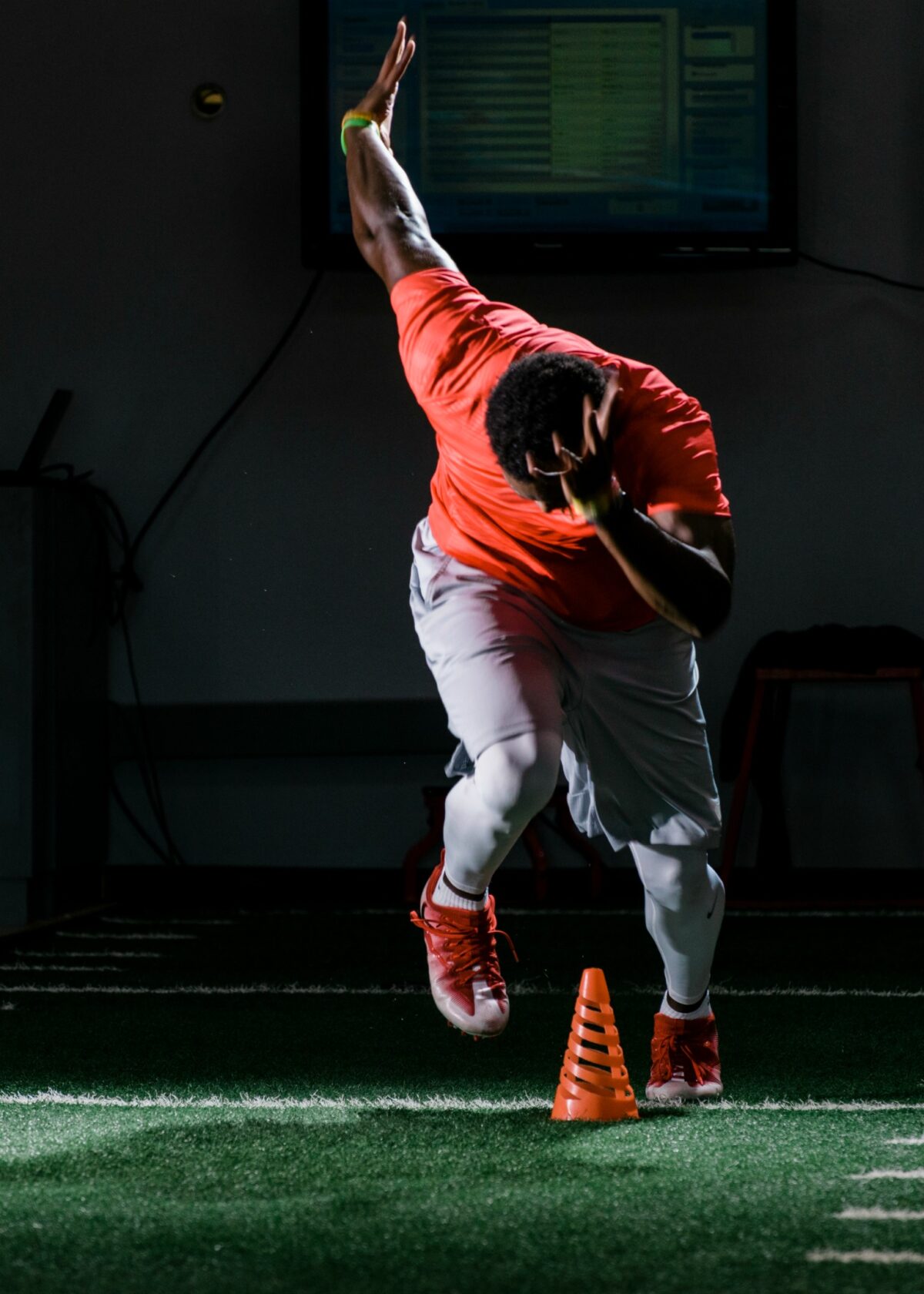 Sparta Science calls it the Training Ground—and what happens here is changing the way athletes train, condition and stay healthy. On any given day, in this 9,000-square-foot facility in Menlo Park, you’ll see college and pro athletes (and occasional high school players) laser-focused on optimizing performance and preventing injuries.

Founded in 2008, Sparta Science started as a rehab and training center, expanding over time to include a secret ingredient software business. Now working with nearly 90 different organizations—ranging from professional teams like the San Francisco 49ers and San Jose Earthquakes to the Seattle Mariners, Colorado Rockies and San Diego Padres, and including 32 collegiate teams like UC Berkeley and USF—Sparta Science provides a data-driven protocol based on validated assessments and evidence-based prescriptions. In other words, they’ve set a goal of applying hard numbers to what has traditionally been an educated or even hopeful guess.

Talking in terms of making “massive strides,” Sparta Science CEO and founder Phil Wagner is the driver behind the company’s advancements and growing momentum. Whether you’re an NFL, MLB, NBA, MLS, college sports or even Super Rugby fan,  there’s a good chance Sparta Science is already impacting the athletes you’re watching—or will in the future.

What inspired you to start Sparta Science?

I was an athlete in high school and college and was injured quite a bit. As a result, I wanted to find a way to help others avoid that path. I’m a big math person, so it was confusing to me that the equation didn’t add up. I would get a rehab program, I did it diligently, and the same thing kept happening. It wasn’t very logical, so I became a strength and conditioning coach and found that everybody was approaching things rather illogically. I went to medical school and became a physician and founded Sparta as a way to start gathering data and building a database that could help predict and reduce injuries. Talk us through the technology behind Sparta Science.

We put athletes through force plate assessments. The force plate measures ground reaction force, and that signal is looking at how you interact with the ground from three different axes.There are six different jumps that the individual will do separately—one at a time or they will balance for about 20 seconds. We refer to the force plate itself as a dumb device because it’s just gathering raw data, and they’ve been around for decades. What’s new is how we efficiently collect the information and immediately provide the insights of what to do next—where the risk or performance opportunities lie. We’ve also collected age, ethnicity, sport, position and injury history, so alongside the force data, this other data helps provide context and meaning. The real value is in the software because the database has over 700,000 trials now.

Describe what happens on the Training Ground.

It really depends on which individuals are here. Probably about a third of the space is a turf field area, a third of the space is for medicine balls and jumping and a third of the space has lifting. Really whatever the individual needs is where they spend the majority of their time. If you came in during a session where it’s mostly baseball pitchers, you might see a lot of lifting because there’s a certain force variable they tend to lack, which requires a lot more of the lifting stimulus. If you came in and saw a lot of football players training, they might be doing more flexibility work because that’s a variable that they lack. It’s mostly professional athletes, so we’ll see a mix depending on the time of year. Right now, we’re seeing a lot of baseball pitchers starting to come in.

We are addressing the system to be more efficient and resilient—what helps athletes perform better also reduces their injury risk. Teams use it to decide how much rest players should get, when they should rest and how much longer they should rest. There is a lot of science behind those decisions that are made for college and professional teams, and a lot of times we are the wizard behind the curtain. Looking at the amount of injuries that are affected and looking at their salaries and what time lost was saved, we’re able to calculate the savings off payroll for teams. For example, we saved the Colorado Rockies $11.9 million last year, and there are a lot of reasons why they think we’ve done that.

Why is the Peninsula the right setting for what you’re doing?

The only way to be able to help globally like we’re doing is to have software, and this area is obviously renowned for technology. I think the surprising part for me has been the level of mentorship and help that’s available on the Peninsula. I couldn’t have found more of a supportive environment for that. I have zero tech background, zero technology training, and I’ve really been educated by individuals in this area. Stanford Business School, especially, has been incredibly supportive. It couldn’t have been done in any other area. There’s no way it would have been possible.