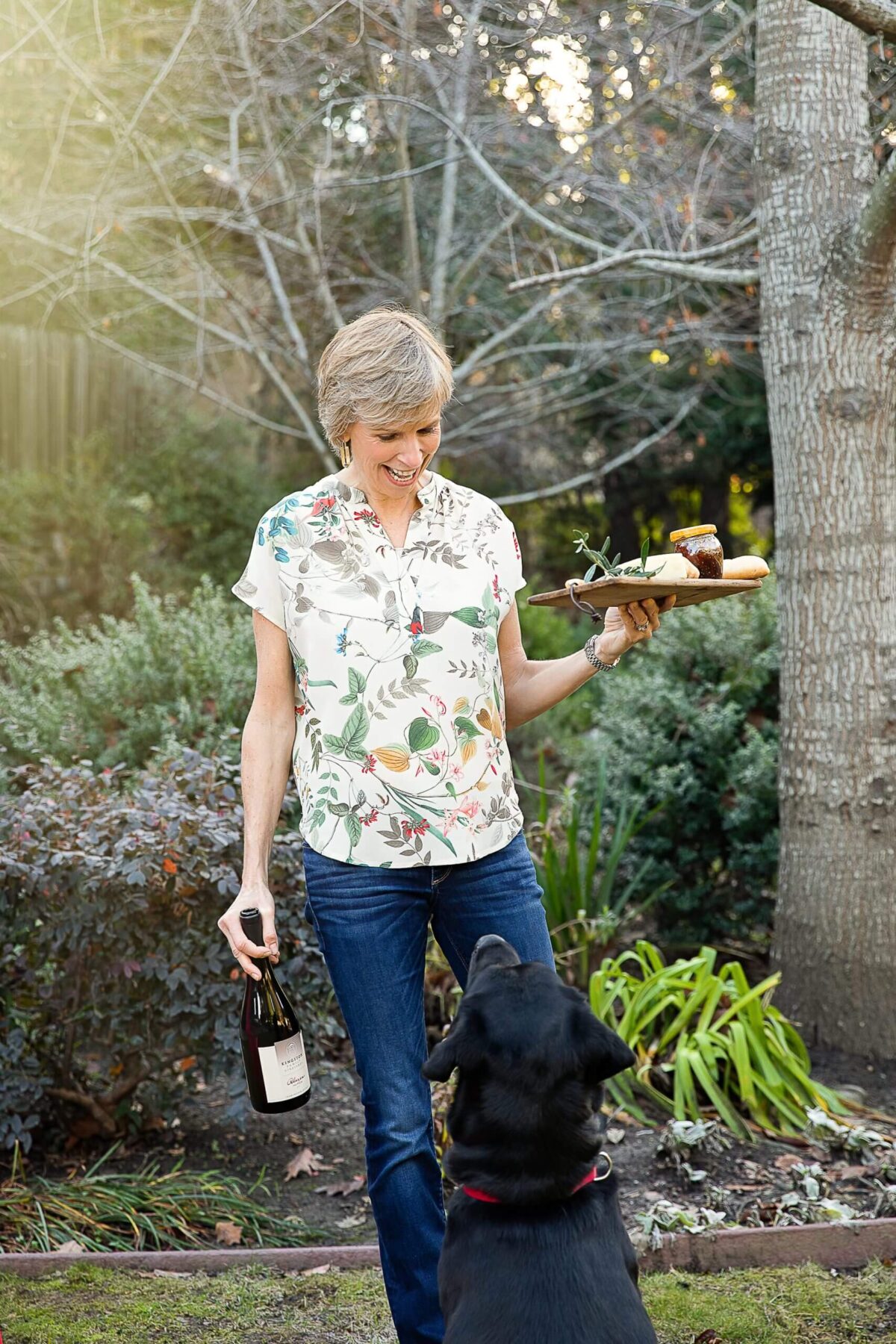 Alarm bells sounded in the neighborhood when Courtney Kingston and her husband purchased a home in Portola Valley in 2003. The culprit: a sign declaring “the intent to sell alcoholic beverages.”

“We needed to reassure the Ladera Community Association that we were not opening a speakeasy!” she recalls with a chuckle.

The sign, though, was correct. This was the North American headquarters of Kingston Family Vineyards, which Courtney founded in 1998, and she would be fulfilling orders from her home office.

Courtney is the fourth generation to be involved in the dairy farm and cattle ranch that family patriarch, Carl John Kingston, started in the early 1900s. He left Michigan in search of copper and gold, joining the Cerro de Pasco Mining Company in Chile. While he never found the Mother Lode, he did acquire a large dairy farm 12 miles inland from the Pacific Ocean in Chile’s Casablanca Valley. 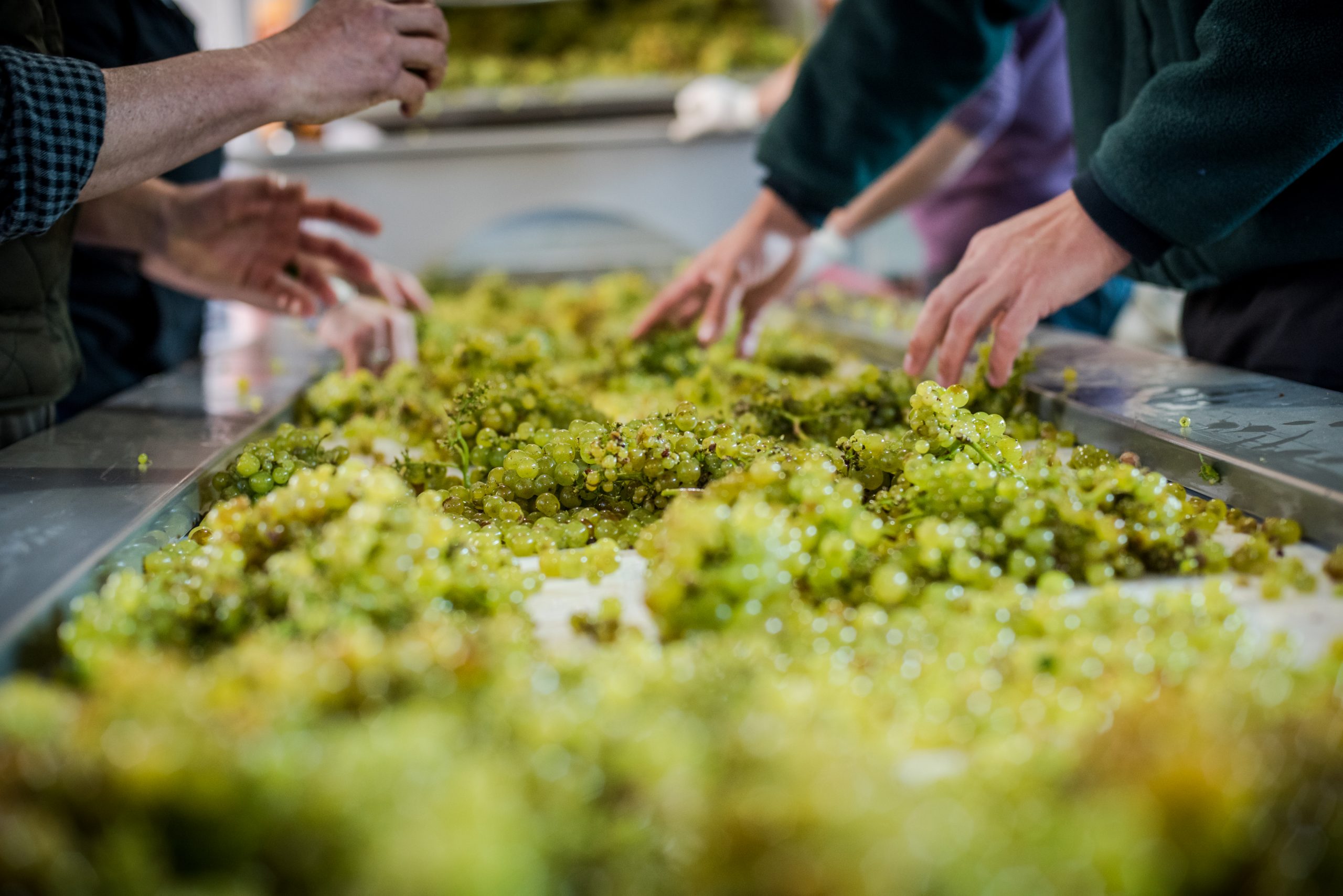 Courtney grew up in Princeton, New Jersey, and didn’t visit The Farm, as the family calls it, until she was in her 20s. “My father, CJ’s grandson, was born and raised on The Farm,” she says. “He saved up for his college education at Princeton by starting a pig business. While at college, he mowed lawns to help with expenses. From my dad—the lawnmower and pig farmer—I learned perseverance and humility and using what you have.”

While pursuing an MBA at Stanford University, Courtney wrote a business plan that laid out the steps needed to expand the offerings of her family’s farm by planting grapes on the western hills and starting a winery. She held true to the three family tenets that are passed from generation to generation:

• Ask not what The Farm can do for you but what you can do for The Farm.

Keeping those guiding principles in mind, Courtney worked in tech after getting her MBA, paying off her student loans. And before planting any grapes, she oversaw a variety of soil analyses—and talked to California vintners, large and small. Pinot Noir and Syrah were planted in 1998 in an area that had previously yielded mostly white varietals.

The Kingston vineyards now consist of about 350 acres of grapes that are used to handcraft small-production lots of Pinot Noir, Chardonnay, Syrah and Sauvignon Blanc, totaling about 5,000 cases a year. Most is sold direct to consumer through kingstonvineyards.com, although the wines can be found locally at Bianchini’s in Ladera and K&L in Redwood City. About the selection at Bianchini’s, Courtney observes: “Matt, the wine buyer, gives us great placement on a shelf below the butcher counter. They’re easy to spot when you’re buying meat or fish!”

While Kingston Family Vineyards has practiced sustainable farming for years, it is now in the home stretch to international certification for Organic Vineyard, a process that takes three years and will be attained in 2020. “Sustainable and organic—it’s about the long-term stewardship of the land,” says Courtney. “The land that has been in my family for 100 years.”

Chile is the 10th largest wine producer in the world with most of the production coming from 10 commercial wineries. “Being a small producer is rare,” Courtney says. “Plus, our focus on Pinot Noir sets us apart. We discovered that it’s great to be ahead of the market, except when you are too far ahead.”

Kingston Family makes two Pinot Noirs: the award-winning Alazan, and the more affordable Tobiano, which also has received accolades. Named after The Farm’s horses, the wines are made from blends of different blocks and different lots that are barrel-selected in the winery, just prior to bottling. Courtney calls Pinot Noir “the heartbreak grape.” “It’s difficult to grow and difficult to make—and all about finesse and not about power. The best thing about Pinot is that it speaks to where it’s from.”

Courtney admits that operating a family business is not without challenges. “The hard part is that it’s all-consuming,” she reflects. “The gift is that I get to talk to my father and brother every day.” It’s also clear that running a successful business isn’t the Kingston family’s only goal. “We strive to be thoughtful about increasing opportunities in the Casablanca Valley,” Courtney adds. “Our goal is to provide the team with growth opportunities and to focus on entrepreneurial businesses in Chile.” 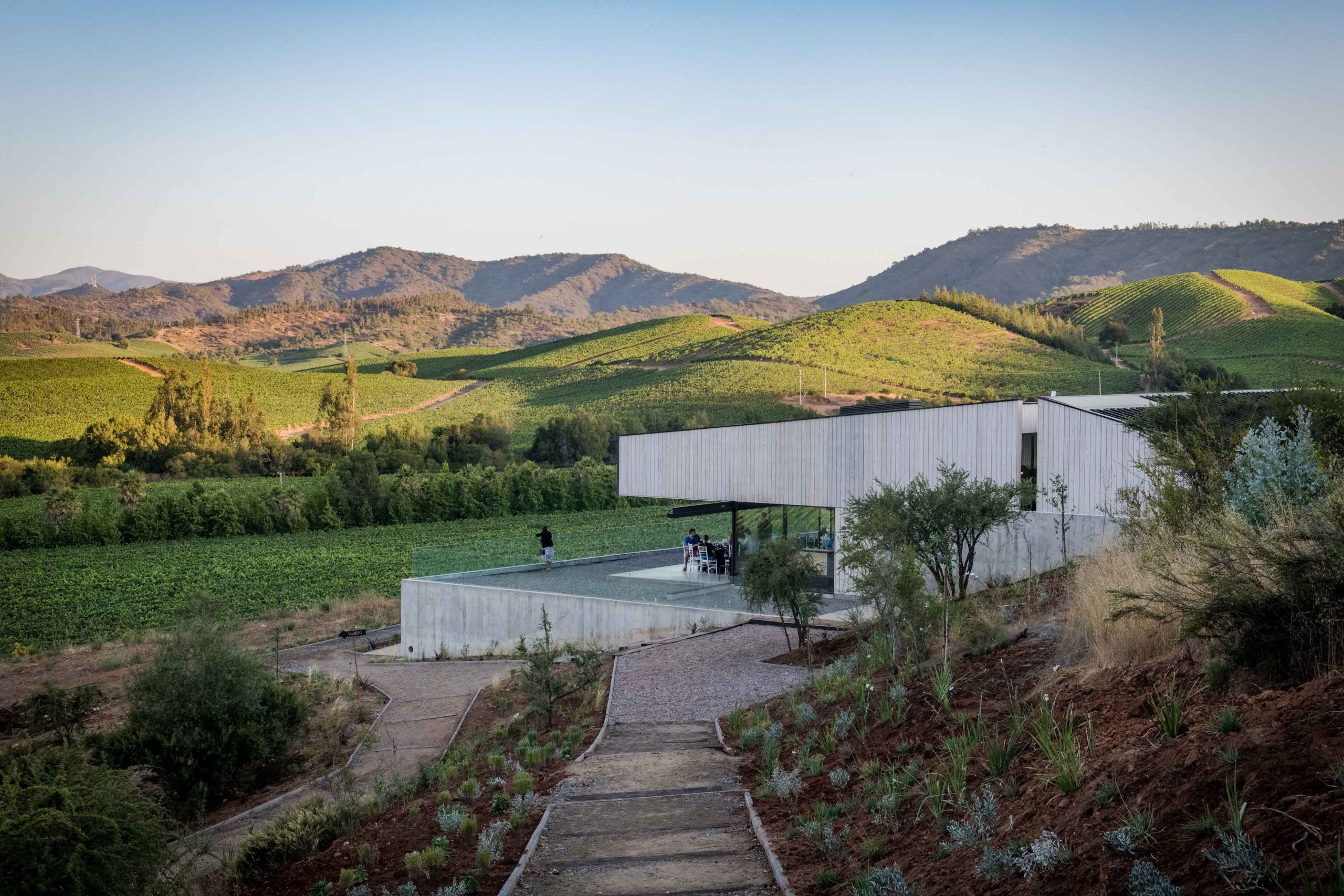 Kingston Family Vineyards, which is an hour’s drive from Santiago, welcomes visitors with a variety of experiences—ranging from wine tastings to four-course lunches with wine pairings to gourmet picnics amongst the vineyard vines. Chef Elyse Guizzetti, a Blue Hill Stone Barn alum, sources ingredients locally and from the winery’s hillside garden. A beautifully-appointed new tasting room equipped with a professional kitchen sits on a hillside surrounded by grapes and granite sculptures. Future plans include luxury experience offerings around a new guest house, which will also be available for corporate events and retreats.

With her head and heart in two locations 6,000 miles apart, Courtney sees lots of parallels between Chile and California, saying that the Bay Area even smells like Chile. “There are the Andes in Chile and the Sierra here,” she says. “In both places you can ski and swim on the same day.”

And then there is the palm connection. “We even have a Palm Drive going into our farm,” she notes with a smile. “Although the palms aren’t as big as Stanford’s Palm Drive.”