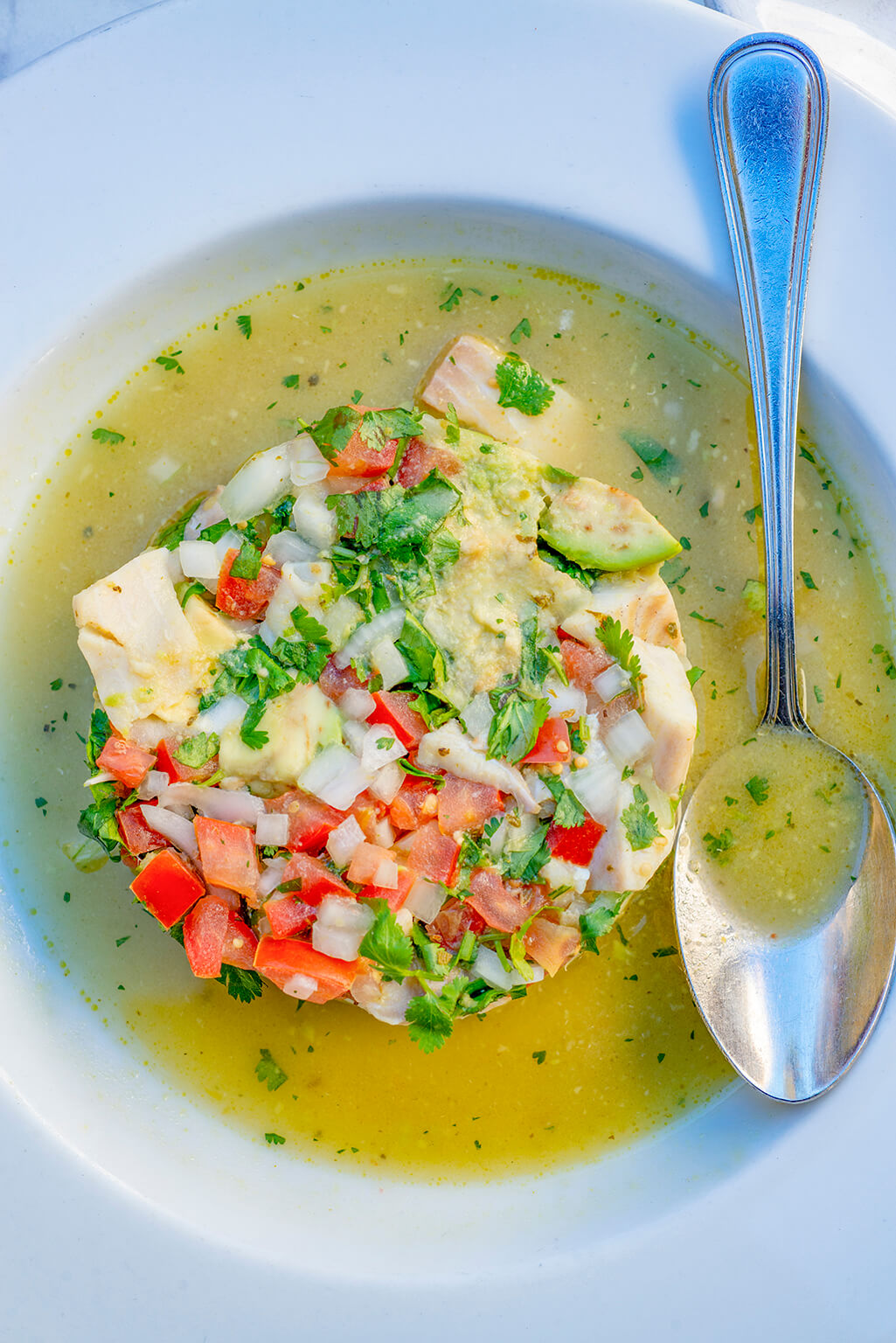 In this quiet moment, owners Hector and Helena Sol reflect on their culinary journey. Though Quinto Sol soon turns 10, it is their “youngest child.” In fact, the couple have brought forth a trio of Peninsula Mexican restaurants into the world. “After so many years, I felt like I needed to give birth again,” Helena reminisces of its inception.

Their path to this point began decades earlier when the couple moved from Puebla, a state in the highlands of south-central Mexico, to the U.S. Helena already had experience working at her parents’ restaurant, and the young couple arrived with a determination to establish their own. They also wanted to provide a window into the acclaimed food scene of their homeland. 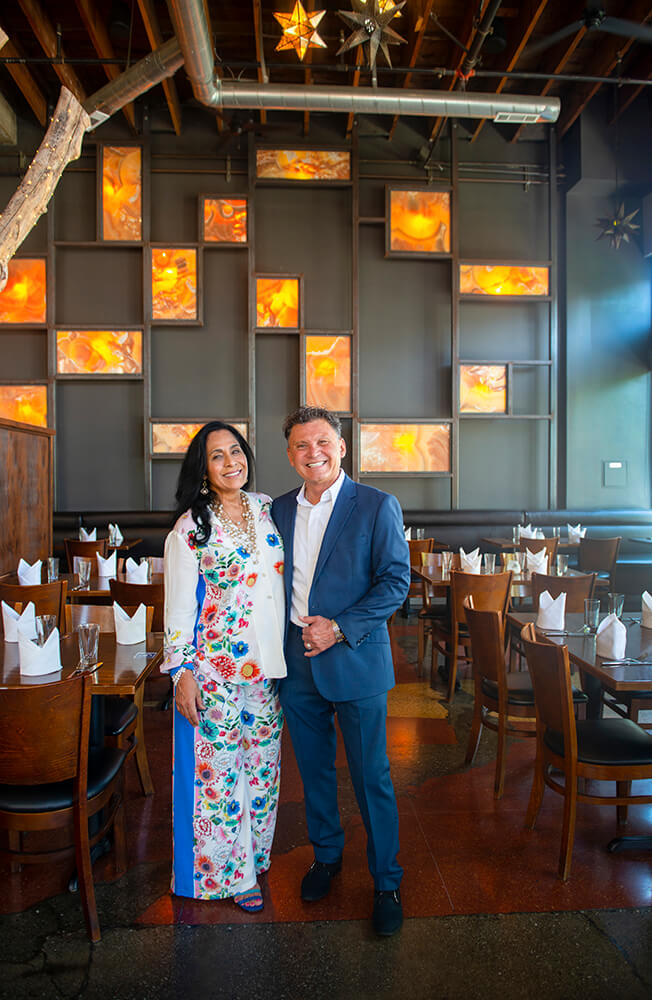 Residents of Puebla “are experts in how to eat,” declares Hector. If you’ve tasted Quinto Sol’s rajas poblanas (creamy, decadent chicken on a bed of roasted pasilla peppers, onion and garlic) or their ceviche de pescado (white fish marinated in bright acidic flavors and punctuated with a special blend of herbs), you’ll know this isn’t an empty claim.

“The staple of Puebla is the mole poblano,” Helena informs. “It’s a concoction of many spices and herbs that’s made into a sauce.” This rich, dark-flavored blend of sun-dried peppers, spices, nuts, seeds, herbs and cocoa is then poured generously over chicken.

When Hector and Helena opened their first restaurant back in the ’90s, they called it Palo Alto Sol—“sol” referring both to their last name as well as the Spanish word for “sun.” “We started from nothing,” recalls Hector. But Helena adds, “We started from the heart. So we started from much.”

“At that time, we had just one car,” says Hector, calling to mind how they would drive to the restaurant together (often with their young daughters in tow). “I told Helena, ‘We are just one person. We are together all the time.’ I could ask her, ‘How was your day?’ And she would say, ‘My day was being with you. I saw exactly what you saw.’” Helena smiles affectionately at this, “But we still had a lot to say, didn’t we? Even back then.” 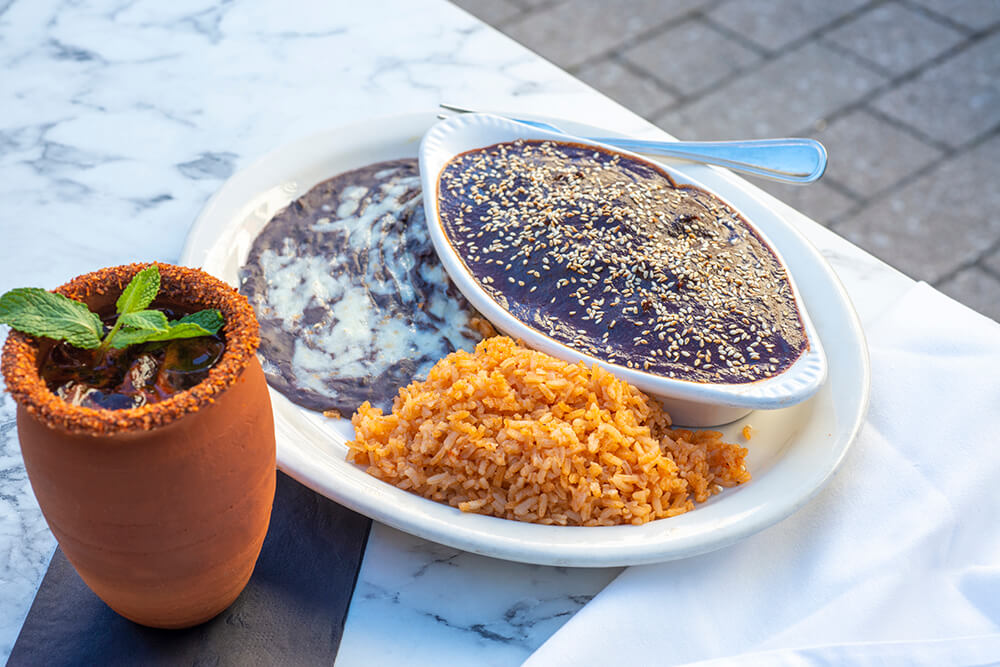 Support from the community emboldened the couple to make plans for a second venture: Los Altos Sol. “We believed that we had the potential to do more,” Hector explains. What’s more, Helena’s gift (and passion) lies in hatching new endeavors. For her, there’s nothing quite like a shiny new venue in which to test new ideas and build. “I like to create,” she says. “I like to give birth.”

After months and months of kitchen and dining room renovations, they were fully staffed and eagerly awaiting opening night. Then, due to unforeseeable circumstances, the project flatlined. To lose it all before it even began was understandably devastating. “For me, it was like losing a child because we had put so much time into it, so much effort,” Helena says—not to mention most of their savings. “When the place was lost, it was basically two years of mourning.”

“It was meant to be that way,” Hector notes in retrospect, mentioning that his daughters were still young at the time. “It seems that for some reason—the universe or God—said, ‘You’re not ready for this yet.’” Hector took it as an invaluable (though painful) lesson, which primed him when a promising location became available in Mountain View. 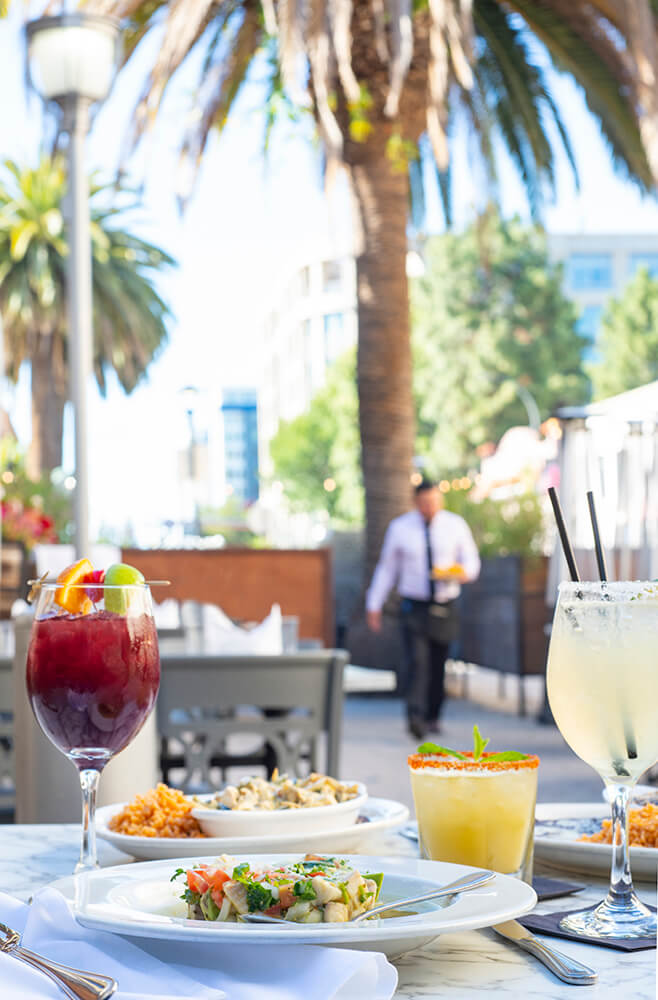 Buoyed by affirmation from the community as well as a strong belief in their dishes, the resilient Sols leapt at the chance. They called their new venue Vive Sol (“Sun Lives”)—a fitting tribute to their will to carry on. “It was at the right time,” Hector says. “We had that desire to be alive and just keep building things.” So while Hector held down the fort in Palo Alto, Helena nurtured their latest endeavor. “She was like a little girl with a new toy,” Hector recalls with a grin.

“Once a place is done and everything is set, I want to move on and create something else,” Helena confesses. “I get restless.” This mindset would also spark the inception of Quinto Sol, centrally located across from Redwood City’s Courthouse Square and flanking Fox Theatre.

A number of factors remain the same across all three restaurants, Helena notes. “We kept basically the same sauces, the same philosophy, the same culture of eating in the restaurants, adding just a few things here and there.” There are also the stars: huge decorative metal light fixtures that bathe diners in a radiant glow. The couple bought these signature pieces in Guadalajara from an engineering student turned artist. They are twinkling reminders to keep reaching for big dreams.

Also imported from Mexico, a petrified tree stands at the heart of the dining room, wound in string lights. “For me, it represents the birthplace of my mother,” Helena explains. Speaking of family trees, Hector and Helena’s three daughters, now all grown up, have inherited the restaurant passion and profession from their parents—just as Helena did from their grandparents. It seems growing up in this world of kitchens and dining rooms left a lasting impression. All three girls teamed up with their cousin Victor Lopez to open Palo Alto’s Sun of Wolf. 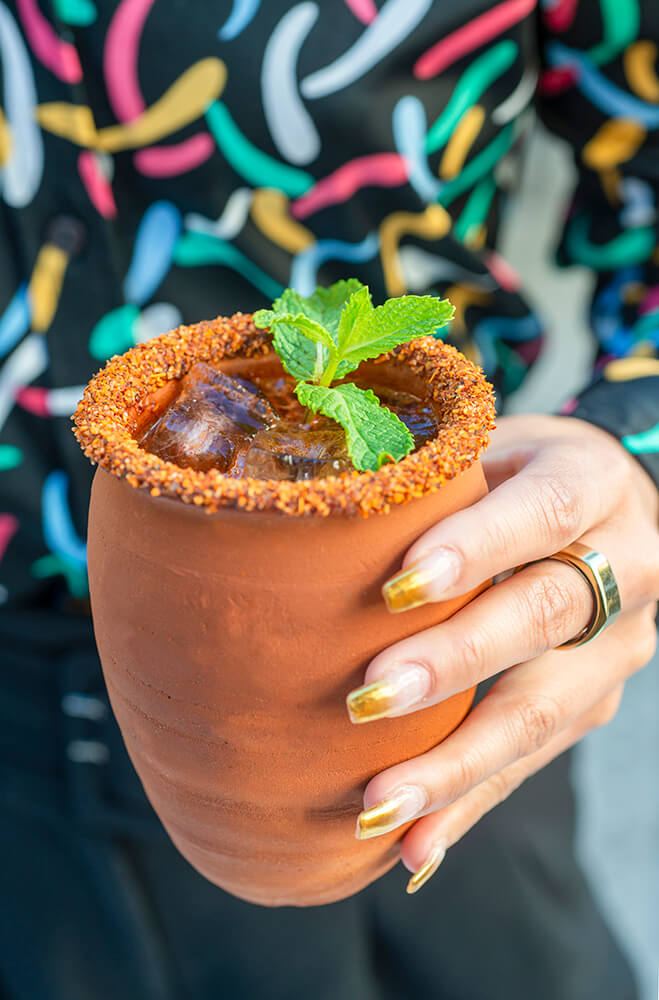 The oldest of the Sol sisters, Alexa, also partners with Helena to keep Quinto Sol running smoothly. “My mom and my dad have two very unique ways of design, customer service and how they see the business,” Alexa notes. “I’m able to take a little bit of both of them, mix it together and be a support system.”

Her words highlight a key ingredient in Hector and Helena’s continued success. They complement each other—like a well-balanced dish satisfying the right blend of sweet and spicy or salty and savory. “Helena has her knowledge of what is supposed to be done in hospitality,” Hector praises.

“She didn’t go to school to learn how to treat people. Her approach is totally from her heart.” On the flip side, Helena credits Hector with keeping her grounded. “I don’t have that discipline, but he does. I’m usually riding up there,” she gestures to the stars hanging above her, “and he says, ‘Okay, you need to come down.’ He anchors me.”