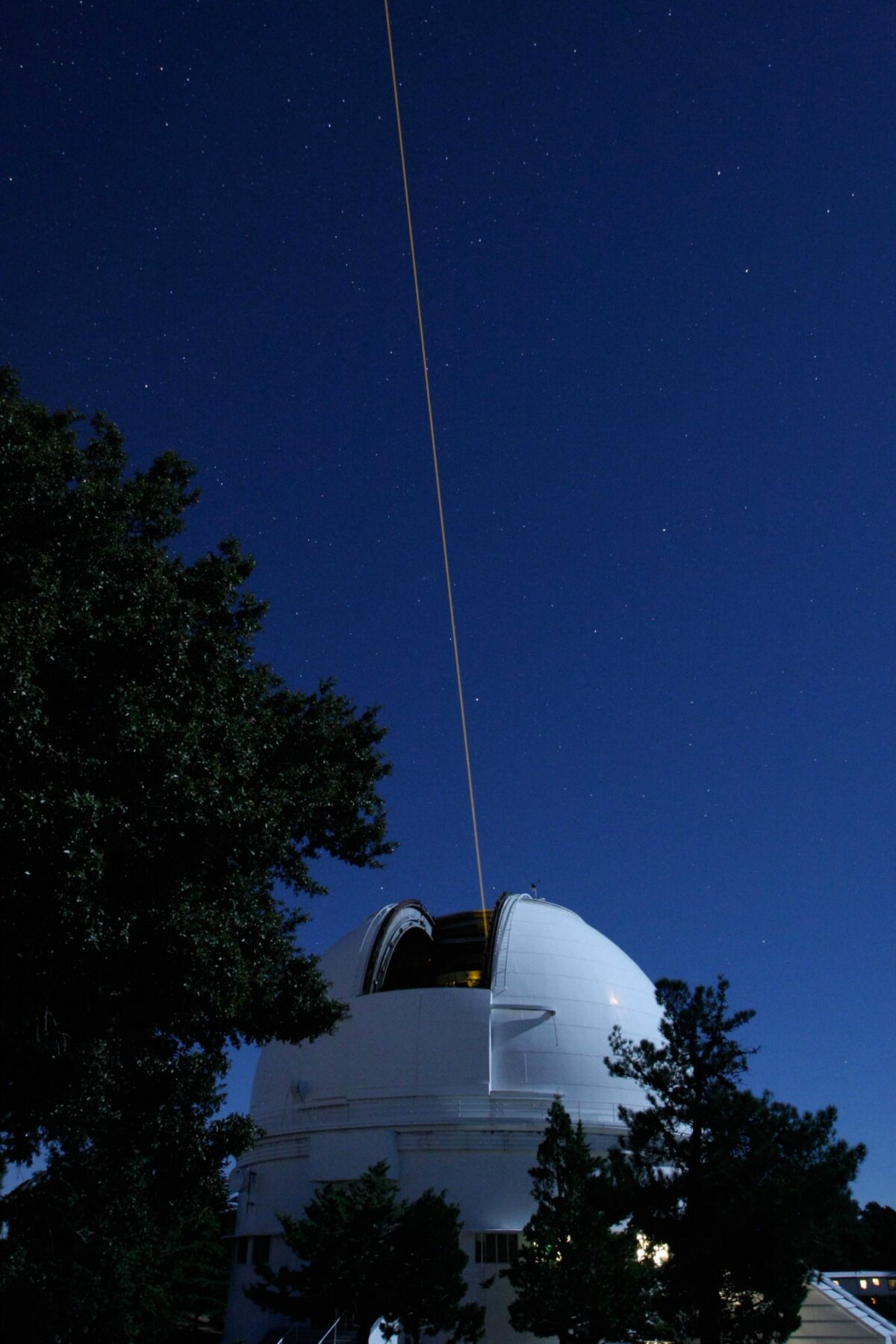 During nearly 15 years of commuting to work in downtown San Jose, one sight consistently filled me with wonder—seeing Mount Hamilton, occasionally snow-frosted, but always tipped with tantalizing white domes, in the distance. And while the peak (and vague knowledge about an observatory) captured my imagination, I failed to make the trek to explore this local treasure in the Peninsula’s backyard.

“What? You’ve never been to Mount Hamilton?” If, by chance, you’ve also heard that incredulous comment, here’s the lowdown on traveling to the top of that nearby 4,200-foot summit.

Along with jaw-dropping, breathtaking terrestrial views, what you’ll find up on top of Mount Hamilton is a first—the world’s first permanently occupied mountaintop astronomical observatory. Built between 1880 and 1888, Lick Observatory is the legacy of an eccentric businessman and self-made millionaire, James Lick, who commissioned a monumental telescope project as a way to memorialize himself for posterity. Lick chose Mount Hamilton for the location, speculating that a higher elevation would reduce atmospheric interference, with the added benefit that he could see Mount Hamilton from his home. Although Lick died before the Lick Observatory and Great Lick Refractor were completed, his name most certainly lives on through the Observatory’s pioneering astronomical research and contributions to science. Part of the University of California, Lick Observatory remains an internationally renowned active research facility, housing 19th-, 20th– and 21st-century telescopes in 10 distinct domes.

Located in the Diablo Range overlooking Santa Clara Valley, Mount Hamilton is 20 miles east of San Jose, but the mileage count doesn’t do justice to the spectacular, even spine-tingling journey. There are two possible routes, each about a one-hour drive from San Jose. Either way, prepare accordingly (anti-nausea meds anyone?) for twisty turns ahead. One point to flag at the get-go: you will find only vending machines at the top. To avoid a stomach-growler of a day, make sure to pre-pack sustenance or plan for a pit stop. 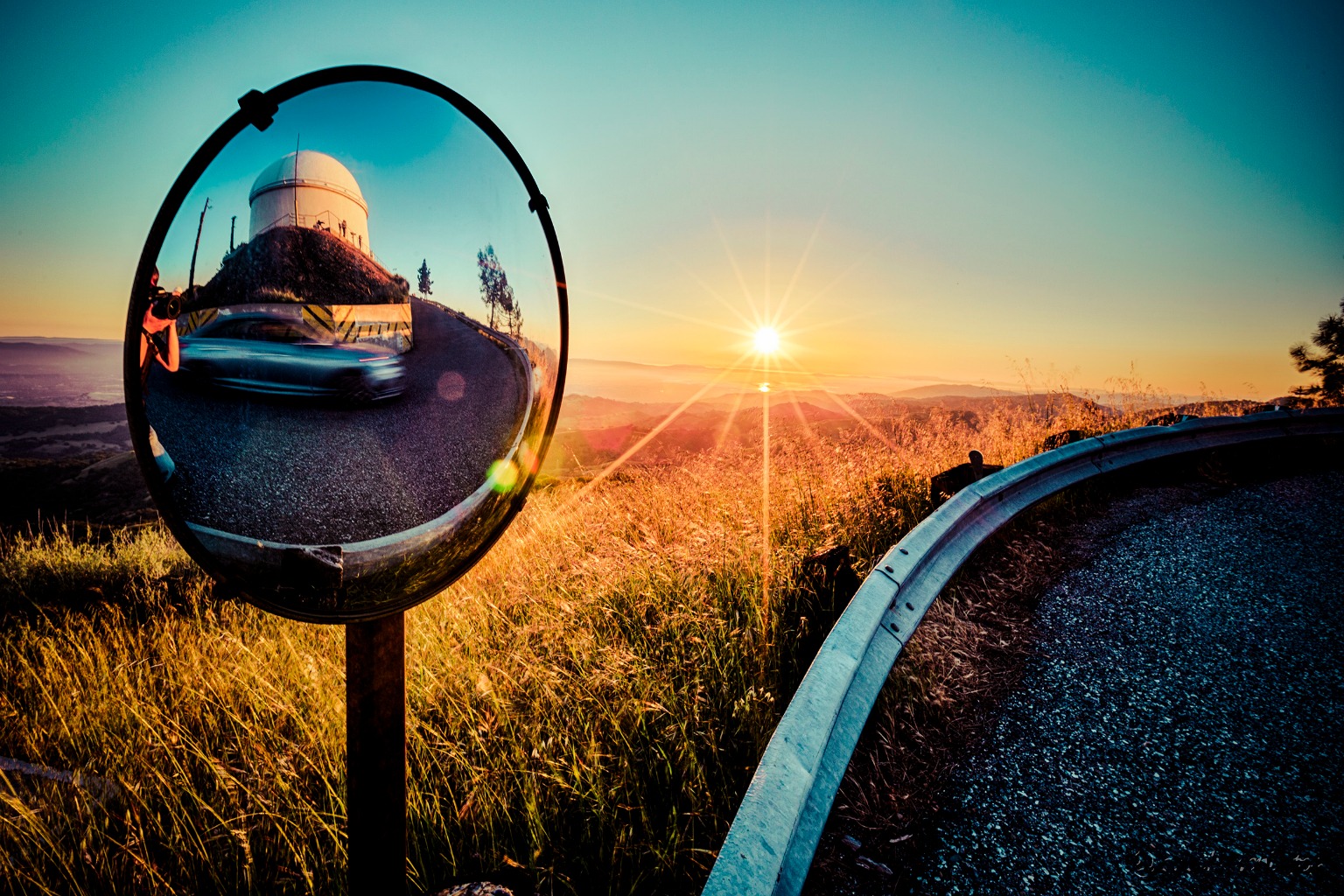 If you plug Lick Observatory into your phone’s map app, it’s likely to default to a route that takes you down 101, exiting East Capitol Expressway to Quimby Road. Quimby Road is a seven-mile stretch that connects you to CA-130 East, also known as Mt. Hamilton Road, which you’ll follow another 11 miles to the summit. There are definite upsides to the Quimby Road route. You’ll pass by Evergreen Village, where you’ll find a slew of eateries around a picturesque square including Citi Cafe, Sophie’s Mediterranean Grill and Evergreen Coffee Company, which, along with coffee drinks and smoothies, offers tasty sandwiches (eat in or to-go) on a bagel, bread or croissant. If you’re traveling on a Wednesday or Sunday, you’ll also find the Evergreen Farmers Market here from 9AM to 1PM. Continuing along this route, you’ll see the majestic Sikh Gurdwara, the largest Sikh place of worship in North America. Situated on 40 acres, visitors are welcome to take in the site’s expansive views, with signage providing additional insights. You’ll also pass through Joseph D. Grant County Park, the largest of Santa Clara County’s regional park and recreation areas. Covering 10,882 acres, the park is known for its grasslands, majestic oak trees and 51-mile trail system. What it’s not known for is shade, so spring, fall or winter are the best seasons to veer off for a hike. Another benefit of Quimby is that there are fewer bicyclists sharing the roadway, however, for good reason. Much of this route is steep and narrow with harrowing hairpin turns and only the occasional guardrail.

To avoid the Quimby Road default, here’s an easy workaround. The alternate route (only a few minutes longer) will have you exiting Alum Rock Road to CA-130 East (Mt. Hamilton Road). This route also provides food stops including New York Pizza and TeaZer, with a menu of boba drinks, sandwiches and snacks. When your grub is secure, keep heading upward, passing through Joseph D. Grant County Park on a gentler 19-mile ascent to the top. As you’re driving on Mt. Hamilton Road, marvel that this route was originally built in the late 1870s, anticipating the construction of Lick Observatory. The grade rarely exceeds 6.5 percent, which allowed horse-drawn carriages to lug up equipment. Today, that slow and steady climb attracts cyclists, so factor in an extra measure of precaution.

Either route requires unwavering attention—even as dazzling vistas are unveiled at every switchback of the road. You’ll know you’ve arrived when you encounter the first shhh! sign: “Quiet please. Day sleepers. Researchers work at night.”

For a better understanding of all the astronomical hubbub, plan a visit Thursday through Sunday when Lick’s marbled Visitors Center hall is open from Noon to 5PM. Starting at 12:30PM, free talks are given on the half-hour inside the dome of the 36-inch Great Refractor (which has 36-inch diameter lenses at the telescope’s top).

On the day we visit, our guide is Michele Redel, one of the 27 people who make their home on Mount Hamilton. Michele is a retired nurse who also serves as Lick Observatory’s chief water operator and safety coordinator. “We all wear many hats,” she tells us, before relaying the history of this visually-enthralling monument to 19th-century engineering. “When this telescope was built, it was the largest refracting telescope in the world. Everything you see had to come up that skinny road that you came up, and it all came up by horse and cart.”

We learn how the telescopes here help find planets beyond our solar system and discern the nature of galaxies and black holes. Michele also describes what it’s like to live on Mount Hamilton. She’s going on 12 years now. “Never in my life did I ever think I would be living at an observatory. I’m in awe all the time,” she shares. “Every time I walk in that dome, I’m still agog at everything that they did. It never gets old for me.”

After our tour of the Great Refractor, Michele directs us on a 10-minute walk (or short drive) to see the Shane Dome’s 120-inch Reflector. Completed in 1950, the mountain’s largest telescope deploys new laser technologies to minimize the blurring effects of Earth’s atmosphere. The Shane 3-meter Visitor Gallery is open every day from 10AM to 5PM.

Keep in mind, every day is a good day to visit Mount Hamilton. Scenery binoculars and interpretive signs are located around the facility, along with tables to enjoy the snacks or picnic lunch you remember to bring—and views, oh, the views! Weather and haze cooperating, visitors are treated to a bird’s-eye perspective of the entire Bay Area, from the skylines of San Jose and San Francisco stretching all the way to Half Dome at Yosemite. 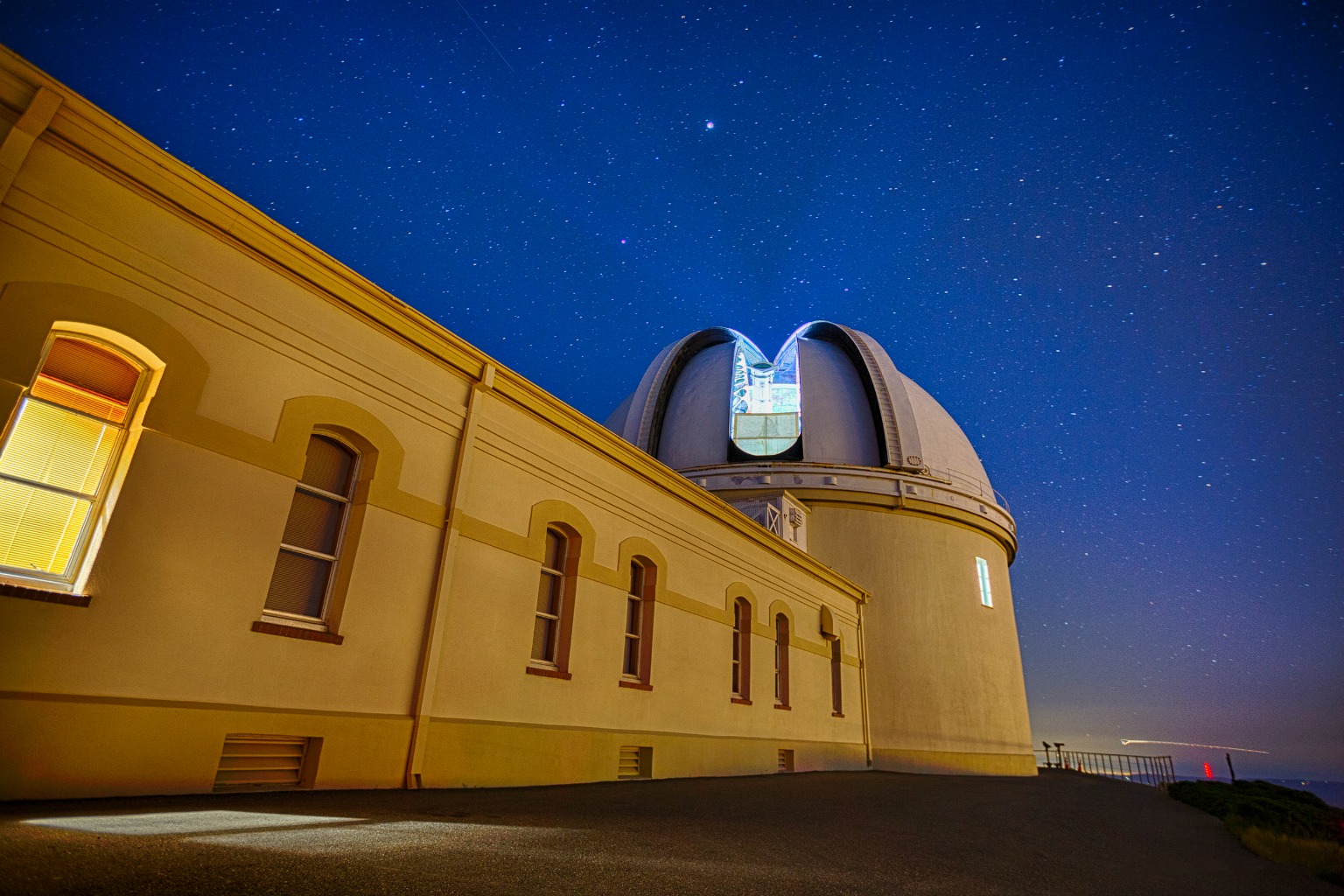 If you’re now clamoring to view celestial objects yourself, here’s the good news: Every summer, Lick Observatory presents multiple programs for public telescope viewings at night. Lick’s Public Evening Tours offer a “behind the scenes”-style astronomer-led walking tour and Lick’s Summer Series alternates between its Music of the Spheres concert series and Evening with the Stars lectures. As soon as the sky is dark, every guest gets a turn looking through Lick’s 36-inch Great Refractor and 40-inch Nickel Telescope. Plus, amateur astronomers set up in the parking lot for additional viewing opportunities.

If you think that sounds like a star-studded combination, you’re not alone. Here’s the bad news: The limited tickets for these programs go on sale in mid-April and sell out within days—if not hours. For 2019, the best option is trolling StubHub for second-hand tickets. To get a jump on the timing for 2020, sign up for Lick’s mailing list at ucolick.org/summer/resources/subscribe.html. You can also join Friends of Lick Observatory to get early access to Summer Series tickets: ucolick.org/main/support/folo.html

Is it worth the twisty, turny (some might say, tortuous), drive? Before we venture off to explore on our own, we ask our guide Michele for her take. “A lot of history started here,” she reflects, before delivering a resounding yes. “It’s one thing you should have on your bucket list. Make sure to come to Lick Observatory and be a part of it.”

Perched at 4,200 feet, Mount Hamilton has recorded measurable snowfall in every month from November through June—including a monthly record snowfall of 38.1 inches this past February. While the cold white stuff may seem enticingly close, you’re advised to steer clear. Mount Hamilton’s icy, dangerous roads are not equipped to handle snow-seeking visitors.

+ Come up with a full tank of gas. There are no service stations on Mount Hamilton.

+ Remember you’re heading to 4,200 feet. Bring water to stay hydrated and oxygen if you use it.

+ Anticipate cooler weather at the summit and pack a coat, sweater or blankets.

+ Prepare for limited connectivity: There’s currently no public WiFi and cell coverage can be spotty.

+ To preview conditions, check out Mount Hamilton’s live HamCams before you go: ucolick.org/main/science/hamcam.html