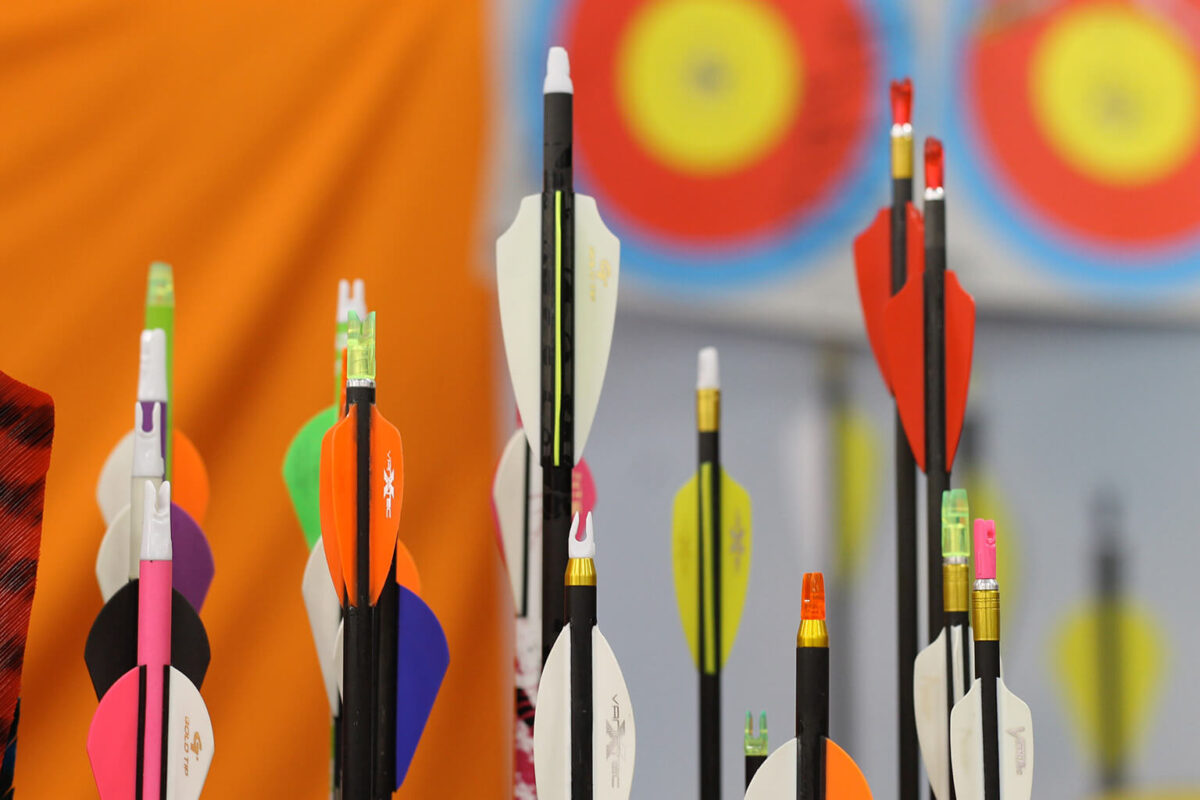 Staring at the target, I follow the guidance I’ve been given. Make sure my feet are aligned. Nock the arrow. Hold the bow with my left arm straight but not locked, rotated just-so. Hook the three middle fingers of my right hand around the bow string and pull straight back while trying to keep my body aligned. String pulled taut, I rest my pointer finger in what my instructor has called the “drool corner” of my mouth. I set my gaze below the target and finally, gently, release the bowstring.

The arrow arcs into the target with a satisfying thwack, definitely not a bullseye, but not far off center.

I’m in Pacifica at San Francisco Archers, a 500-acre archery haven owned by the San Francisco Recreation and Parks Department, located a half-mile up Rifle Range Road. Founded in 1946, the site hosts introductory archery lessons for the public every other Sunday and is certified by the National Field Archery Association. 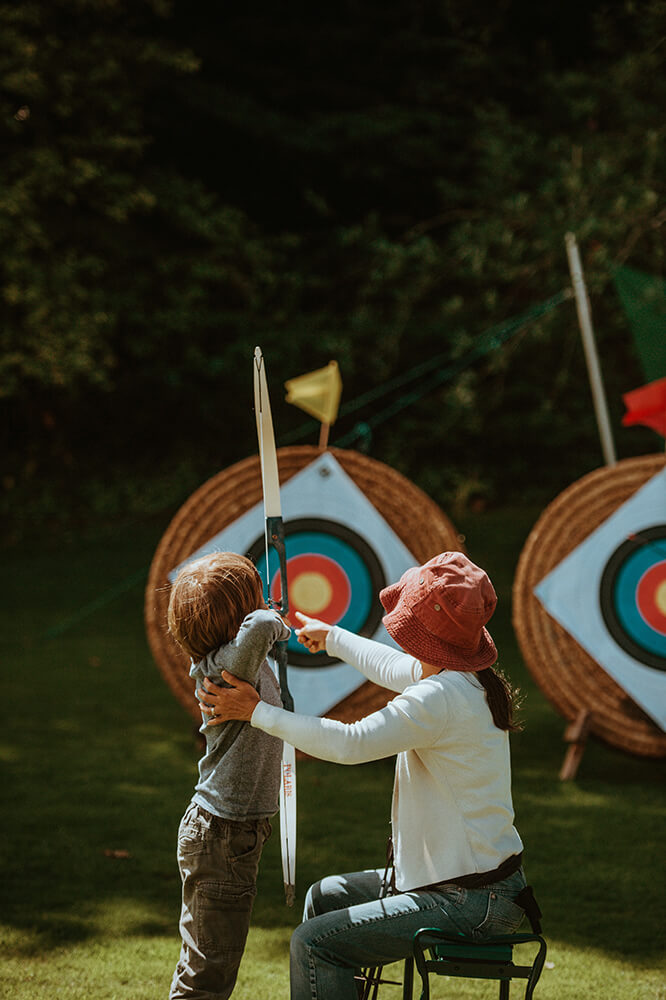 Leading the introductory session on a recent Sunday is Jack Rauch, a retired teacher, who speaks animatedly to an eager audience of children and adults, all equipped with protective gear. They wear forearm protectors to keep the bowstring from smacking their arms and finger protectors to make it easier to pull the bowstring back. Jack advises the group on key safety guidelines: watch the back ends of arrows, especially when removing them. Never run. And never point the bow and arrow at another person. It’s a well-practiced spiel, and one that’s critical for maintaining the association’s high safety standards.

Jack explains that volunteers take pleasure in teaching newcomers to shoot a bow and arrow—which also translates into getting outside, seeing wildlife and learning something new. “It’s not just about archery,” he observes.
Among the attendees is Valentina Rivera, age nine, who made the trek to the range with her mom. Valentina shares that she’s excited to try archery for the first time, an activity that caught her interest when she watched the feisty redheaded heroine in Disney’s Brave best the boys in competition.
These introductory sessions are a key way to teach beginners about the sport and find new members, says Jim Robison, board president of San Francisco Archers. At $5, the program is “one of the cheapest things you can do in the Bay Area,” he adds. These fees also help maintain the range.
Nearly four years ago, one of those attendees was Jim Volker, who, in an introductory session, managed to pop a balloon with an arrow. “I was smitten,” he recounts. Today, he sits on the club’s board and volunteers as an archery instructor, guiding me on how to consistently direct my arrows toward the intended target.

Jim relays that there are a variety of archery disciplines represented within the club. There are those who favor the challenge of Olympic recurve archery, others who prefer the stability of compound bows and some who like the thrill of bowhunting. There’s even a group of people who make their own longbows. 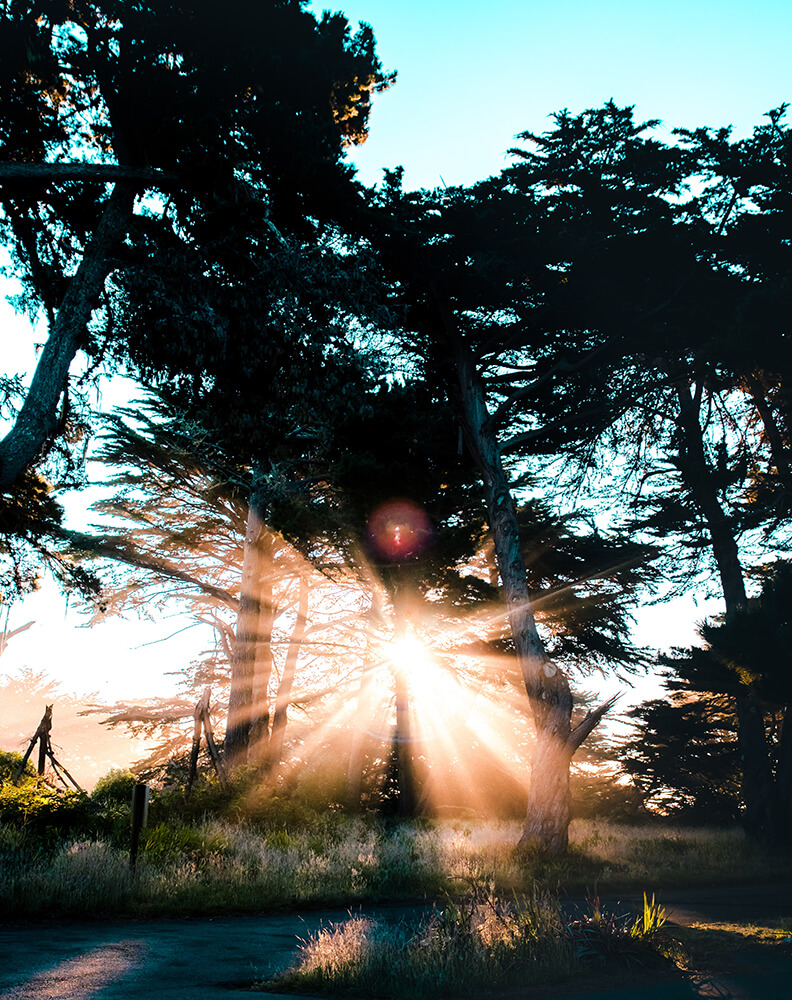 “We want it to be good for the public, and we want it to be safe,” Jim Robison shares as he gives me a tour of the range. Over the past 30 years, he’s invested a huge portion of his free time in bolstering the club’s operations. A South San Francisco resident, Jim used to golf a lot—until he tried archery. “It became my passion,” he says. “I ended up getting a bow and started shooting, and I haven’t played a game of golf in so long it’s ridiculous.”

A retired electronics repairman and self-proclaimed “country boy,” Jim says he finds solace on the archery range, even as he labors to help maintain the facility and prepare for upcoming events. After all… “I have this to come to,” Jim points out, as he navigates one of the range’s forested trails. “I probably put in more hours now then I was when I was working,” he says. “I enjoy the solitude out here. It’s peaceful.”

Other members of San Francisco Archers share similar sentiments. The archery range seems like a second home, the archery community a second family. Additionally, many also see the sport of archery as a unique way for families to grow closer together and find joy in helping facilitate that.
As we walk, I’m struck by how tranquil the landscape is. Dense with cypress and eucalyptus trees, the area is overlaid with a lingering layer of Pacifica fog. Intimately familiar with this place, Jim points out wild blackberries, strawberries and stinging nettle. On quieter days, archers often catch glimpses of bobcats, owls, turkey, deer and even mountain lions.

Speaking of beasts of prey, the club hosts an annual One Million B.C. shoot every August. One of several archery competitions offered by the group, this decade-long tradition gives participants an opportunity to shoot at three-dimensional, life-sized dinosaurs made of foam. In the weeks and months leading up to the event, Jim spends hours upon hours with a small group of club members painstakingly repairing prehistoric targets and setting up for the shoot. Just moving the mammoth sculpture, Manny, into position requires a team of six. 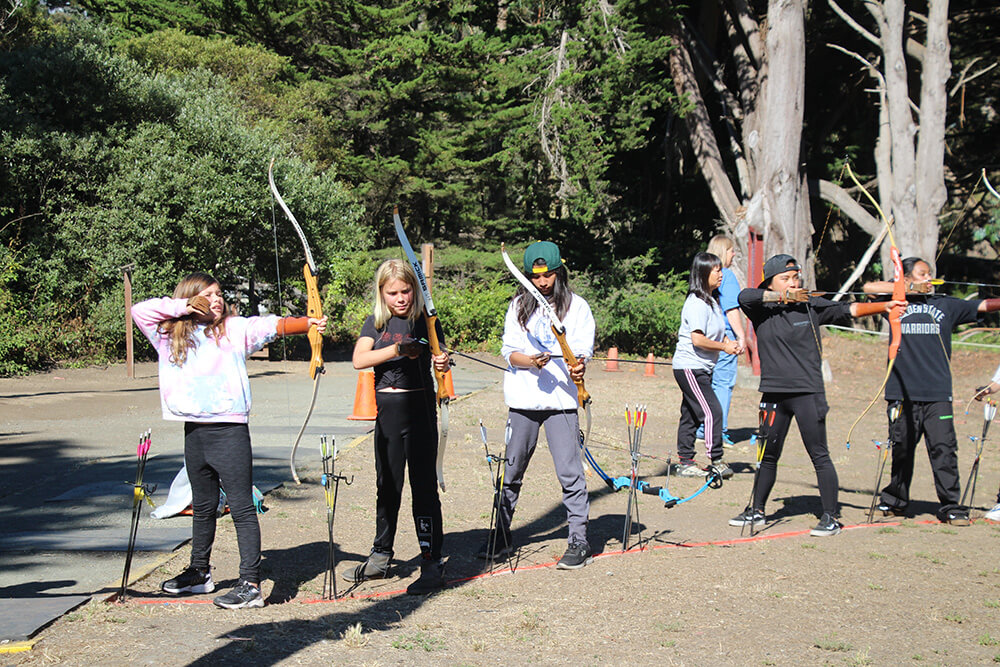 Ashley Adams, secretary of San Francisco Archers, says she joined the group about nine years ago after falling in love with the people there. More broadly, she adds, the archery community around the Bay Area is supportive and inclusive. Even during major competitions, archers are known to give suggestions to their competitors. “One cool thing is that the competition wants to see you do your best,” she says. “They’ll help give tips in the middle of world competitions.”

As archery advances from primal hunt to hobby, that sense of camaraderie and support attracts newcomers. Even though I found shooting a bow and arrow intimidating at first, it’s easy to understand why this sport hits home with so many.

A Range of Ranges