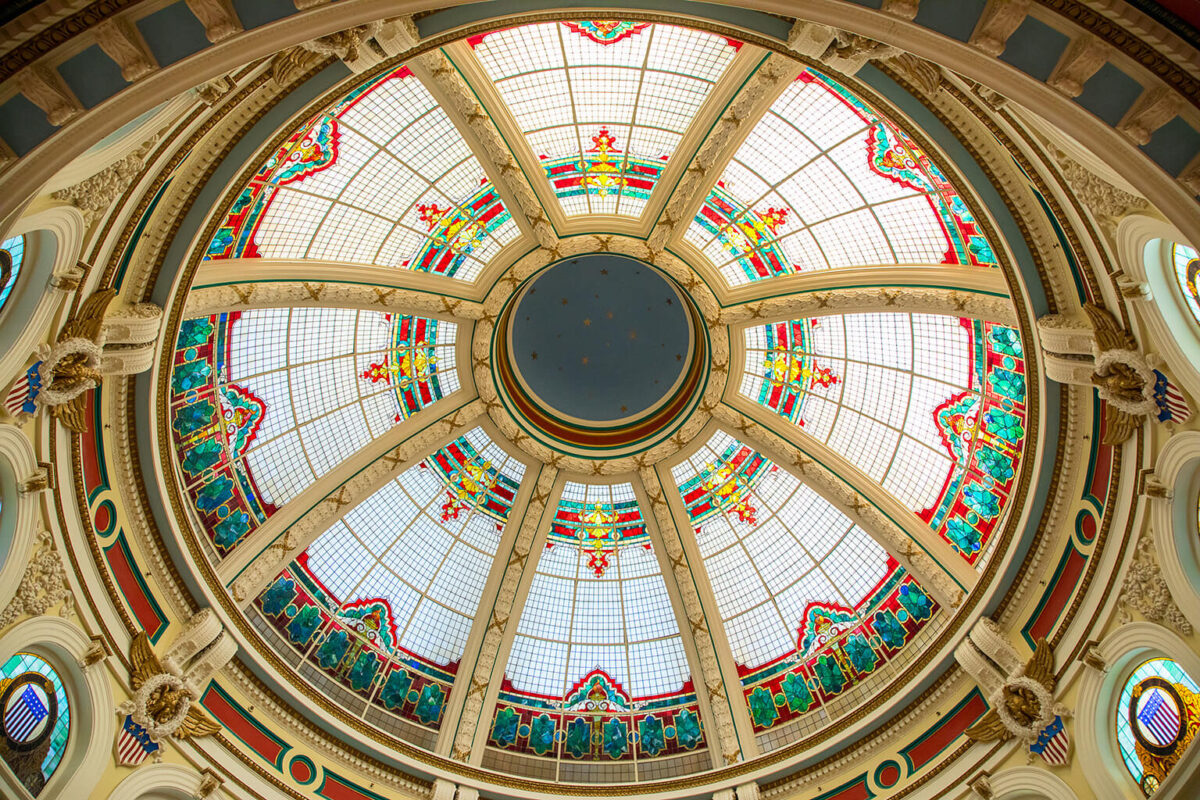 It’s not hard to spot the San Mateo County History Museum. To visit Redwood City’s courthouse turned facility of learning, look for the grandiose building with towering Corinthian pillars and hulking decorative eagles that sit on ledges like stony gargoyles. Waiting in the rotunda is Dana Neitzel, Pacifica resident and curator for the San Mateo County Historical Association (SMCHA). We’ve asked Dana for a private tour to glean insights into her work and the museum’s mission to bring Peninsula history—from the original native people to today’s inhabitants—to life.

“Our job here is to tell local stories. But we’re putting it in a national and worldwide context,” Dana explains as she crosses under the building’s massive, Renaissance revival-style dome, its stained glass twinkling like a colossal kaleidoscope. “History repeats itself. The human factor of how you interact with your world is universal.”

Speaking of “the human factor,” Dana has been a driving force behind the museum since 2009. Among her responsibilities, she develops, designs, curates, fabricates and installs four to six changing exhibits each year as well as renovates the permanent ones. The grand total to date: 61 exhibits. She also assists with SMCHA’s other two historic sites: Pacifica’s Sanchez Adobe and the Woodside Store. 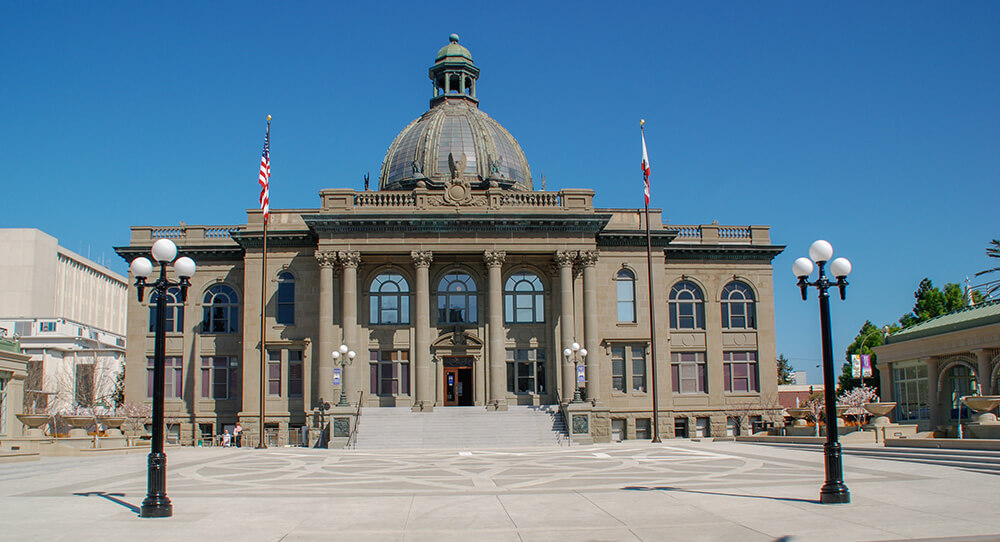 When asked for favorite tidbits of local history, Dana cracks a smile and reveals that the county got its start embroiled in corruption. “One of the early exhibits (and more fun ones) I did was called Broads, Bootleggers and Bookies… We had so many bars in this museum, it was ridiculous!” The temporary exhibit is no longer available, though a permanent version dedicated to both law breakers and law enforcement can be found upstairs. The sheriff’s badges and dueling pistols seem to stare each other down from opposite sides of the room in a symbolic standoff. 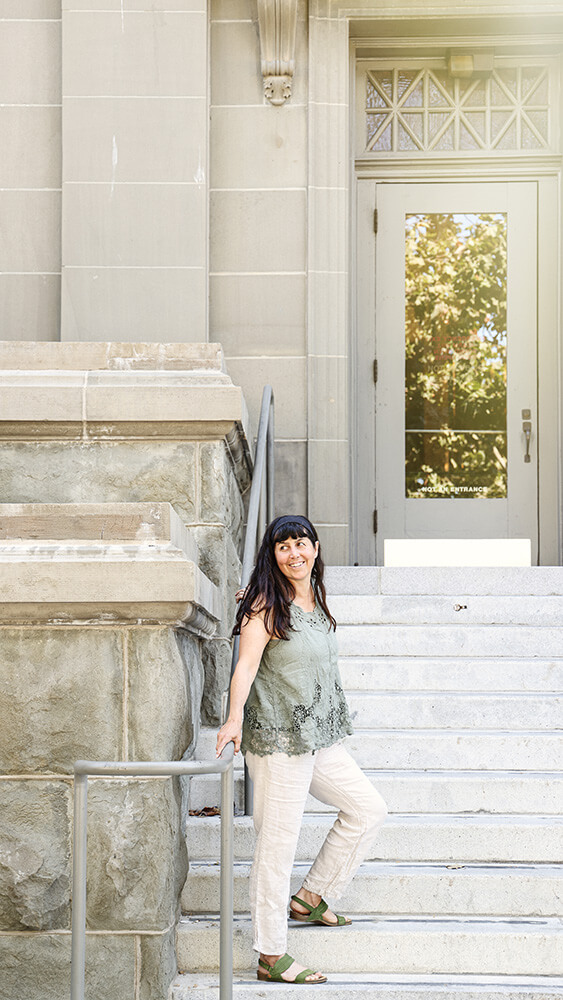 As Dana leads the way into an interactive exhibit spotlighting the county’s early residents, an Ohlone chant fills the room. “We want to address the different learning styles,” she shares as she passes a traditional willow and tule hut, along with animal skins and hunting equipment in the Native American corner—then moves along to the rancho section featuring cowhides, saddles and spurs. Fueling the imagination, the walls depict Old West scenes set against the expansive frontier. “Type one is personal,” Dana elaborates. “It needs to speak to you. It needs to speak to me. Type two is the reader. ‘I want content. I’m gonna read every single label.’ So we need to make sure that the text we have is telling stories. Type three is ‘I gotta touch this! I wanna see that! That looks good!’ For those people, we want to have imagery that draws them in and makes them want to read the text. And then type four is the holistic learner. ‘I want the big idea. What is this whole thing trying to say?’”

Dana self-identifies as a big-picture type four. “I am a lifelong learner,” she clarifies. “What really interests me is learning something new.” It’s one of the reasons she first came to the museum. After nearly a decade at Oakland Museum of California—where she tackled everything from cataloging items to conducting visitor studies to organizing and transporting 2,500 Native American baskets to the museum’s new state-of-the-art warehouse—Dana joined the tight-knit team at SMCHA. Though her current job spans the responsibilities of five employees for a single department over at the Oakland Museum, she enjoys the freedom and variety of her work. “I like doing a little of everything. I get bored if I do the same thing every single day,” she confides with a laugh. “And that was what one of my references told my boss here. Every once in a while, she’ll check in and say, ‘Dana, are you bored yet?’ I’m like, ‘Nope!’” 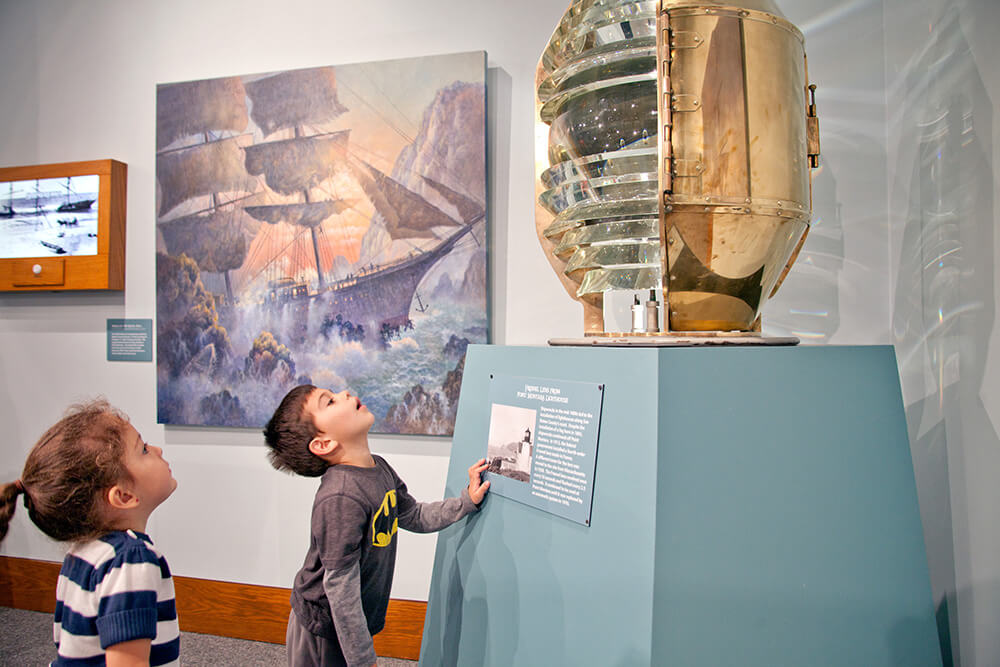 As Dana weaves her way through the many experiences here, it becomes apparent that she (and the other SMCHA curators before her) haven’t taken a one-size-fits-all approach to the exhibits. Each room takes on a flavor that matches its subject matter, expressing a personality uniquely its own. At Mavericks, a surfboard simulator invites riders to hang ten amidst walls crafted like a cresting wave. At Land of Opportunity, colorful hues and an eclectic collection of multicultural clothing and artifacts honor Bay Area immigrants. And at the local and international maritime exhibit, boat models, stormy ship paintings and a pulley demonstration provide focal points.

Perhaps most impressively, there’s the “object theater” at Living the California Dream. As the voices of past promoters from different time periods try to sell you (the perspective home buyer) on the benefits of living in San Mateo County, videos play through the windows of “rooms” in grand estates and suburban 1920s kitchens. Vintage household items (ranging from a dust bag vacuum cleaner to a Laun-Dry-Ette Electric Washing Machine) are illuminated in turn. 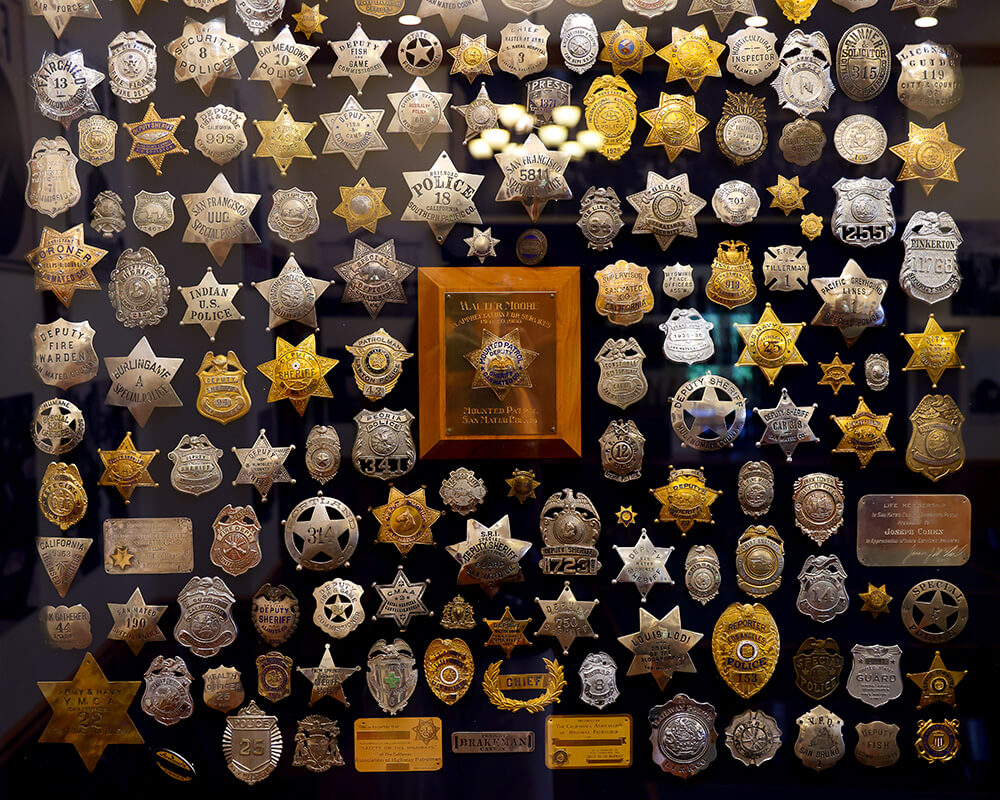 With an emphasis on relaying personal accounts, the museum makes oral histories a priority. “So yes, we have cool artifacts,” notes Dana, “but who used those artifacts?” Visitors listen and learn as the voices of San Mateo County immigrants speak about the traditions they brought with them, a child of bootleggers shares memories of the family making grappa during Prohibition and a seasoned Mavericks surfer recounts death-defying tales.

Dana makes a light-hearted confession toward the end of our visit: “I’m not a historian. I just play one at work,” she good-naturedly admits. Really, she’s more of an anthropologist at heart. “I’m into people… So what makes humans tick. And the artifacts they use represent where they are in their lives—what their culture is about. You can learn so much about humans from the objects they use.”

As our tour ends back at the rotunda, it’s evident that Dana and her team’s tireless efforts create a conversation with San Mateo County’s rich history and culture. The voices of the Peninsula—past and present—fill this place. And it’s so much more than the distant murmur of first-hand accounts from the speakers.