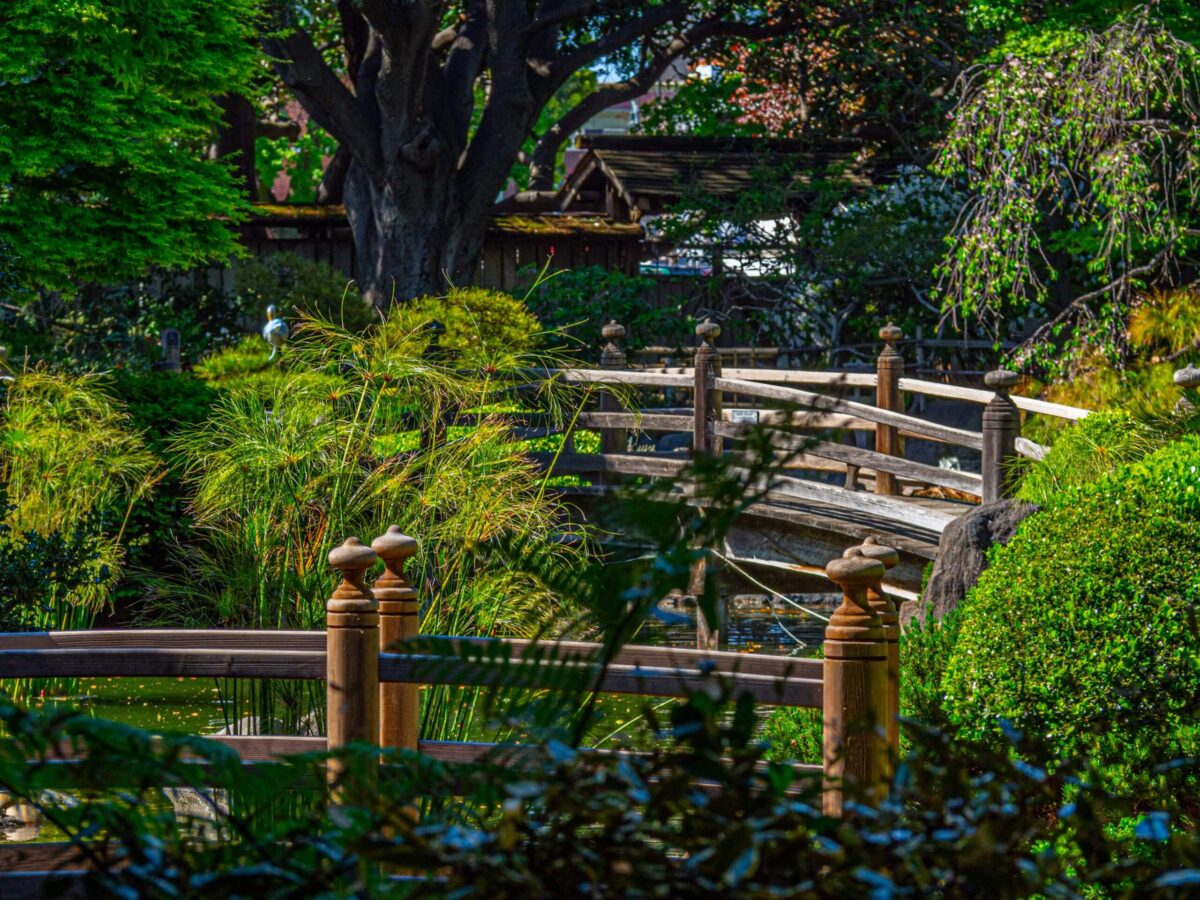 Walking through San Mateo’s Central Park, it’s difficult to miss the bamboo fences that surround the Japanese Tea Garden, a quaint area tucked away in the back of the park. After World War II, the city of San Mateo sought to develop stronger ties with the Japanese community and established one of the United States’ first sister city relationships with Toyonaka in 1963. A gift from Toyonaka, the garden was installed in 1966, designed by Nagao Sakurai, the chief gardener for the Imperial Palace of Tokyo and the designer of the Japanese Tea Garden in Golden Gate Park. Sakurai closely collaborated with the San Mateo Gardeners Association, which at the time was made up of many Japanese Americans in the community. Visitors to this peaceful haven will find a pagoda statue installed at the park’s opening, a traditional gazebo (azumaya) and a teahouse (chashitsu). There’s also a diverse range of foliage, including Japanese maples, bonsai plants and cherry trees (best viewed in late winter or early spring to catch the cherry blossoms in bloom). Koi fish in the large pond in the middle of the gardens are fed every day during the summer at 11AM and 3PM. To get the best view of the feeding, stand on the bridge. The garden’s usual hours are 10AM to 4PM Monday through Friday and 11AM to 4PM on weekends. It is most easily accessed through the Laurel Street entrance, and admission is free. Call 650.522.7400 or check cityofsanmateo.org/3319/Central-Park-Japanese-Garden for current access updates.