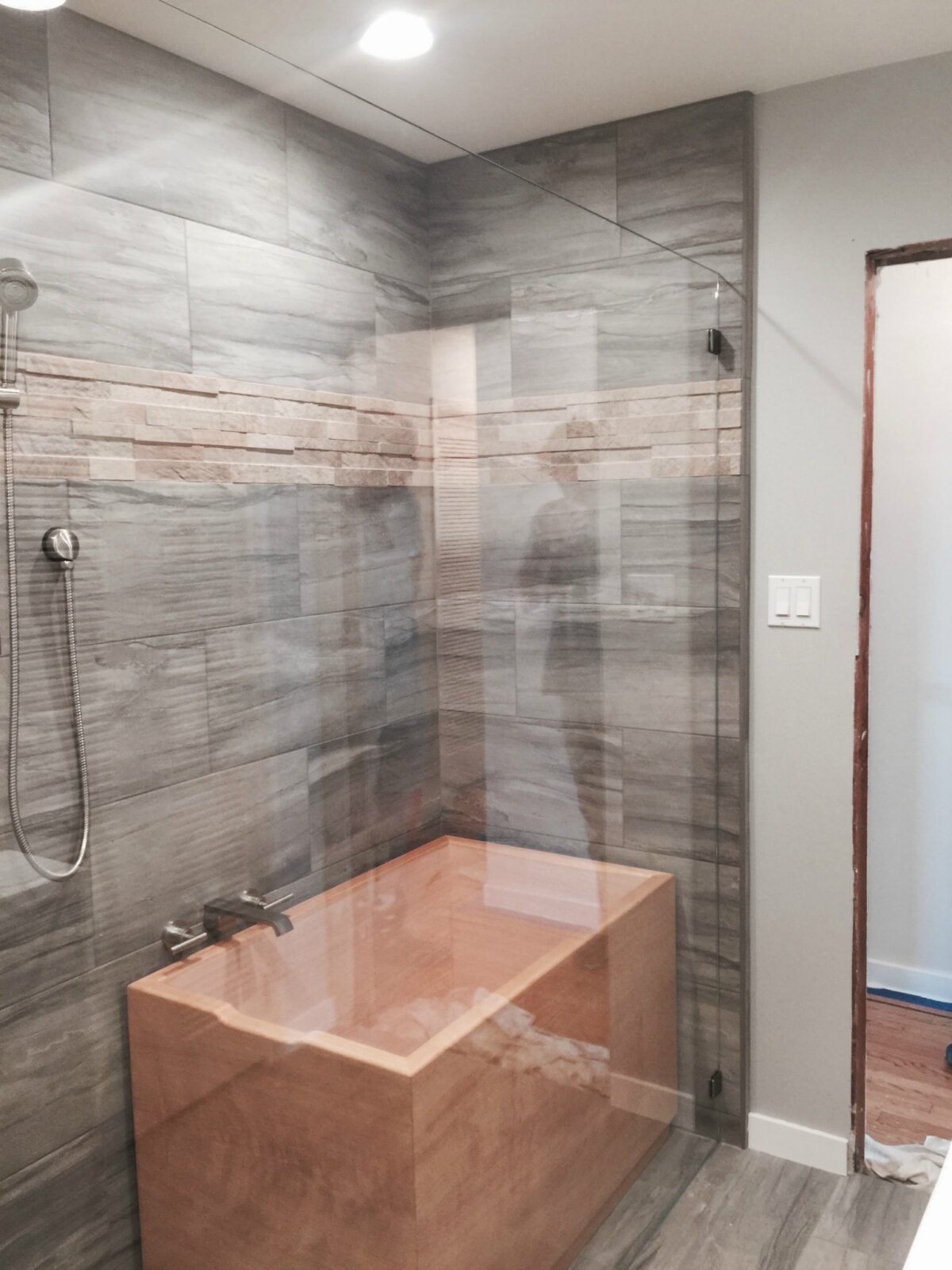 It has almost mystical, magical qualities. It’s made from opaque sand, although it’s completely transparent. It’s neither a liquid nor a solid, hovering somewhere in between. And while it’s a staple in design, one of its most revered values is not being able to see it.

Glass is all of these things—and as Telly Sionides will tell you, so much more. “It’s a wall without being a wall. It’s a safety net without looking like one. It opens up a room where everything else obscures it,” Telly notes, adding to the list of wonders. “Designers are using glass for everything these days. People are always amazed by all the things you can do with it.”

Telly should know. He and his wife, Silke, have dedicated the past six years to exploring and expanding their knowledge of this aesthetic and highly-functional material. As the owners of CB Showers in San Carlos, they apply their expertise to interior and exterior glass—in applications ranging from shower doors, railings and partitions to cabinets, backsplashes and wine rooms. There is one exception… “We don’t do windows,” Telly says.

Born in Thessaloniki, Greece, to a Greek father and an American mother, Telly explains that his fascination with glass came later in life. After leaving Greece at 18, he joined the U.S. Air Force where he learned electronics. Following his service, he worked for the U.S. Army as a civilian contractor. “I got an offer to work in Germany for a year or two doing electronics on helicopters and I ended up staying 23 years,” he says.

As Telly was preparing to leave Germany, he met Silke, and they moved to Nebraska where he ran a train repair site, before relocating to Mare Island in Vallejo for another position. With a move back to Europe looming (for projects in Russia and China), Telly and Silke decided to put down roots instead. While looking for a business to buy, they heard about CB Showers—and began to contemplate their future more clearly. “I’ve always been interested in architecture and design but I had never thought about glass as a medium before,” Telly recalls. “When I saw what they were doing and met with the owner, that’s all it took.” 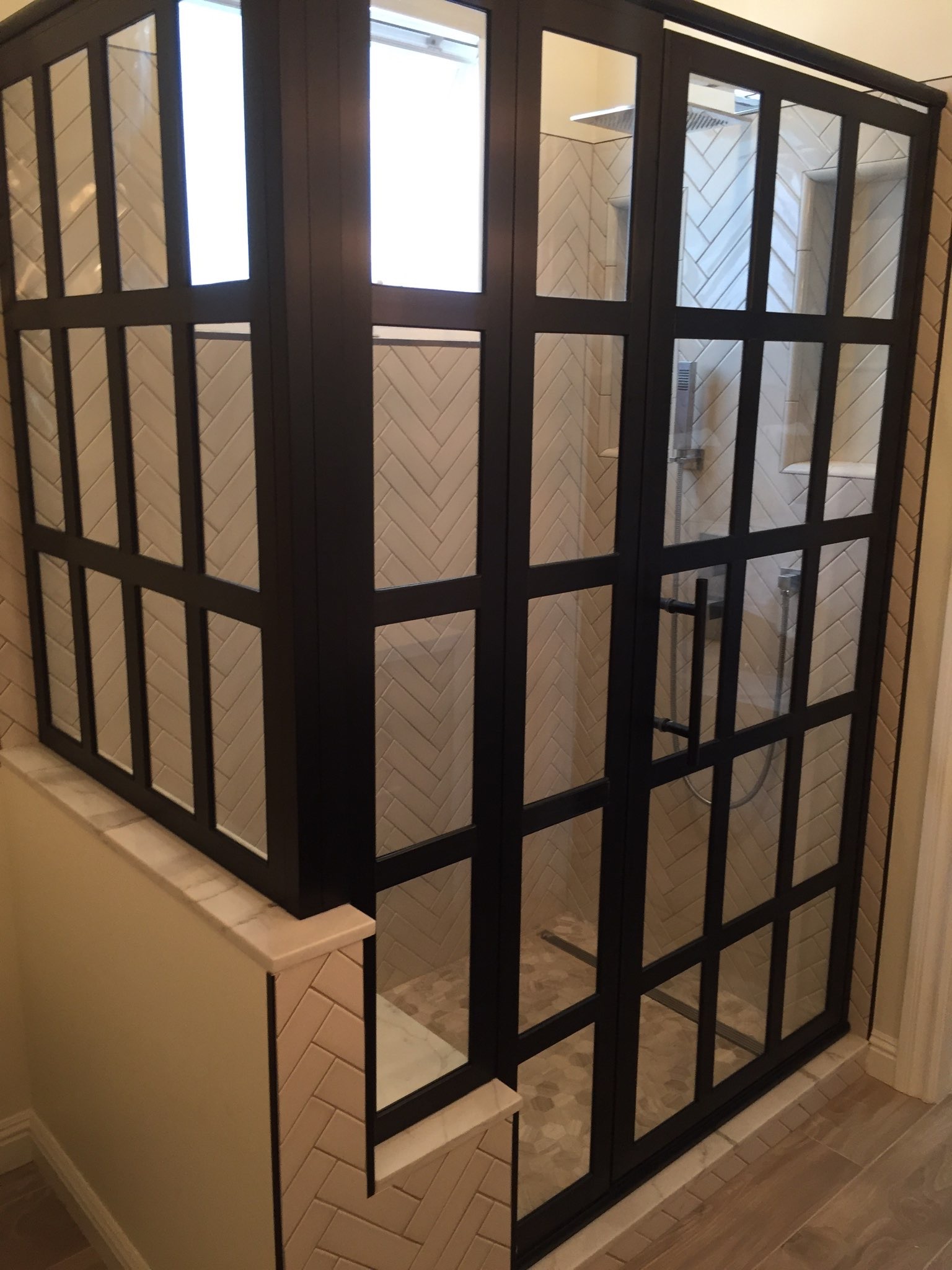 Originally founded in 1986, CB Showers introduced frameless showers to the Peninsula and also specialized in mirrors. When Telly took over the business, he recognized the potential to significantly expand the way homeowners look at glass: “I’m trying to show it so people say, “Oh! I didn’t know you could do that!” Curved glass. Cast glass. Laminated glass. Etched glass. Colored glass. Back-painted glass. Textured glass. Even ceramic-painted glass creating the effect of a grid shower. “People will come and sit for hours going through all the samples,” Telly says. “There are just so many options.”

And while the U.S. is a design leader in some regards, Telly acknowledges that the cutting-edge trends in glass are still coming from overseas, especially Australia and Europe. “I think they do a lot more. We’re catching up here but many of the designs here still copy the European designs.”

Telly says the biggest shifts he’s currently seeing are with hardware and finishes. Where the standard finish used to be brushed nickel or chrome, now he’s seeing more matte black and custom selections. “There’s a lot more color,” he observes. On the hardware side, he points to examples like new braking systems for sliding glass doors and wooden door handles for dry saunas. And when it comes to the color of glass, he says the most popular look is utterly transparent—as in crystal-clear, which has less iron it it.

Glass that obscures the view used to be common in showers, but privacy concerns are being set aside for aesthetics: “If you’re investing in nice tile because you want something beautiful, you want to see it, not keep it hidden.”

Given his custom approach, Telly especially appreciates innovative and functional applications of glass, whether it’s saloon-style double glass doors with a glass transom blocking sound from a media room (while maintaining light and airiness), or glass doors and panels with LED lighting creating a stunning showcase for a wine collection. 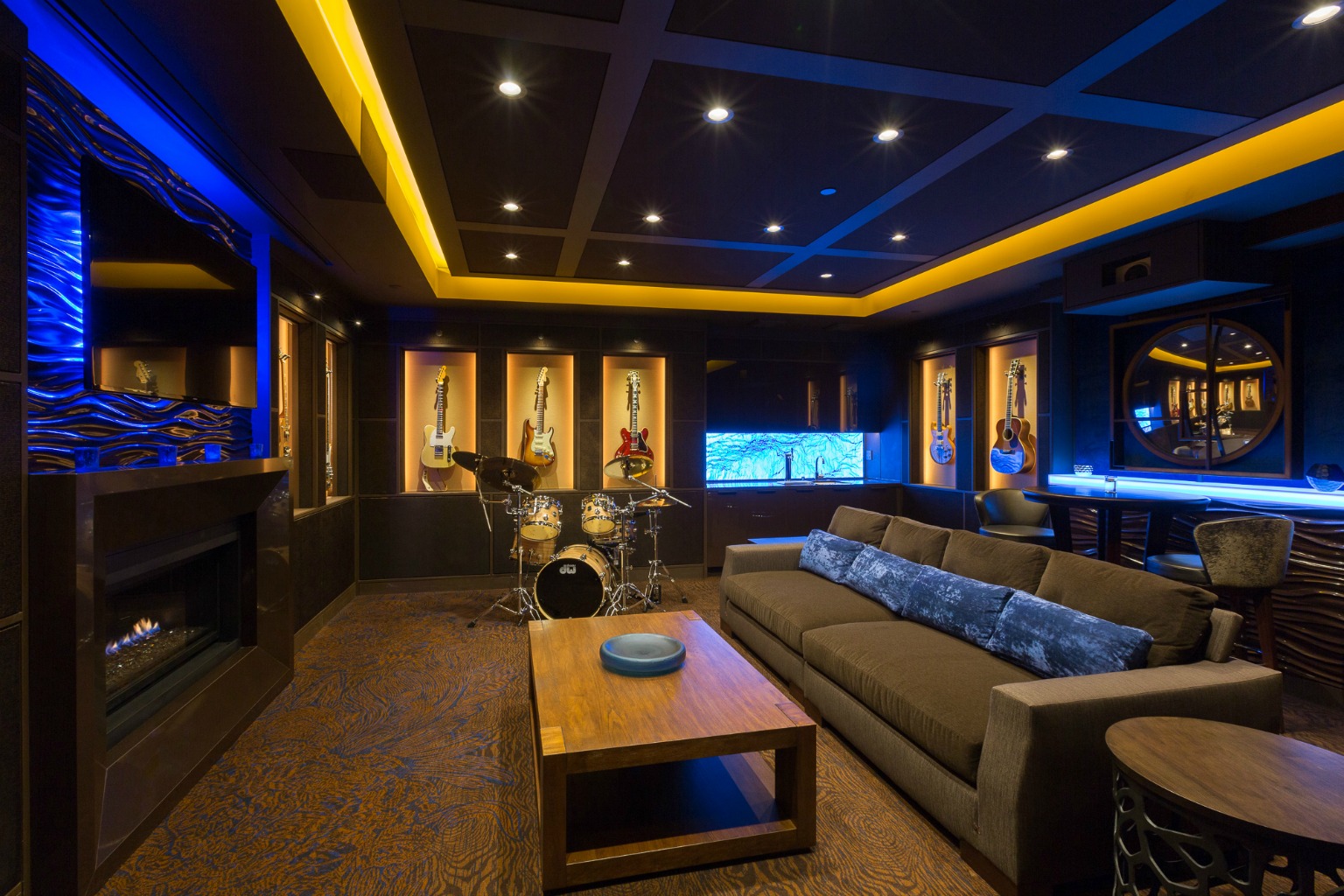 Telly is also seeing more floor-to-ceiling glass. “You have safety and security but also the openness of having light going through it,” he says. In addition, he’s observing a surge in the popularity of glass railings. “Especially on balconies, it can get windy at times. With glass railings, you still have the view, but you can block a lot of the wind.”

Wine rooms, saunas and steam rooms are also seeing big upticks in glass demand and Telly is excited by the opportunity for further expansion. And although he didn’t originally set out to buy a glass business, he’s thankful for his clarity of vision. “I think designers build in the glass differently than before,” he reflects. “It used to be more like a final touch and now they’re designing it into their whole vision.”