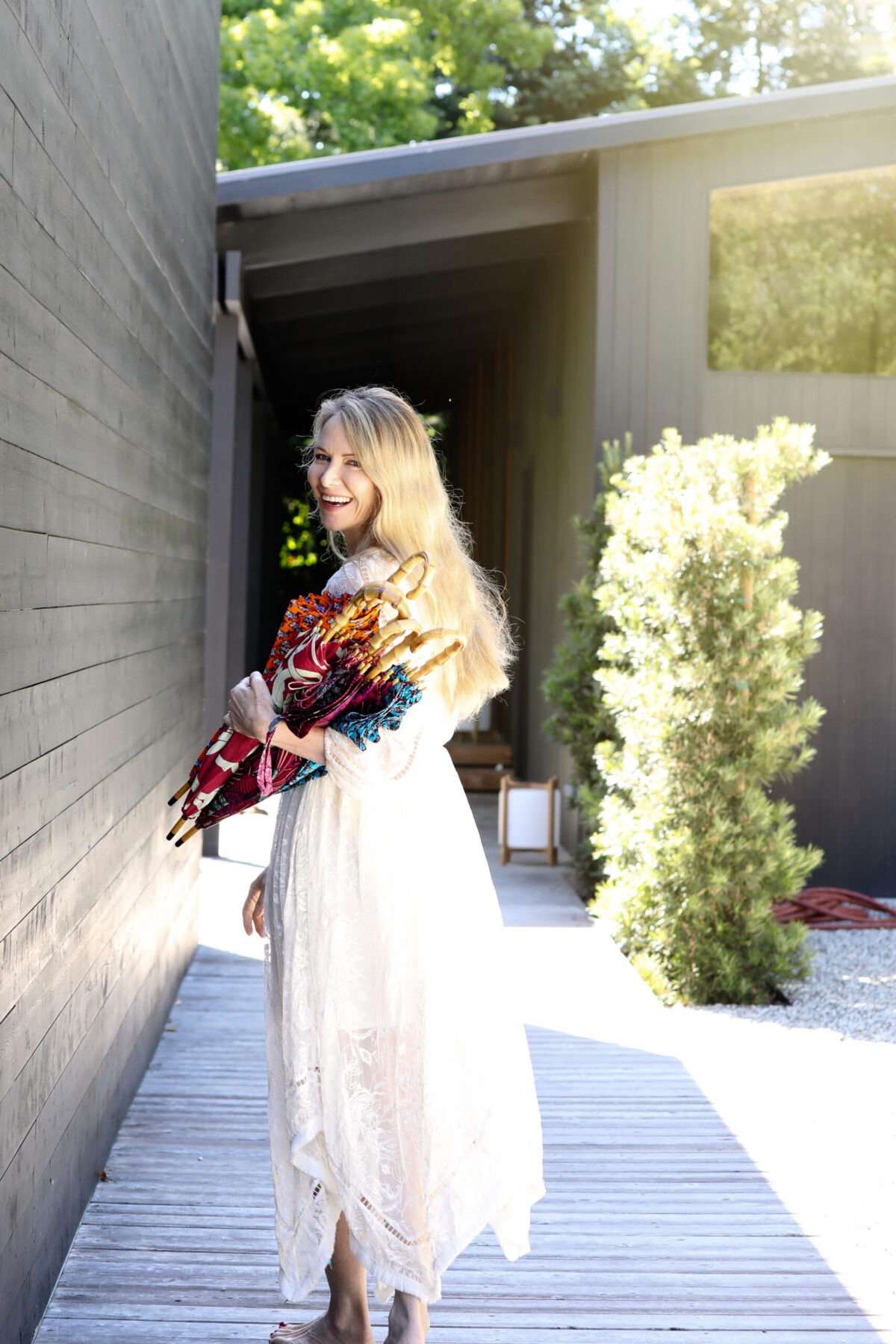 Penelope Joye pauses to better reposition herself under the shade. The fresh-faced entrepreneur who hails from Australia is seated in the backyard of the Atherton home she shares with her family during a recent early afternoon. As she talks, the sun shines directly above.

“I’m always very aware of the sun,” she says. “Hence, the umbrellas.”

Nestled in Penelope’s hand is an elegant bamboo handle that extends upwards to reveal a vibrancy of color and design in the style of African wax prints. Attractive to the eyes and fanciful like a garnish in a tropical drink, the umbrella also serves as a protector from nature’s harsher elements.

“Can you name an umbrella brand?” she asks, rhetorically. “I want to be the brand you can name.” 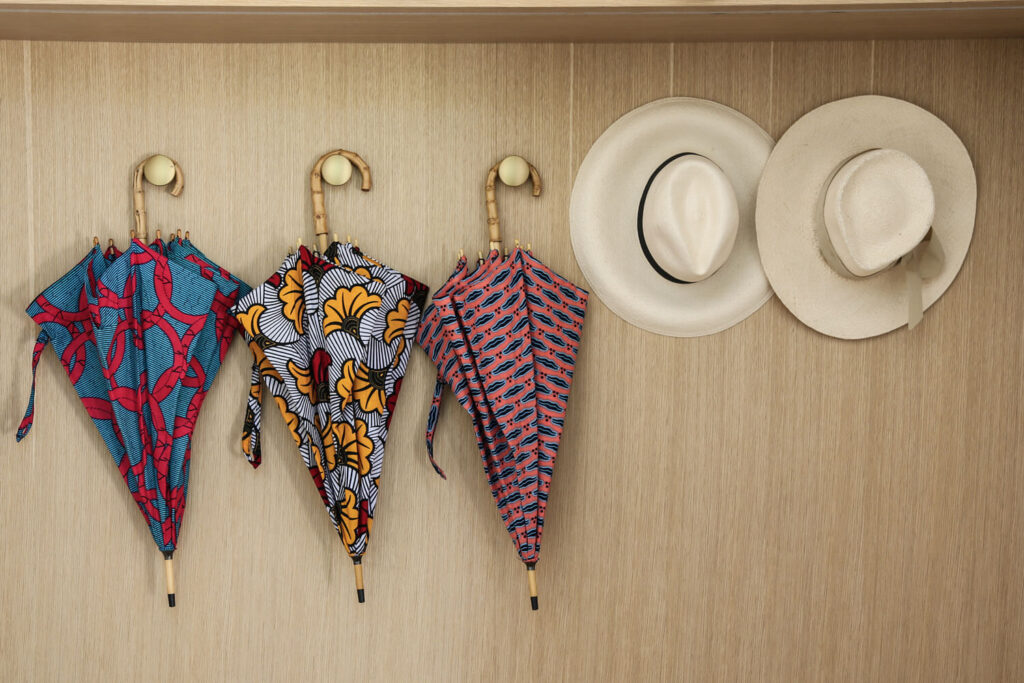 Japarra Umbrellas, its name referencing both an Aboriginal word describing the cycle of life and the French word parapluie, meaning umbrella, is Penelope’s answer to a tasteful—rather than topical—sunscreen. It has the timeless sophistication of a stylish parasol with the all-weather defense of a vigorous umbrella, coated with a nanotech polymer to withstand rainwater.

Furthermore, the independent company is the summation of a career spent supporting other people’s businesses. Penelope worked extensively in investment banking before transitioning into corporate speech writing. But with Japarra Umbrellas, she strikes out on her own with a product she’s designed, manufactured, promoted and will soon personally ship to customers across the country. It’s a business of her devotion.

“It resonates with me personally; I grew up in the Australian sun where I had many sunburns as a kid and had skin cancers removed. I know it’s totally avoidable. Yes, it’s a consumer product but it’s actually doing something good and helpful,” she says, breaking into a smile. “Now, my whole family thinks I’m officially obsessed because I try to talk about packaging at the dinner table.” 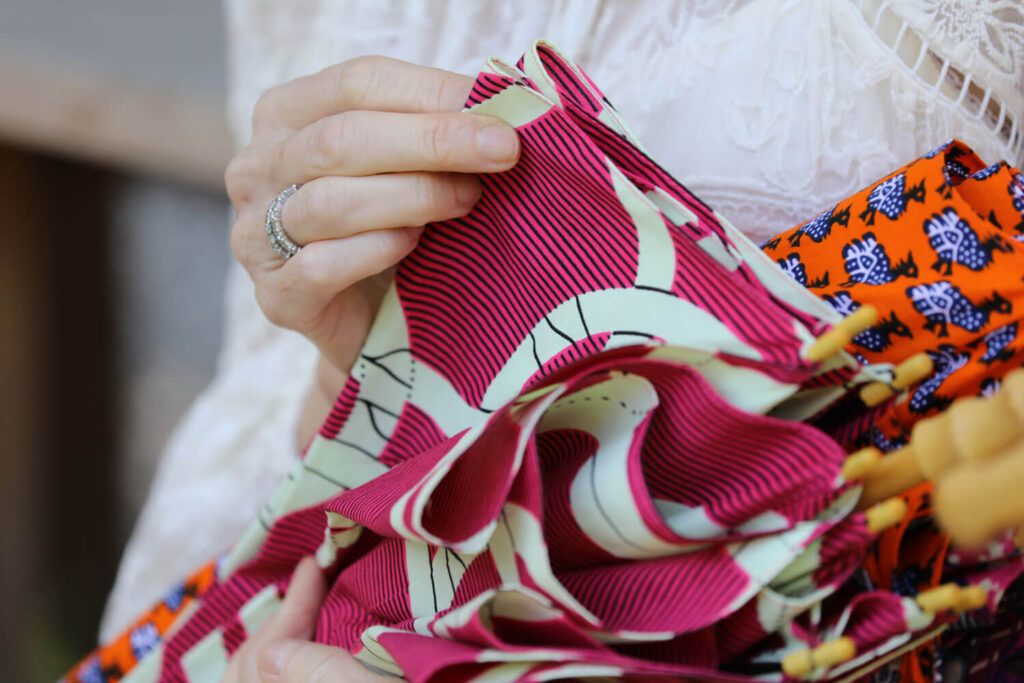 Raised in Sydney by her mother who ran a restaurant, Penelope was exposed early to business operations by helping her mom keep the restaurant’s books. She demonstrated an advanced aptitude as a child (a grade school teacher advised Penelope’s mother that she was too young to be reading The Thorn Birds) and started her first company, a stamp business, during her senior year of high school.

Penelope studied law and economics at the University of Sydney before moving to New York City to work in investment banking. Thus began a life in motion, and she reckons she’s had a dozen relocations around the globe. She returned to Australia to become a founding principal of a financial services company and met her now-husband Karim in Sydney. The couple have three children, all born in Australia before the family moved to Tokyo.

“That’s where I first noticed umbrellas used for the sun,” Penelope says. “I was aware of the need to protect your skin but it wasn’t until we went to Japan that I saw both men and women using umbrellas in the sun. The problem in Japan is that their umbrellas are all black or plastic. I was using the black, standard ones and my skin was getting better. But I couldn’t find any nice-looking umbrellas. The idea was germinating.”

After she and her family moved to Singapore, Penelope noticed more umbrella usage but her umbrage for their unsustainable methods propelled her to further explore the idea. “The problem with nylon is that it’s considered disposable. A lot of umbrellas end up in landfills and they’re nasty for the environment,” she says. “I started thinking that I could do something better, brighter and more colorful.” 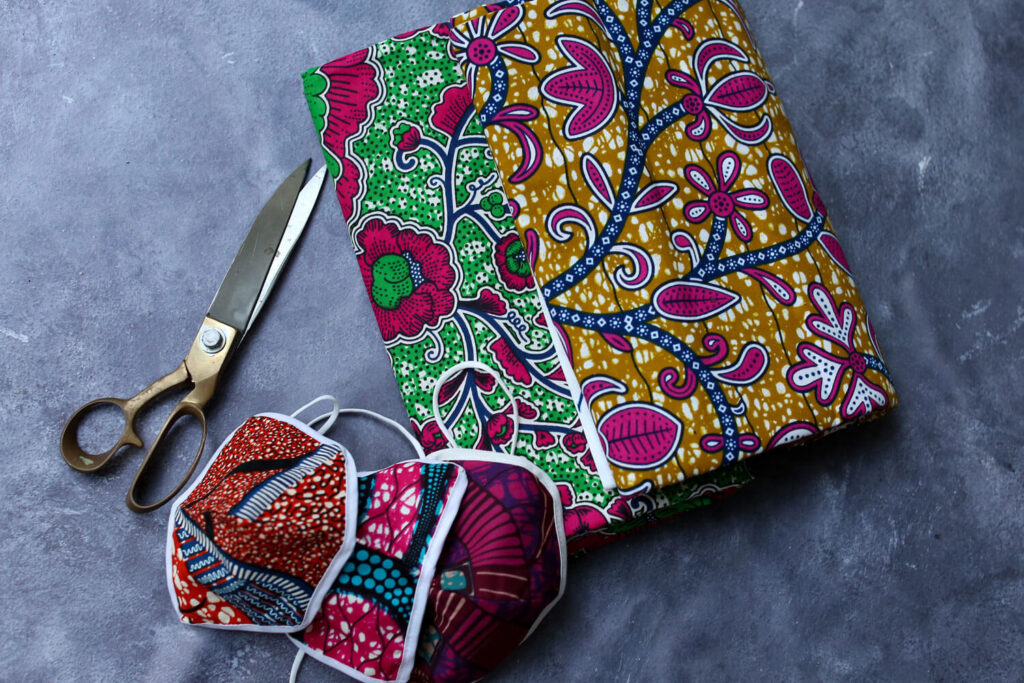 She traveled to a trade show in Hong Kong to meet with manufacturers and found a group to do the prototypes. Driven by her love of the radio show “How I Built This” on NPR, Penelope started with a small run to ensure that the bamboo handles and steel ribs that open the umbrella were reliable and in vogue. Because cotton is not waterproof, she personally applies a non-toxic spray similar to a Scotchgard to each umbrella by hand, using a polymer to bind with the cotton and prevent water saturation.

Each step of the way, Penelope learned insights such as the differences in international freight prices and how to brand herself on social media after taking a course at Stanford. She explains how her entrepreneurial ambition was also an opportunity to provide her children with first-hand experience in running a business.

“I wanted to show them a good, strong female role model,” she says. “I’ve involved them a lot in the process, like when I set up the LLC. I want them to understand business.” 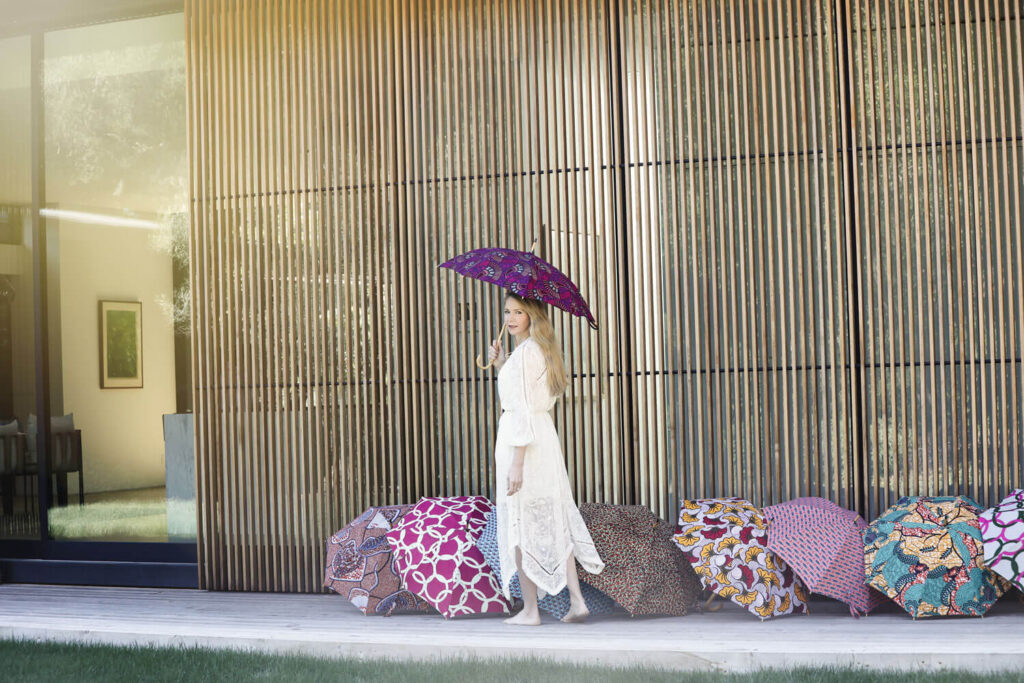 Upon moving to the Peninsula, Penelope noticed a difference in how sun protection shifts from country to country. In her native Australia, many parents adopt a “no hat, no play” rule, which isn’t always the case for children roaming under the California sun. Beyond the occasional use by movie stars such as Audrey Hepburn or Nicole Kidman, parasols are somewhat obscure across Western culture.

A walking personal testimonial for Japarra, Penelope is often spotted with an umbrella strolling the Atherton streets or hiking local trails (The Dish and Windy Hill are personal favorites) with the family’s Rhodesian ridgeback named Sydney. And an umbrella is always perched above her head when she watches her son play tennis.

She believes Americans will embrace using an umbrella in the sun if it’s viewed as a fashion item or a go-to accessory. Ultimately, Penelope hopes that Japarra is regarded as something traditional done in a new and sound way that has clear health benefits.

“This is an investment in skincare. Women spend so much money on creams but the minute they go out in the sun they might as well throw it all away,” she says. “With Japarra, the per-use investment was compelling and the prints are creative. And at the same time, it appeals to me on the investment side—you are investing in yourself.”