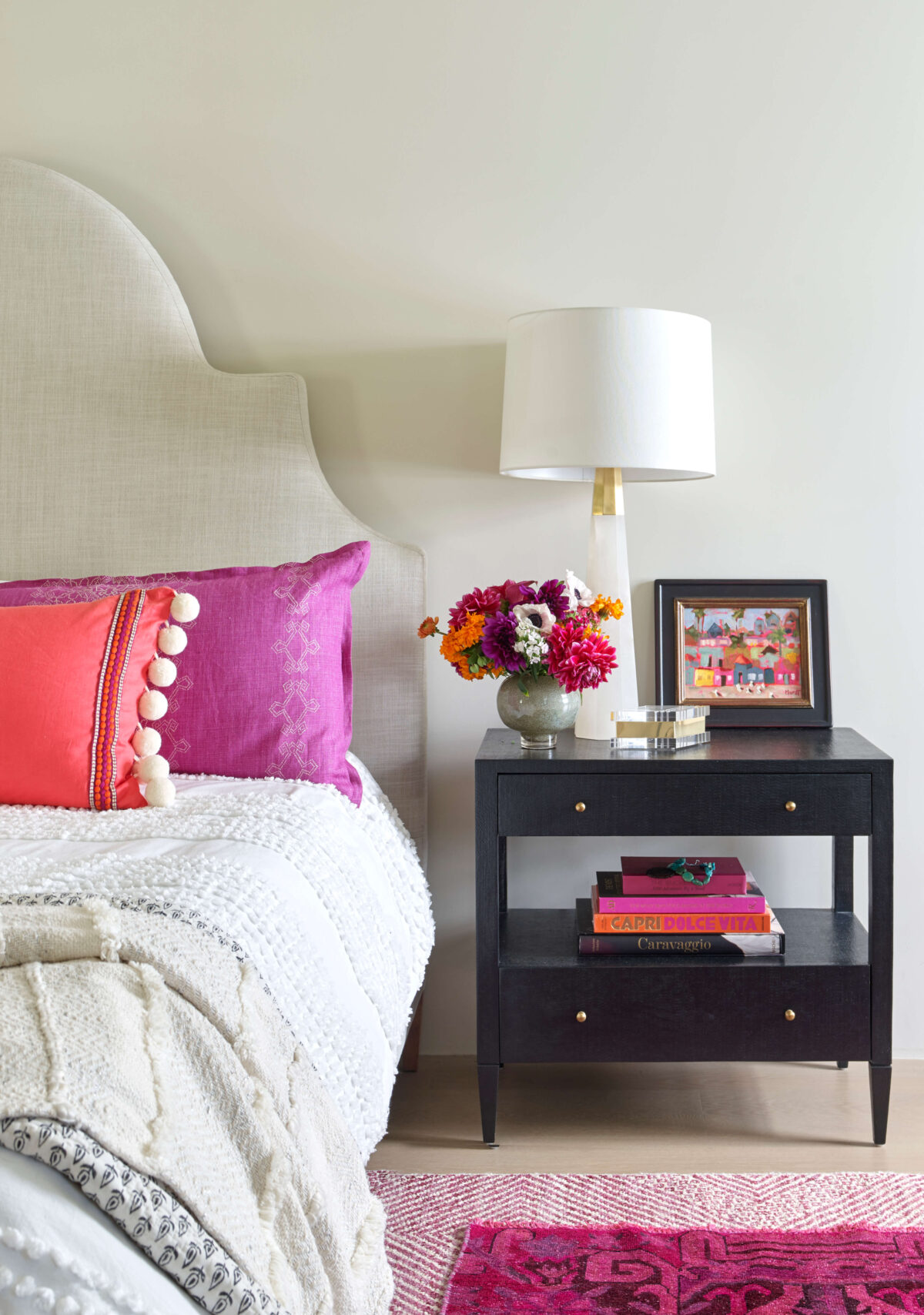 Good design never goes out of style. Such a statement couldn’t be more true for this Palo Alto Spanish colonial’s full renovation. With its stately positioning on a corner lot, nestled among other period homes, this original Birge Clark home was the perfect project for a busy family of four to revitalize and make their own.

Tiffany Mansfield and Lisa O’Neil of Mansfield + O’Neil Interior Design, which has Peninsula and Marin offices, spearheaded the home’s interior design and were already acquainted with the client’s aesthetic, having previously worked with them on other projects. “Our collaboration started 15 years ago,” Tiffany notes. “This is actually the third home we’ve worked on together.”

With just a little more than the house’s front facade left standing, the 6,500-square-foot structure was completely rebuilt to match its early 20th-century architecture, but with modern materials. The project, which took three years to complete, was a collaboration between Palo Alto-based Fergus Garber Architects, the designers and the homeowners who had specific ideas of how they wanted their new home to feel and function.

A defining feature of Spanish and Monterey colonials is a full-facade cantilevered balcony on both the front and back of the house. This appealed to the homeowners as they wanted to create a seamless indoor-outdoor vibe. Contemporary nine-foot black steel and glass doors that open onto the exterior patio bring light into the home, and stone floors in the great room extend to the outdoor patio, continuing the indoor-outdoor narrative. The architects optimized design within the confines of the lot, which included raising the ceiling of the first floor to gain more light and dropping the foundation so that there was no longer a step onto the patio. “We maximized the interior square footage while maintaining optimum outdoor space by creatively approaching the lot’s tight configuration and complicated city regulations,” says architect Catharine Garber. The firm’s experience working with period homes and the Palo Alto Historic Resource Board expedited the building processes for added efficiency.

Tiffany, the renovation project lead for the design firm, actively engaged from the moment the slab was poured. She knew early on what the homeowner envisioned for the space, which made the project harmonious and highly collaborative. “The home’s architectural roots inspired the interior design and the Spanish glam aesthetic, as we called the look, required a unique approach,” Tiffany explains. “We created an eclectic, yet approachable, family-friendly space in a Spanish-style home with a touch of glam. The homeowner was clear on that from the beginning, and it drove the project.”

The home’s color story is the ideal blend of Old World and modern with corals, creams, turquoise and gold used as a guiding palette. “This project, unlike the client’s first Palo Alto home, has restrained pockets of color against a neutral backdrop,” says Tiffany. The neutrality ties in well with the period of the home and the lack of wood design elements like baseboards and moldings. “The color black was also important, and our primary color palette pops off of it beautifully,” she says.

Natural white oak wood on the interior doors and the majority of flooring was one defining neutral element that allowed more bold colors to shine. “The original dark stained doors and beams were heavy and outdated,” Catharine explains. “The new design features lighter and more modern wood finishes to lighten the space and allow the interior colors to take center stage.” The wood also plays well off the satin brass hardware and coral and turquoise colors in textiles and upholstery.

One room in the house was of particular interest to the homeowner. She was very specific about the parlor being more stylized than the other spaces in the home. “She wanted it to feel elegant with the use of bolder colors while still maintaining a high level of architectural integrity,” says Tiffany.

The kitchen’s minimalist design was intentional as the homeowner wanted to keep the space more as a place to gather than a place to cook. The butler’s pantry, which is situated behind the kitchen stove wall, is where work is done, coffee is made and tasks are tracked. “The pantry is really a hub for the family,” Tiffany relays, “and it allows the kitchen to maintain its minimal and clean feel.”

Additional nods to the home’s Spanish roots include the Walker Zanger Arabesque-style ceramic tiles used on the kitchen backsplash, rounded interior archways, lantern-style exterior sconces and salvaged Spanish roof tiles. “Fundamentally, the interior reflects the Spanish character of the home,” Tiffany says of the end result. “This home has history imbued in it and its architecture and interiors reflect that.”