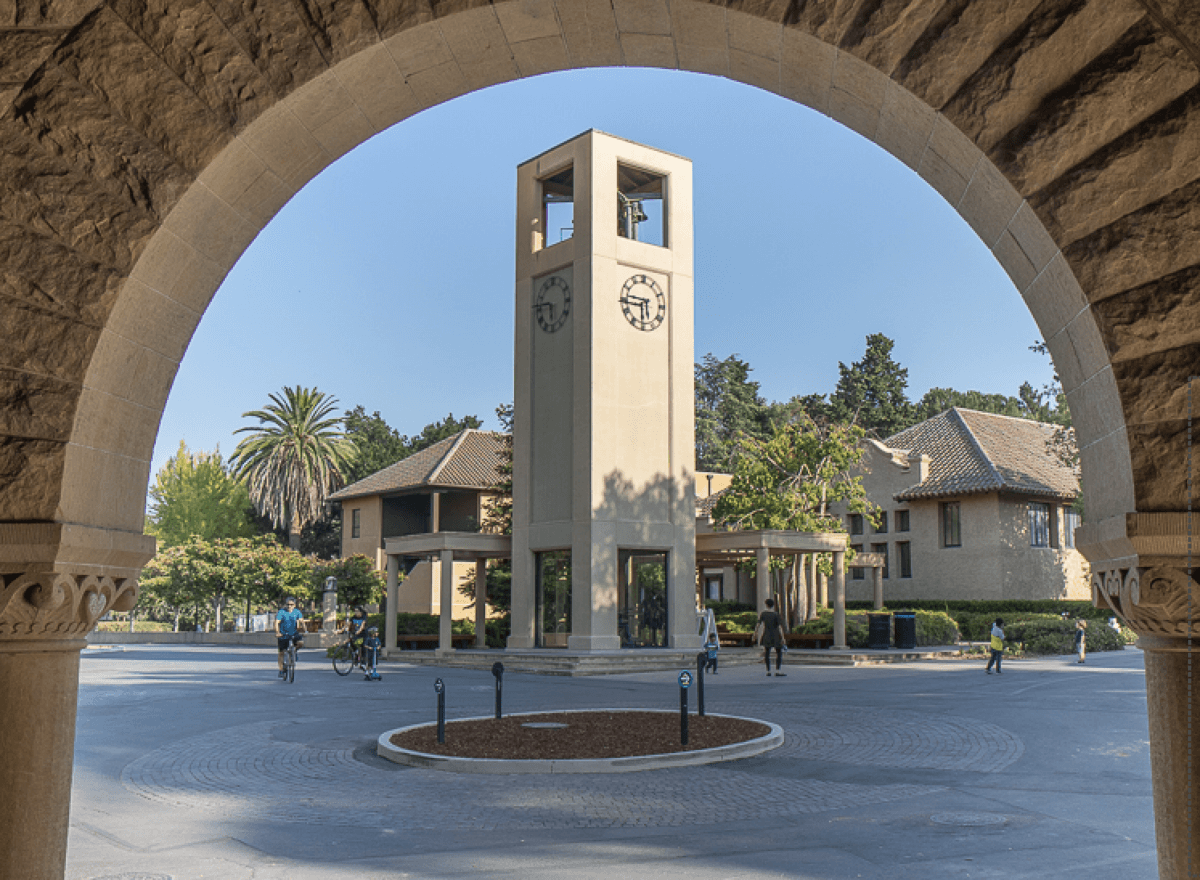 At 5:04PM on October 17, 1989, the clock adjacent to the Stanford Quad stopped abruptly. The time marked the beginning of the 6.9-magnitude Loma Prieta Earthquake, which was actually the second famous quake in the clock’s illustrious history. Built in 1901 by clockmaker Seth Thomas, the antique-style pendulum clock mechanism was originally housed in the belfry of the massive tower that sat atop Stanford’s Memorial Church. Five years later, the church tower was destroyed in the 1906 San Francisco Earthquake and was never rebuilt. However, the clock works survived, and for the next 50 years, it resided in a temporary wooden structure behind the church, where it fell into disrepair. Since 1983, the antique clock has been housed in a dedicated tower with an adjacent colonnaded pergola. The new structure was built with a donation from Stanford trustee William Kimball, and at its dedication, Kimball remarked, “As president of the board of trustees, I’m delighted to receive this gift from me.” Six years after it was installed, a temblor once again brought the clock to a halt. In its current home, glass walls allow visitors to watch the mechanism as it marks out the passage of time. Using the same tune as Westminster Abbey, the clock chimes every 15 minutes. A series of tones sounds out the hour. In an effort to make the clock more resistant to errors due to changes in temperature, the mechanism was tweaked once again in 1997 by a group of Stanford engineering students. As Rob Bernier, one of the student engineers, reflected in 2001, “I love the clock…It’s a mechanical thing in a computerized world.” The mechanism still requires hand-cranking several times per week and these visits are hand-recorded in a logbook. Although it may be less accurate than the GPS phones in our pockets, it has far more charm. And chime. 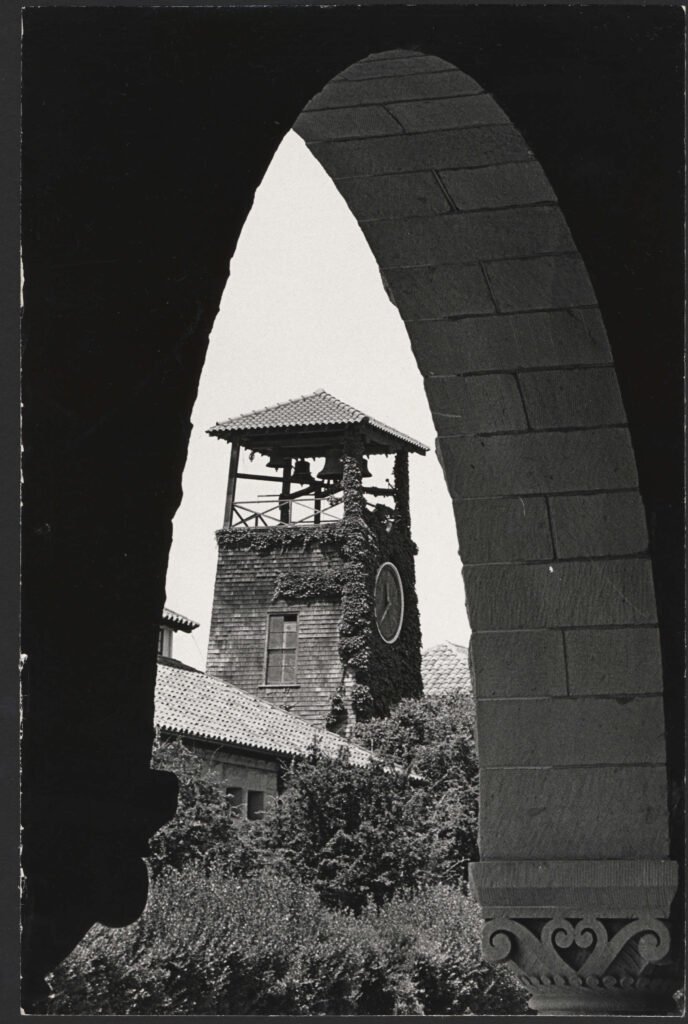