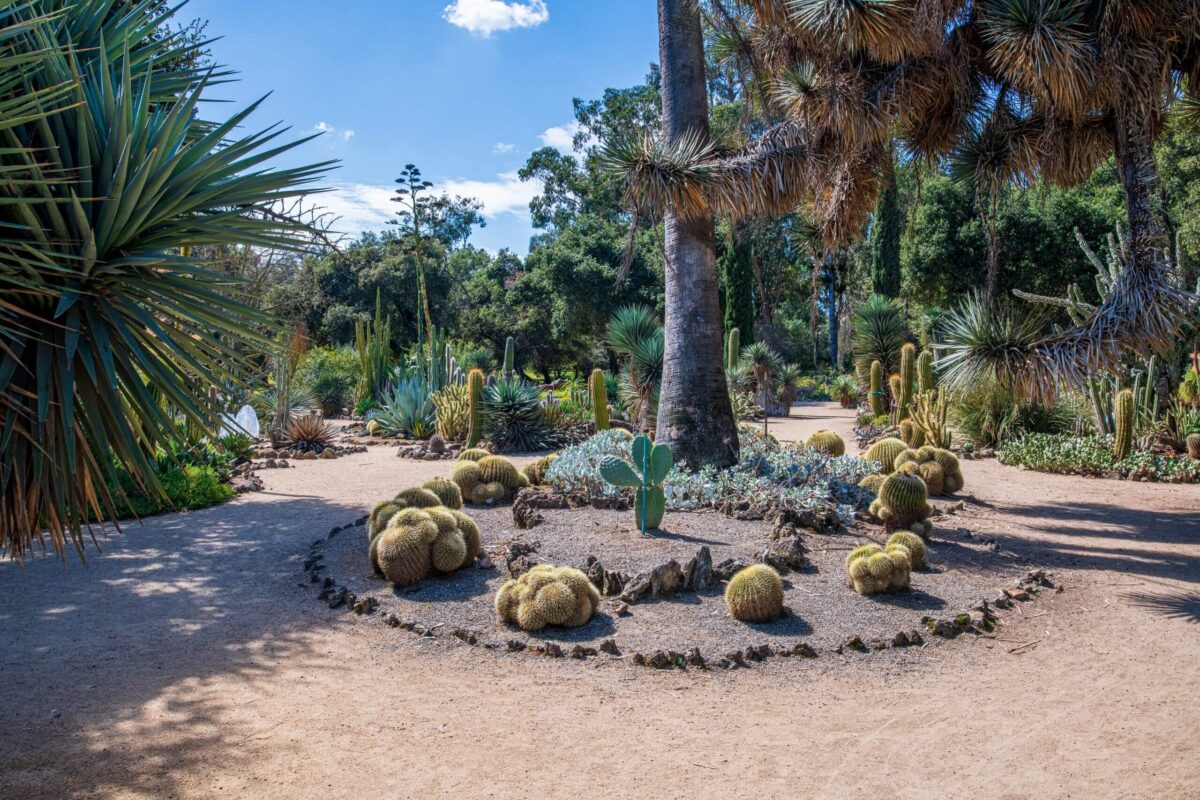 In the early 1880s, Leland and Jane Stanford were actively making plans for a new mansion they were going to build on their 8,900-acre estate in Santa Clara County known as ‘Palo Alto.’ They hired Rudolph Ulrich, a noted 19th-century landscape gardener, to design the grounds, which included a 30,000-square-foot plot of land set aside for an elaborate, formally laid-out collection of desert and subtropical plants. Between 1881 and 1883, thanks to Leland Stanford’s offer to provide unlimited access to labor and boxcars, Ulrich collected specimens from the Sonoran desert—saguaros, barrel cacti, opuntia and yucca—and planted the “Arizona Garden,” adjacent to the intended building site. But in 1884, when Leland Stanford Jr. died unexpectedly of typhoid fever, Leland and Jane Stanford scrapped the plans for their new country house, deciding to build a university in their son’s memory instead. Today, the Arizona Garden is one of the only vestiges of the grand estate the Stanfords had originally envisioned. When Stanford University opened in 1891, the Arizona Garden became a popular destination, and students considered it a favorite “courting” spot and place to bring dates. Maintained regularly until the 1920s, the Arizona Garden later fell into decades of neglect. Starting in 1997, restoration efforts brought the garden back to life, and now over 500 species of succulents and cacti can be found here, of which 10 to 15% are considered Arizona Garden originals. Located on the south side of the Stanford Mausoleum, off of Quarry Road, this hidden enclave welcomes Stanford visitors with its vibrant colors, bristling textures and rock-lined meandering paths.