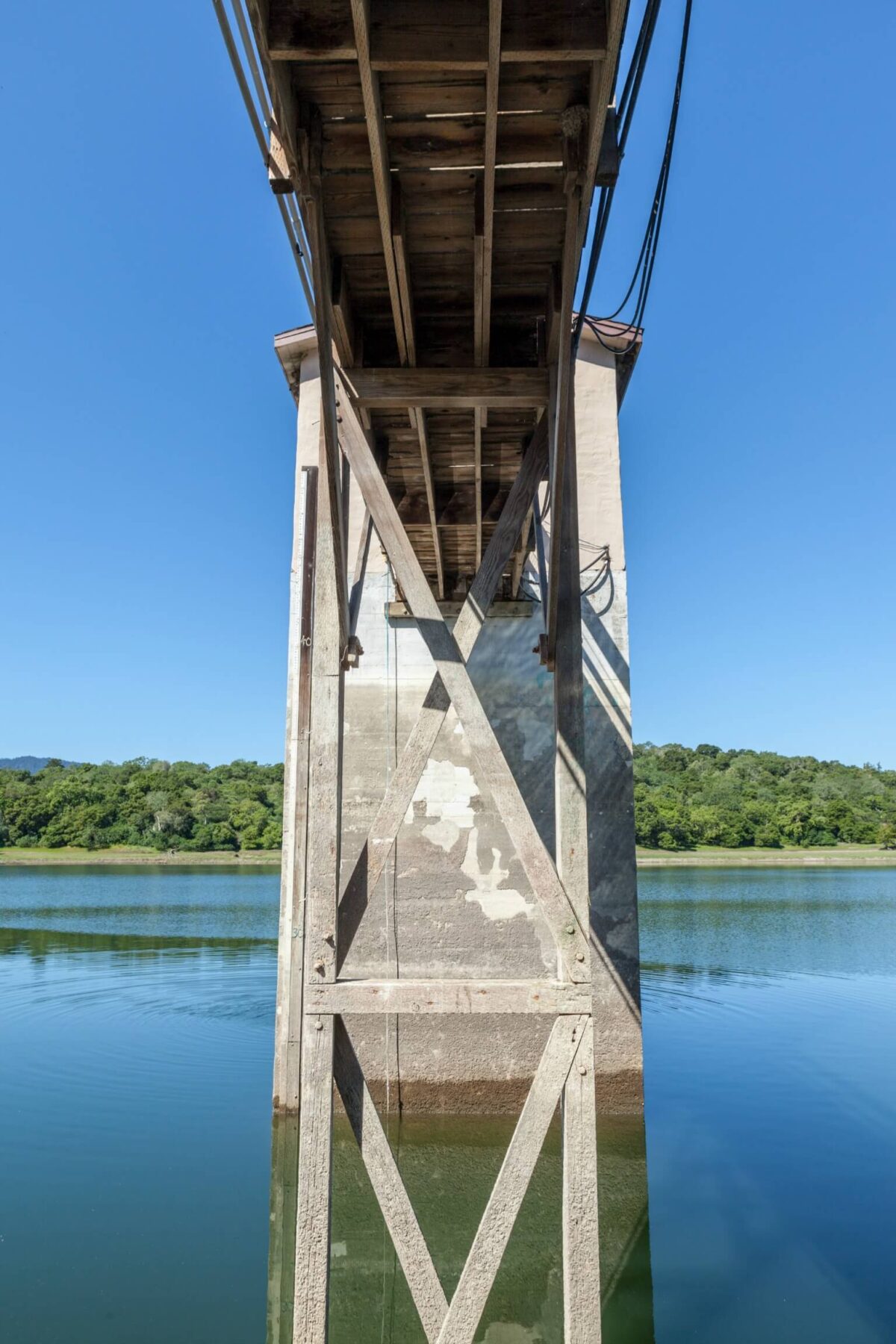 Though most of the water that keeps the Peninsula verdant and clean is piped down from the Sierra Nevada, our water system does rely on a few local sources you might not know about. These small lakes and reservoirs also can sometimes serve a dual purpose for recreation, but be careful. Fresh, clean water is no joke, so you don’t want to be caught breaking the rules around any of these local reservoirs. As a public service, we’ve rounded up the critical information about some of the area’s most interesting bodies of water.

History: This tiny man-made lake takes its name from an incident in the Peninsula’s Wild West past. Supposedly, in the 1850s, James H. Ryder, who was a partner in one of Woodside’s earliest lumber companies, lost a pair of oxen. He was searching for them down by the creek that feeds this reservoir when he surprised a grizzly bear and her two cubs. Ryder survived and earned the nickname “Grizzly,” and the body of water was named after his encounter.

Status: Completely closed—except for the one day a year when the reservoir hosts kids from Palo Alto’s Ronald McDonald House.

History: This former reservoir was built by North Peninsula bigwig William Ralston to provide water for his estate Ralston Hall. Although the lake is now a great place to bring your canine companion, the name actually comes from another kind of animal—salamanders. Young salamanders who live in small lakes like this supposedly make noises reminiscent of a dog’s bark, so they’re referred to as “mudpuppies” or “waterdogs.”

Status: Open. Dogs on leash are welcome to hike around the lake and fishing is permitted as well.

History: The smallest reservoir in Santa Clara county, this lake was created by damming Los Gatos Creek in 1935. The name comes from a local rancher, Albert August Vollmer, who campaigned for Southern Pacific to add a stop closer to his home. The railway took his advice and let Vollmer name the station Vasona after his childhood pony.

Status: Open. Any kind of watercraft that’s not motorized—kayaks, stand-up paddle boards, pedal boats, canoes, rowboats, sailboats—is available to rent at the lake, although swimming is prohibited so do your best not to fall in. The lake and nearby ponds are also open for catch-and-release fishing.