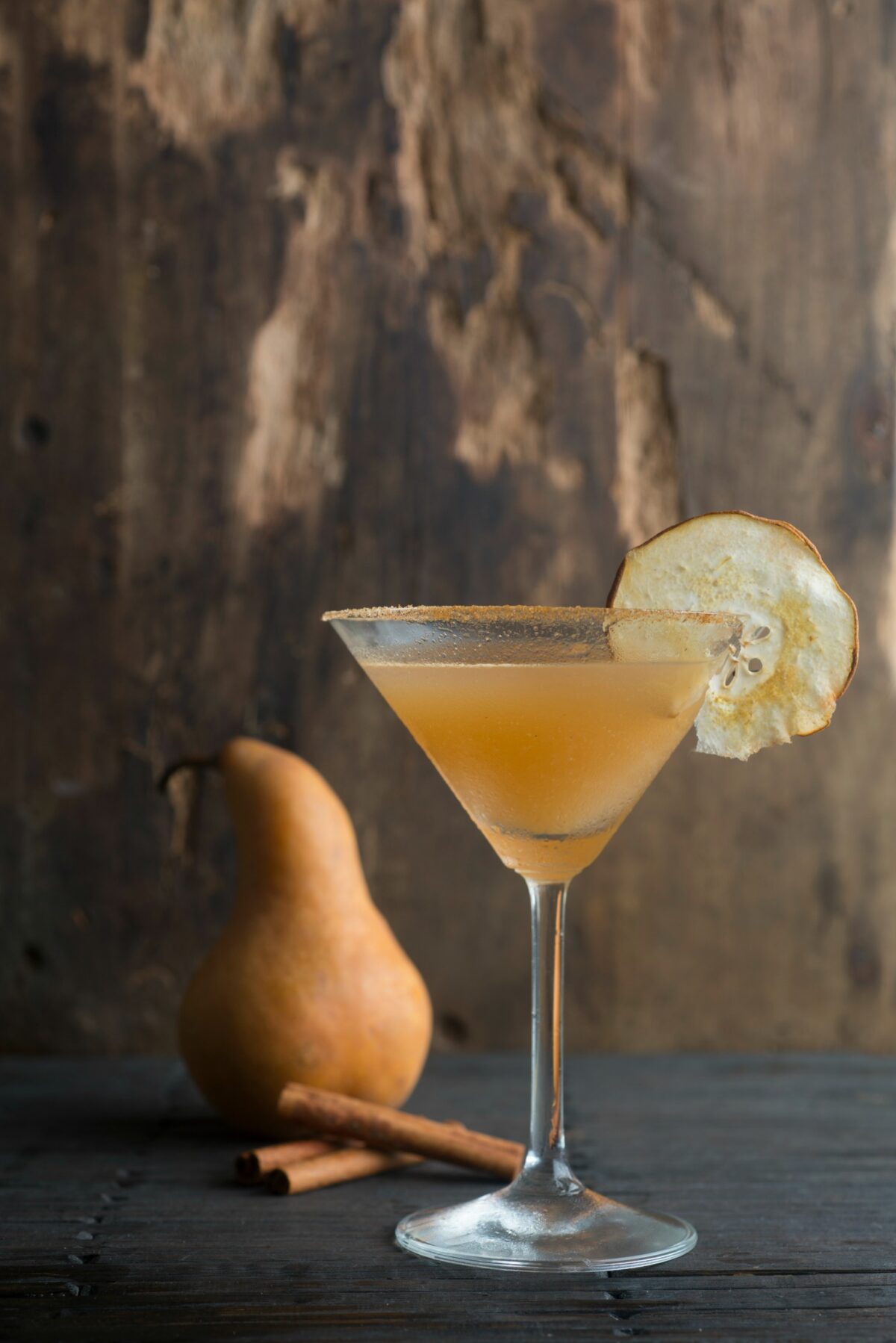 Cool evenings make the prospect of stepping into a cozy, welcoming bar feel like the perfect fall pastime. And now that we’ve moved past the season where a cocktail’s most important characteristic is “cold,” we checked in with bartenders on the Peninsula who are pouring stiff drinks. The staff at Barrelhouse is certainly on that list; the Burlingame spot has been serving craft cocktails since 2001. The bar does serve beer and wine, along with a few small plates, but the carefully designed cocktail menu is the real draw. It usually includes about 20 drinks, which change at least every few months. That means that customers have had to wait for more than half a year for the return of one of the bar’s most popular libations. “Our Pear Martini is a crowd favorite on our fall menu,” says Juan Loredo, one of Barrelhouse’s proprietors. While Juan and his partner, Jose Natividad, also own the Vinyl Room, a lounge with a dress code and bottle service, the vibe at Barrelhouse is considerably more laid-back. Guests are there for the cocktails, and the bar staff uses a number of syrups and other house-made ingredients to get the flavor of each drink just right. The cinnamon-anise syrup from this recipe can be used in all sorts of other autumnal cocktails, or to sweeten hot tea and apple cider. To make it, mix ½ cup of sugar and ½ cup water in a small saucepan. Heat on medium, stirring occasionally, until sugar dissolves. Toss in two cinnamon sticks, broken into pieces, then increase heat to medium-high and bring to a boil. Once the syrup is boiling, remove from heat and add four star anise pods. Let the syrup sit for one to two hours, then strain into a glass jar. The syrup will keep in the fridge for up to a week.

For the sugar rim:

1. Mix the cinnamon and sugar together in a shallow bowl or plate.

2. Cut the wheel of lime in half. Take a martini glass, turn it upside-down and swipe the cut side of the lime slice around the rim of the glass.

3. Place the lime-rimmed glass in the sugar mixture and swirl around to coat the outside edge of the glass, then flip the glass upright.

To mix the drink:

Combine the vodka, pear purée, cinnamon-anise syrup and lime juice in the bottom of a cocktail shaker. Add ice and shake vigorously for 15 to 20 seconds, then pour through a strainer into the prepared glass. Cut a small notch into the dried pear slice and hang it on the rim of the glass before serving.