Photos by Courtesy of Bobby Murphy 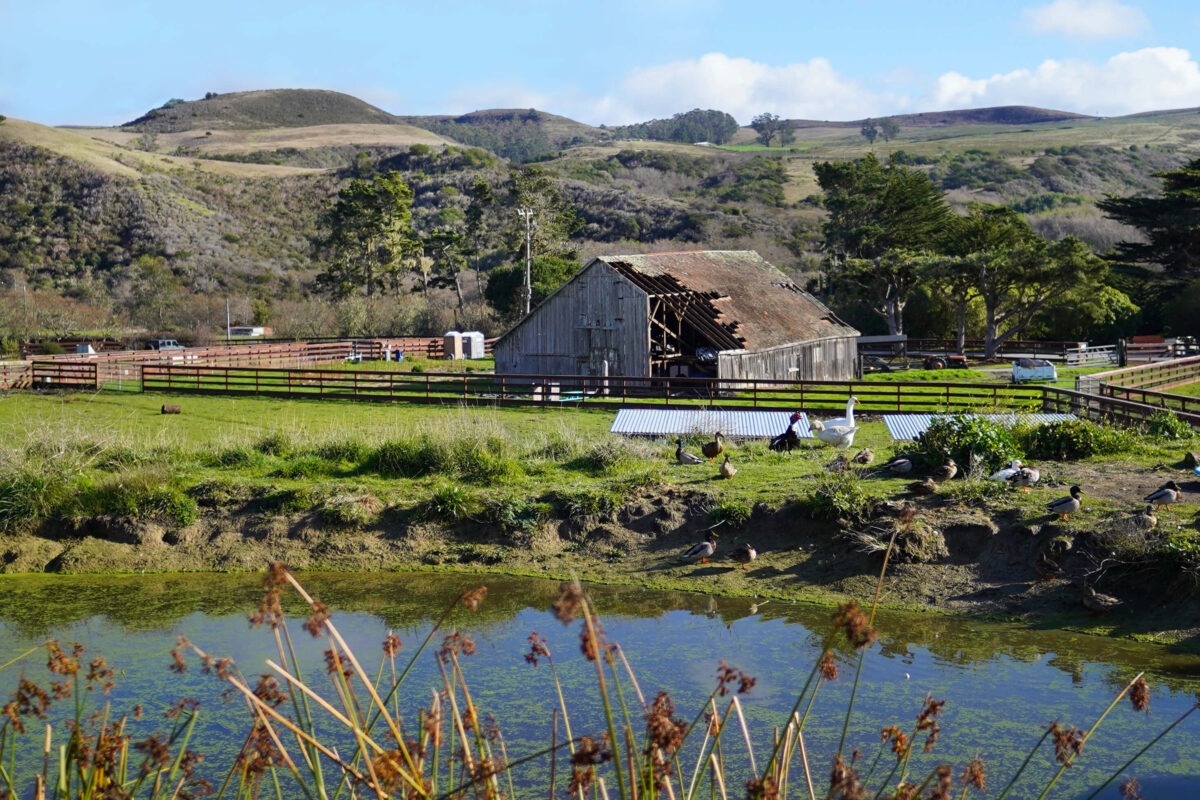 Just south of Half Moon Bay, as you pass the intersection of Highway 1 and Tunitas Creek Road, you’ll catch a sight that captured the eye of famed Depression-era photographer Dorothea Lange. In 1938, as part of her government-funded public works project documenting farmers, Lange immortalized what’s now known as the Sweet Farm Barn. At the time, the barn sat in the middle of an artichoke farm, just 1,500 feet from the ocean, and Lange’s historical documentation resides in the Library of Congress. Built in the 1860s, the barn was originally used as a dairy barn that was part of a much larger farm. Later, the land around the barn was split up and divided. In 2015, Nate Salpeter and Anna Sweet purchased the property and created Sweet Farm, a nonprofit sanctuary that rescues farm animals, grows crops and supports startups working to improve the food and agricultural industries. Through the years, Sweet Farm Barn has served multiple purposes—from being a working barn with horses to simply storing hay. Sweet Farm currently uses it to grow mushrooms and store equipment for its nonprofit programs. Or at least it did—
until January 2021, when whipping Santa Ana winds punched out the roof on the west side of the barn, dealing a formidable blow to the already weathered and deteriorating structure. Restoring the barn will be a significant undertaking—requiring a new foundation, the realignment of walls and rafters, along with a new roof. With an eye on the future, Sweet Farm is seeking construction and financial partners to support their efforts to preserve this Peninsula landmark. “This barn saw the California Gold Rush,” says Anna Sweet, “and we want to keep it standing for another 100+ years.”