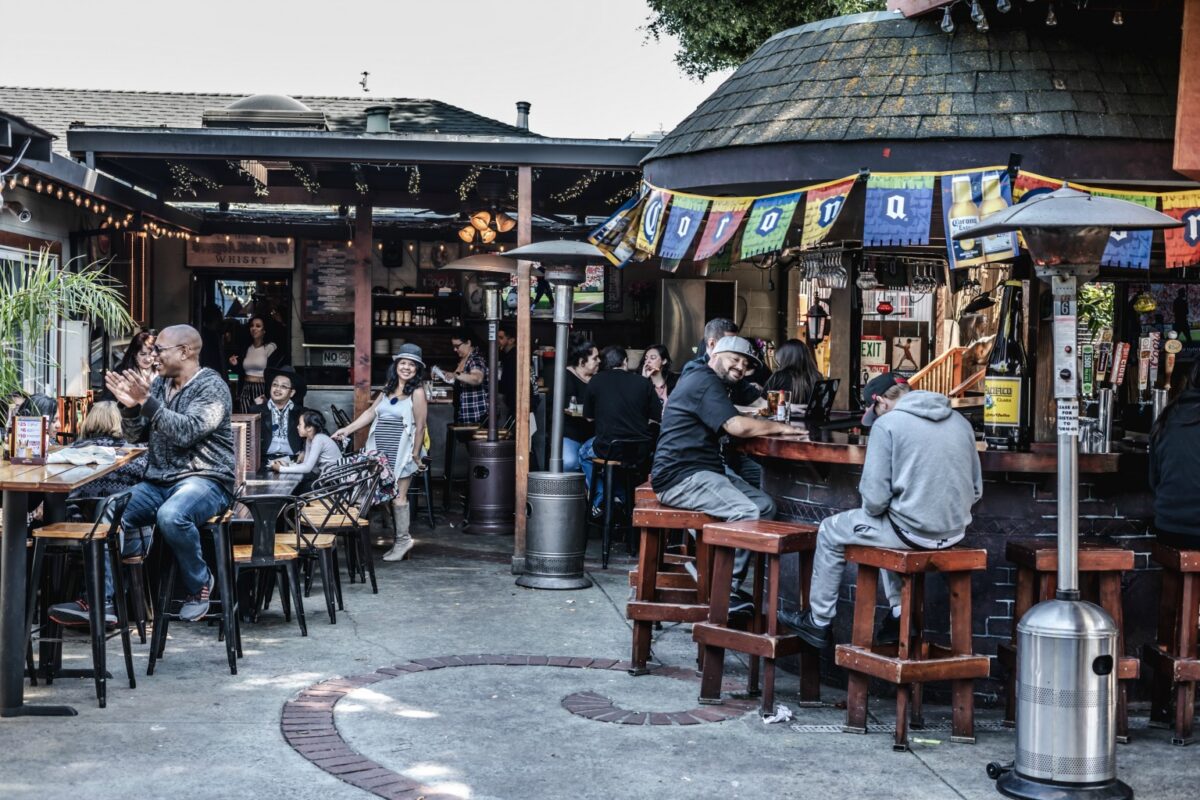 An impressive collection of 350 bourbons, 40 rotating beer taps and two stages help fashion this Belmont bar and restaurant into a live music destination for the upper Peninsula where Friday and Saturday nights feature a variety of cover bands and dance rock party starters. The music begins outdoors at 6PM where the back patio is decorated in island-vibe greenery and is lush with lighting but as the night progresses, the indoor stage erupts around 9:30PM and lasts until no one is left standing. A few of the recent acts to swing open the Gate were Latin rock ensemble Pure Rhythmz, the Beatles cover band Ticket to Ride and new wave rockers Neon Velvet. Situated alongside the Caltrain line, this bar is on the right side of the tracks. Downtown Palo Alto’s neighborhood wine bar offers several pairing events with their rosés, whites and reds—such as their paint parties and educational Flight Nights where a winemaker explains the marvel behind each sip—but it’s their coupling with live outdoor music that sets this bistro apart from the other bottle houses in town. Vino Locale maintains an active calendar of programming where you can unwind alongside acoustic classical guitar, jazz, folk, flamenco and bluegrass from Tuesday through Saturday at 7PM. You can expect the acoustic guitarist and composer Jorge Faustmann and the Latin guitar instrumental jazz band Blue Flamingo Quartet to enliven the patio. Keep an eye on Vino Locale’s online calendar for the schedule of musicians and special events. 431 Kipling Street, open Tuesday to Saturday from 4PM to 9PM. Since the Menlo Tavern acquired the space previously held by the Menlo Grill inside the Stanford Park Hotel, the American restaurant and bar has reestablished itself as an excellent addition to the city’s cocktail circuit. Now the Menlo Tavern is gunning for a spot in your nightlife repertoire with its seven-days-a-week Summer Music Series. Through October 13, the Tavern’s patio is booking solo, acoustic artists performing trusted modern pop and classic rock songs to complement the slow-braised short ribs and Cabernet Sauvignons. Reserve a table for dining or cozy up around the circular fire pit and let the Tom Collins do the talking as another summer on the Peninsula replenishes the spirit. 100 El Camino Real, Sunday to Thursday live music 6PM to 9PM; Friday to Saturday live music 5PM to 9PM. The bar is open daily from 11AM to Midnight.