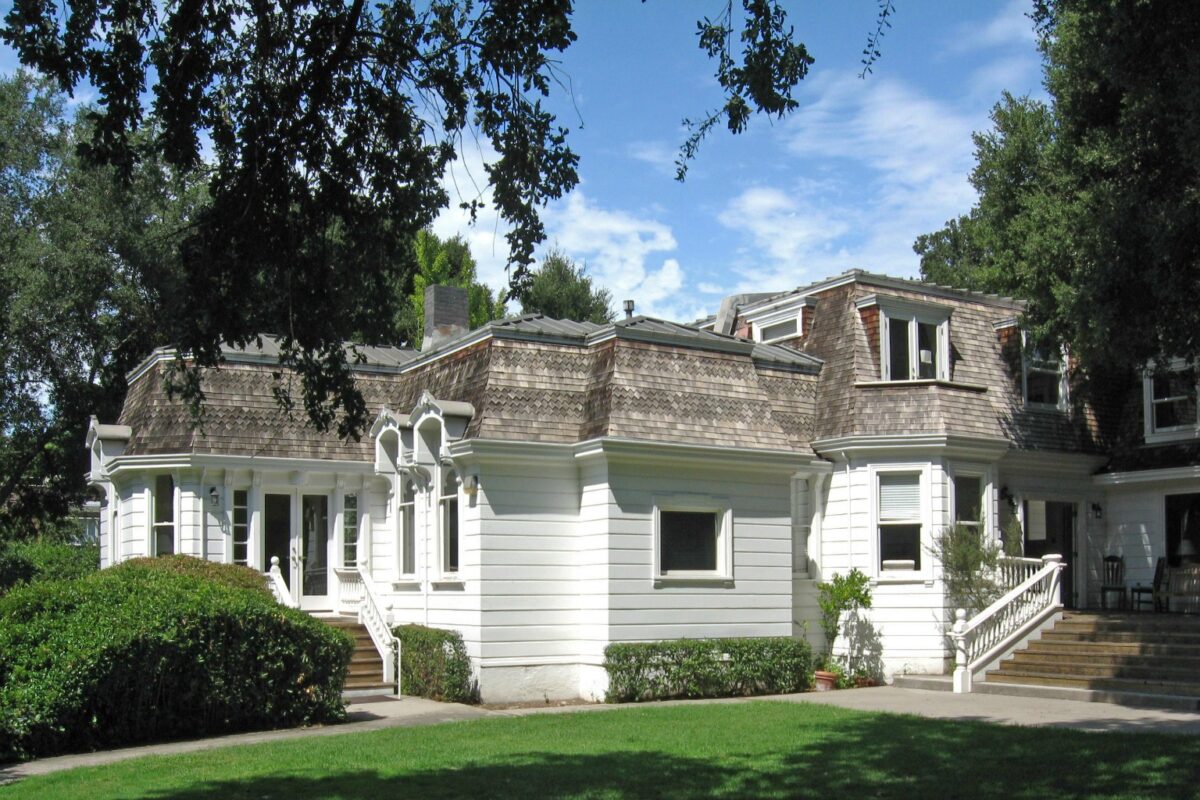 The Barron-Latham-Hopkins Gate Lodge, or the Gatehouse, is the oldest structure in Menlo Park and one of only three buildings in Menlo Park on the National Register of Historic Places. It’s also the last remaining gate lodge, complete with gate, in the state of California.

Located on Ravenswood Avenue, the Gatehouse was built in 1864 by William Eustace Barron as the entrance lodge for a 40-room mansion on a 280-acre estate. Several changes of ownership later, in 1888, the property was deeded as a wedding gift to Timothy Hopkins, adopted son of railroad baron Mark Hopkins and founder of the Sunset Seed and Plant Company.

After the 1906 earthquake rendered the main house uninhabitable, Hopkins renovated the Gatehouse as a summer residence, which was used by his family until 1941. Hopkins bequeathed the entire estate to Stanford University. As only the Gatehouse and gate remained usable, the University demolished or sold all other buildings to make room for an Army hospital.

In an interesting bit of trivia, Universal Studios bought the disassembled mansion and stables for use as movie sets. Interiors of the main house were used in films including Hitchcock’s 1960 masterpiece Psycho and 1964’s The Unsinkable Molly Brown.

After the hospital closed in 1946, the Gatehouse was leased as a private residence. In 1968, it was bought by the City of Menlo Park and has served as headquarters to the Junior League of Palo Alto•Mid Peninsula (JLPA•MP) since 1970. Leased exclusively to the JLPA•MP since the mid-1990s, the Gatehouse is available for event rentals.