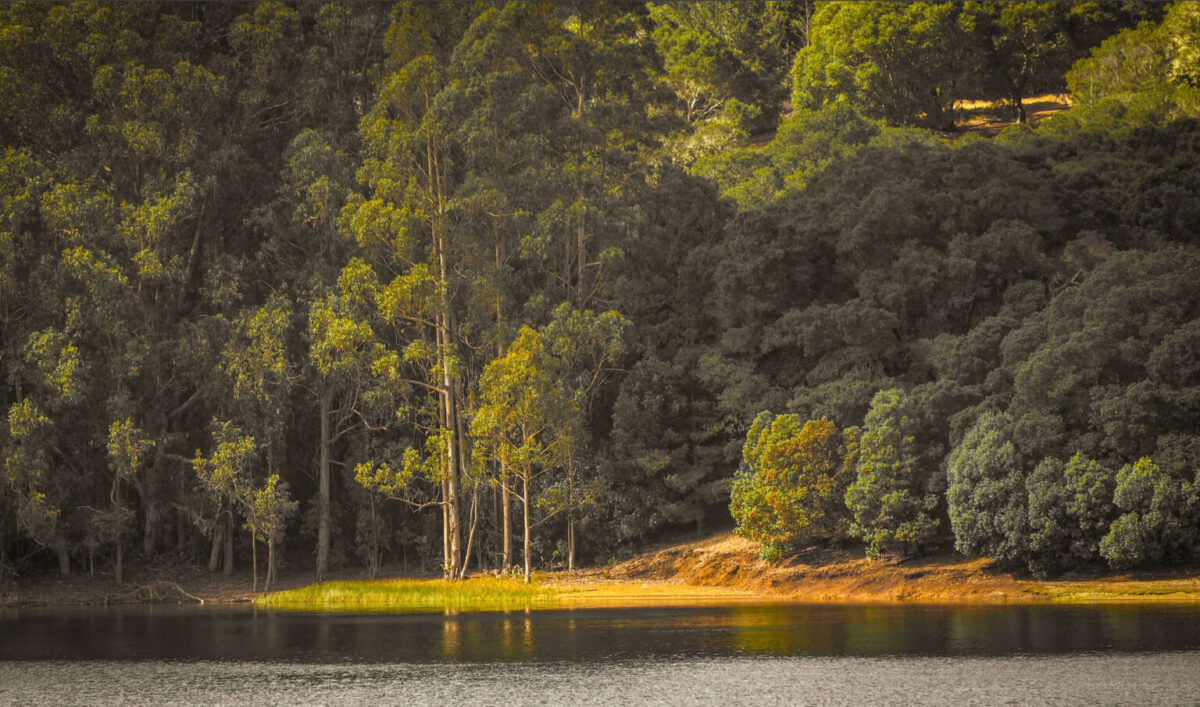 The passenger door slams. We start the car, put on our shades, soon to soar along the open road while the radio plays.

For this photo essay with PUNCH photographer Gino De Grandis, the goal was to showcase a few of the best local drives that can help to disrupt our routines and ease our minds.

We chose to take the back roads, photograph the landmarks so often passed by in a blur and pull over to gaze into the healing vistas of the ever-rolling Pacific.

The open road was calling.

Gino requests an early morning launch. His gifted eye prefers when the light is off at an angle, not directly above us as it is during the noon hour.

With the sun at our backs, we turn west, first to Highway 84, then to the 1 before looping back around on Highway 36, appropriately named Skyline Boulevard for how it slices along the crest that borders our mountain ranges and suburban sprawls.

Falling into repetitive pathways is so effortless that it’s easy to forget that there are switchbacks meandering into the Santa Cruz Mountains minutes from our downtowns. Or that old-growth forests neighbor our Peninsula communities. And how by just pulling out of our driveways, the edge of North America awaits just west of Highway 1. 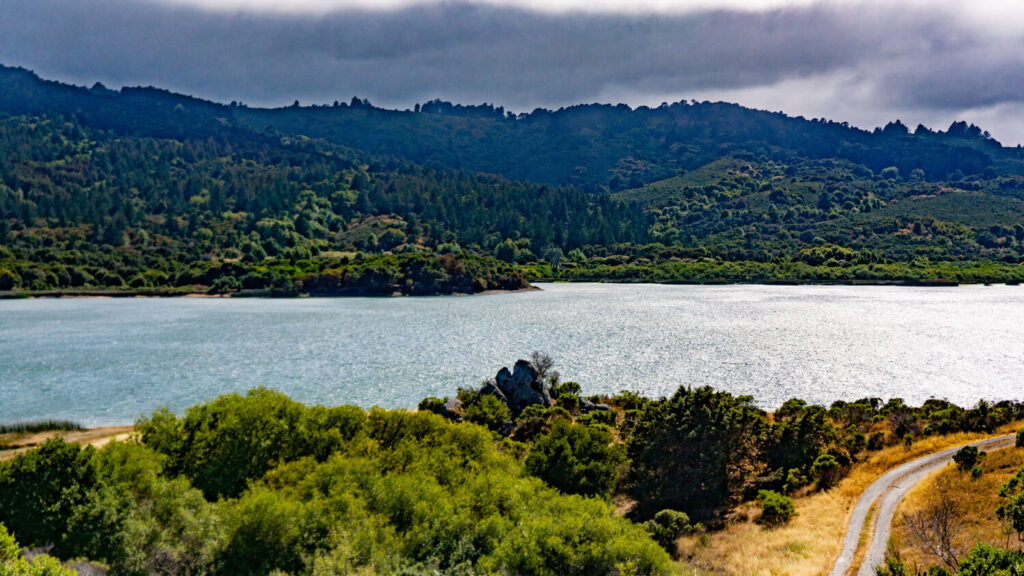 Of our two major highway systems, the 280 is the silent giant. It tends to have less traffic and showcases bucolic hillscapes, the pristine waters of Crystal Springs Reservoir and visuals typically earned from a rural road trip, not a dash between Peninsula cities.

We pull off the highway onto Skyline Boulevard in search of views. Just after we turn left onto Crystal Springs Road, we find a fresh angle. 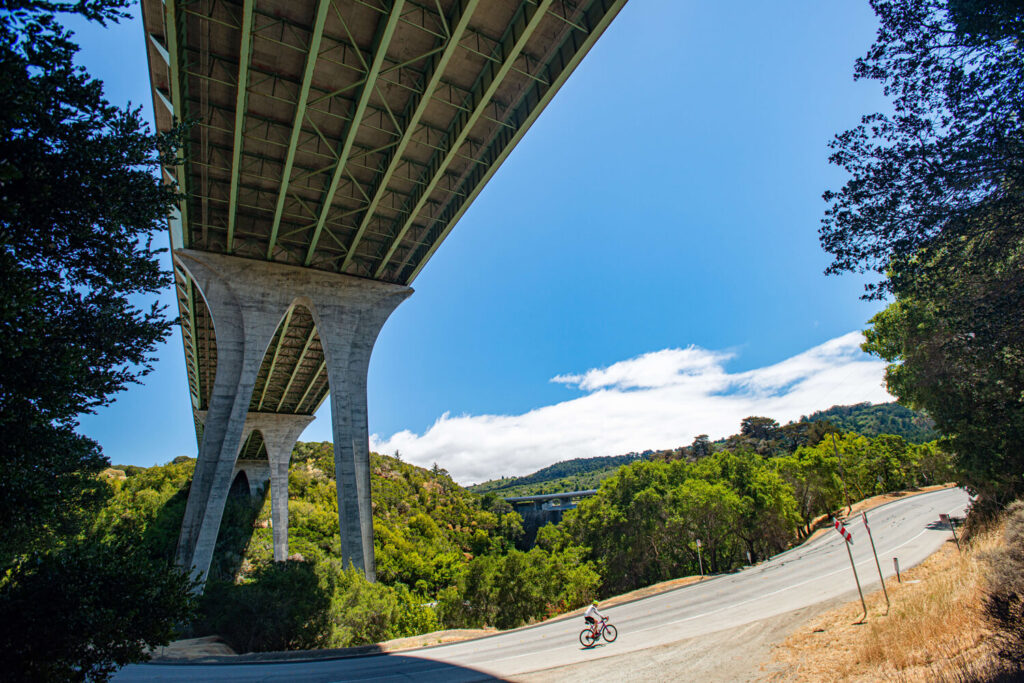 Beneath the highway’s bridge that connects a Hillsborough canyon is a new perspective of a road often traveled. Markings of graffiti riddle the bridge’s underbelly while a cacophony of bustling vehicles generates muffled white noise, signaling the constant
motion above.

Just beyond the shadow of the bridge lies the Crystal Springs Dam where mankind keeps a reservoir at bay to harness its power. Cyclists and runners pass over the dam’s roadway to traverse the Sawyer Camp Trail. We ride parallel to the reservoir along Skyline Boulevard. If the wind is still, and the water on the reservoir remains tranquil, a mirroring Peninsula is reflected in the calm. 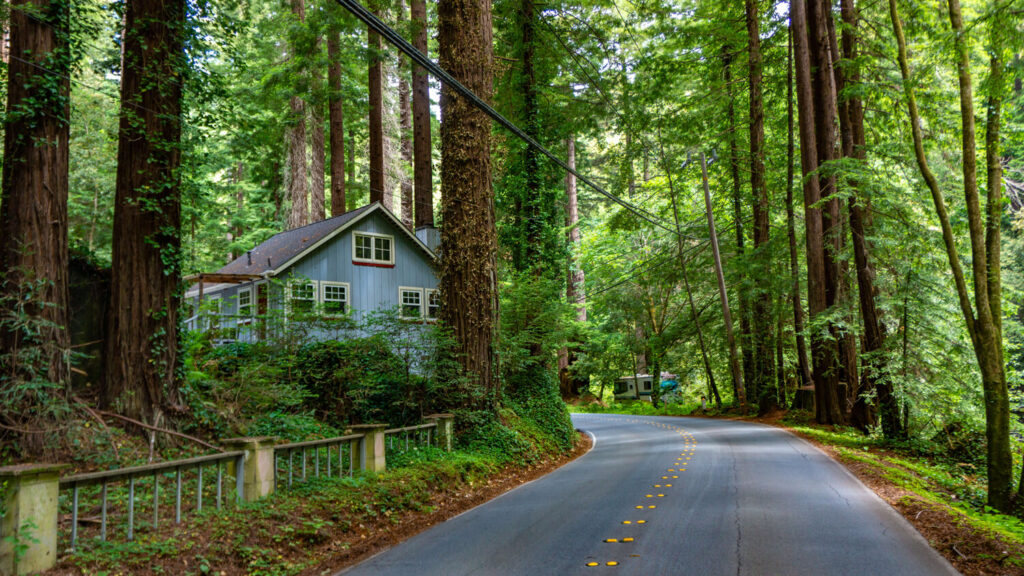 The curves of the road force us to sway from side to side. We split off from Highway 84 to join the winding roads that hug Pescadero Creek. Weaving through Loma Mar, the middle ground between Pescadero and La Honda nestled within the Santa Cruz Mountains, we catch sight of a blue house through the green foliage with redwoods rising around it. We pause to admire the serenity with anticipation for what lies beyond the curvatures ahead. 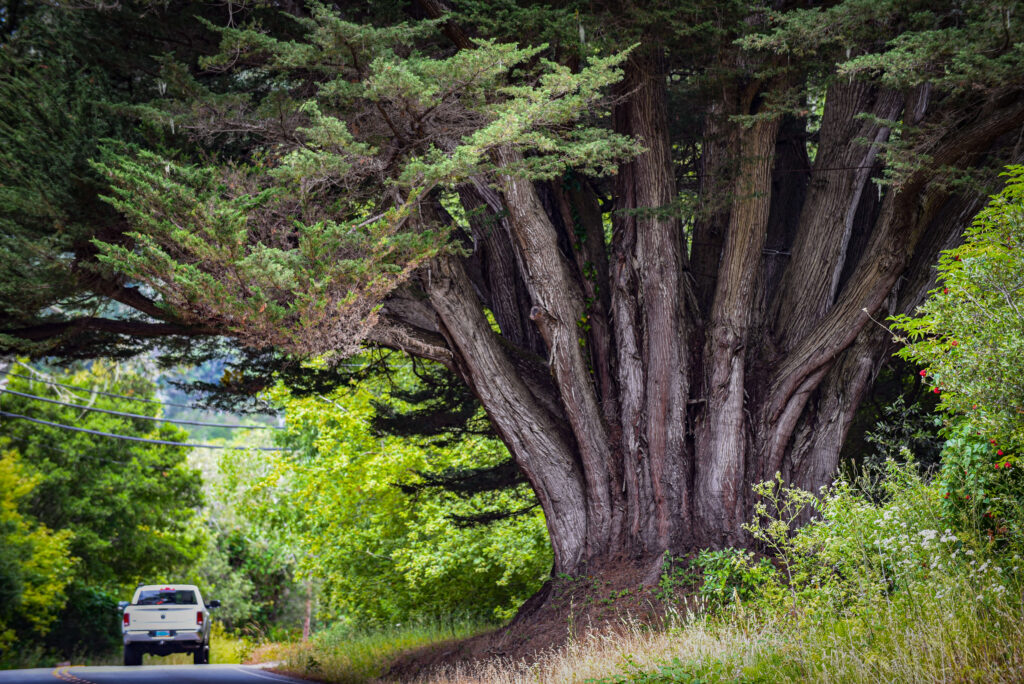 Soon, after emerging from the dense forest into more open terrain, our eyes focus upon it. “That’s the oldest Cypress tree in the world,” a nameless neighbor hollers to us after we stop to admire the massive tree trunks that grow out of the earth with such unbreakable resolve. The shade from its prickly green canopy extends well past the black asphalt. For scale, a white truck passes by and is  immediately dwarfed by the tree’s awesome presence. 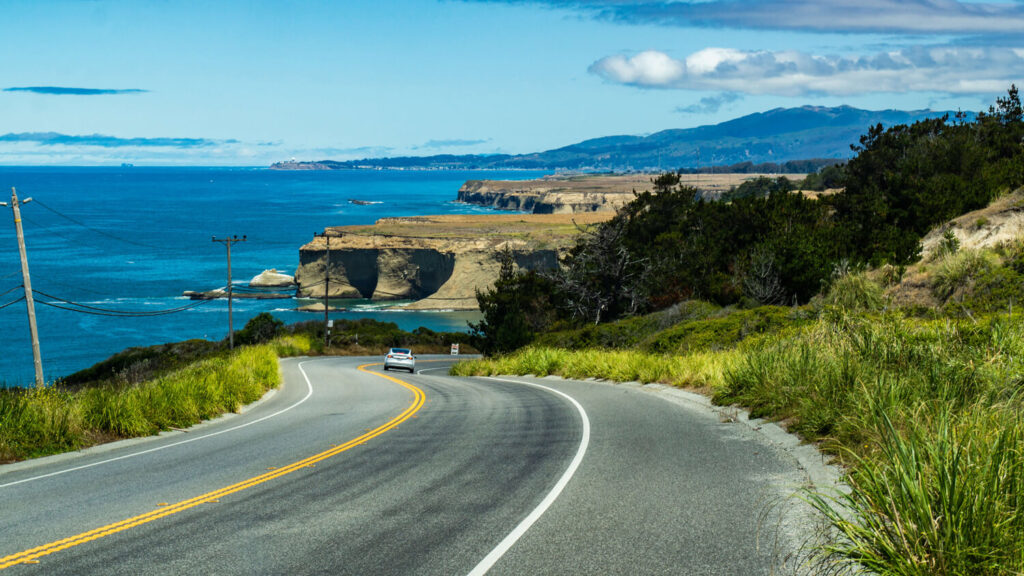 The dust stops here. Dirt is exchanged for sand before quickly dissolving into the white foam of the sea as the Pacific ingests another gulp with its endless swell.

The stretch from Pescadero to Pacifica is about 26 miles—or 40 minutes of drivetime that we wish would never end, like the looped backdrop in a Flintstones cartoon. We roll over seaside capes where years of erosion have created glorious shapes to celebrate the junction of the North American and Pacific tectonic plates. Stopping at pullouts along the way, Gino knows the spots to focus his camera lens. Although the sun is somewhat overhead, he doesn’t mind the lack of shadow. The rarity of a clear day with no fog to contend with makes up for the loss of dimension. 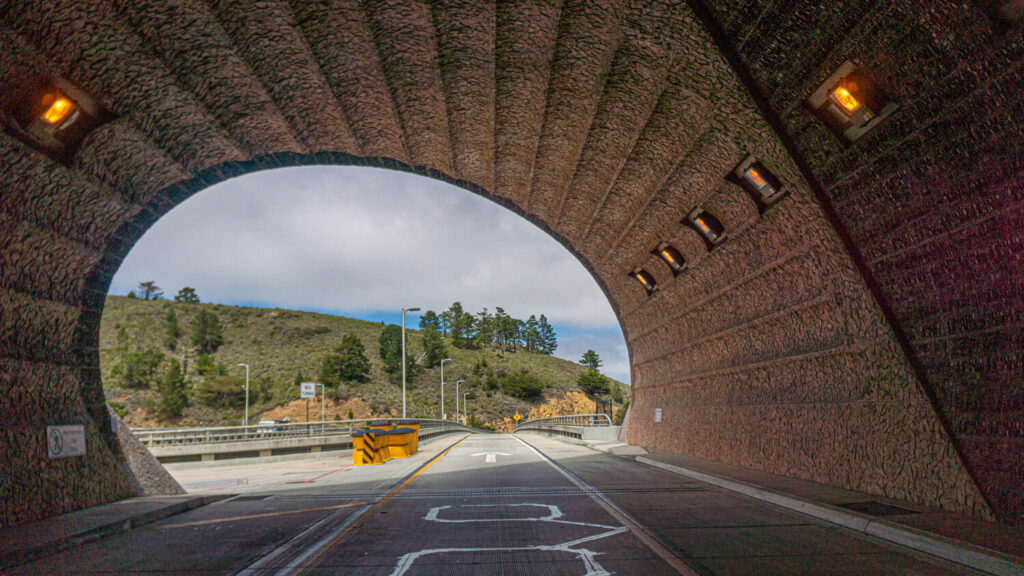 At the north end, the Tom Lantos Tunnel guides us through Devil’s Slide, a rugged area well aware of the earth’s tendency to shatter under the forces of the sea. Emerging from the tunnel’s portal, we meet again the coastal greenery and boundless blue of a sun-drenched Peninsula afternoon.