Photos by Courtesy of Zume Pizza 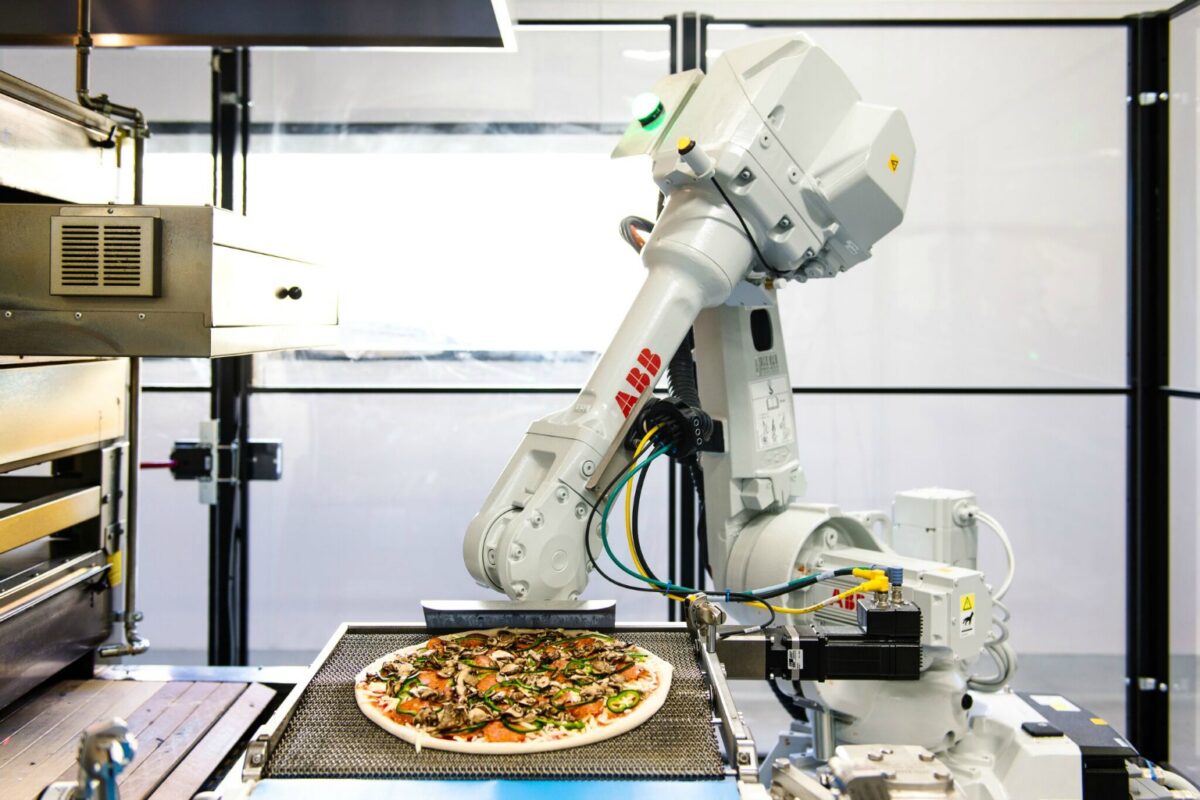 When’s the last time you thought about the box your pizza comes in? Since the answer is probably “never,” you’ll be aghast that the team at Zume Pizza in Mountain View spent almost two years working to design a new and improved container to keep the company’s pies at their best. However, Zume wants to change more than just pizza boxes and instead is trying to revolutionize the entire industry of food delivery. A combination of humans and robots make a dozen varieties of pizza each morning at their headquarters. Then they’re loaded into a truck equipped with ovens, so that each pie can cook while it travels to local customers. (Zume will soon be delivering to even more South Bay locations like Sunnyvale and San Jose.)

Alex Garden, CEO and Chairman of Zume Inc., sees his company as an example for how automation can improve an industry without harming the people who currently work there. Unlike other food delivery services, Zume uses no outside contractors, and instead relies only on a small team of employees with full benefits. Oh, and those pizza-making robots.

You grew up and began your career as an entrepreneur in Canada; how did you know that the Peninsula was the right place to start Zume?

I learned so much from my Canadian entrepreneurial experience and went on to build companies in a variety of sectors, all of which has shaped how Zume’s been built. That said, there’s really no place in the world quite like the Peninsula. The unique concentration of venture capital, innovation in AI and the abundance of delicious, organic ingredients made starting Zume here an obvious decision.

As someone who is immersed in automation, what jobs do you see around you that you think will be done by robots in the next ten years? How will that change our lives?

There are many tasks that are boring, repetitive or downright dangerous for humans that are great places to implement automation. The key is that the surplus captured from the automation must be reinvested back into your employees, community and customers—offering employees training and upward mobility in your company or purchasing better ingredients/products for your customers. We are at a pivotal moment in the next phase of automation where CEOs will be faced with this choice, and at Zume, we’re holding firm that automation exists solely to improve human lives. If others follow suit, we’ll see greater job opportunities, higher wages and health benefits, and better outcomes overall for the entire community, not just shareholders who’ve historically benefitted from this.

As a CEO, what do you think you owe the human, a.k.a. non-robotic, workers who keep Zume running?

Everything. Let’s face it—a robot can’t run a company or know if a pizza tastes good or ensure quality customer success. A robot can accelerate a company’s processes but it’s the people of Zume, who have grown with us, who make this worth doing and frankly make it possible.

A great example is Robert Medina, known as Uncle Bob in the kitchen. He’s been in the pizza business for over six years and joined Zume Pizza in 2016 specifically for his expertise in artisanal dough. Now, with our newest robot Vincenzo, Uncle Bob spends most of his day preparing dough, cooking from scratch and creating delicious recipes, rather than spending half his day taking pizza crusts in and out of the 800-degree oven. By freeing up our employees’ time, we are able to prioritize our team’s growth, identify their strengths and move them into higher-skilled positions more quickly.

What things in your life do you automate?

Very little, actually. I spend more time asking what I can eliminate that’s not absolutely essential to meeting my family and work commitments. Once I’m down to the essential, minimum number of commitments, I prefer to do them manually. This keeps me connected to the people I’m responsible for.