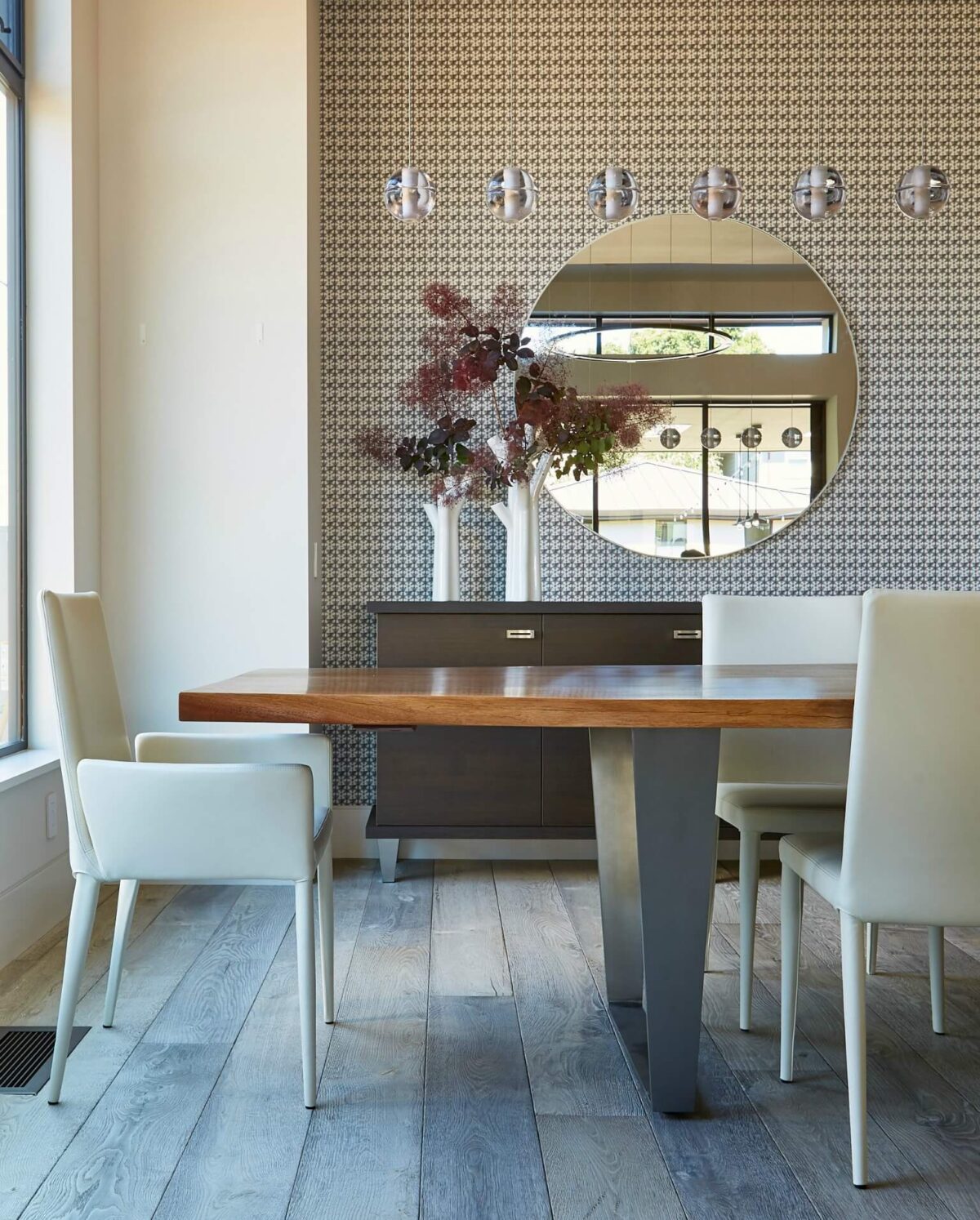 Pamela Pennington remembers the exact moment she fell in love. The year was 1967 and the interior design grad had recently moved to Palo Alto from Newport Beach. While strolling with a girlfriend down University Avenue, Pamela wandered into a store called House of Today. As she glanced around, her heart began to race. To the left, she saw sleekly timeless (and now iconic) Eames lounge chairs. To the right, colorful and bold Marimekko fabrics caught her eye. And, just over yonder, Scandinavian Dansk flatware sets seemed to dance off the table with elegant simplicity. “The store was literally saturated in mid-century modern,” recalls Pamela. “I went home and changed my clothes and came back and said, ‘Who owns this store? I want to work here.’”

Pamela talked her way into a job and spent the next three years soaking up modern design aesthetics. “At that time, Southern California was all about Mediterranean. Lots of dark, heavy furniture. When I saw mid-century modern—all this contemporary furniture that was pared down, very organic and beautiful—that’s when I fell in love,” she says. “That was the beginning of my love of modern.”

Now marking 50-plus years working in the design field, Pamela’s love of modern has never wavered. Although, in truth, her passion for design dates back even farther than that. As Pamela tells it, she was born to be a designer. “I think that’s a common thread with people who go into design. It’s kind of in your blood. I was designing my bedroom when I was five. I’ve always been told since I was that big,” she says, gesturing to the height of a small child, “that I was really good with color. I could see color. I understood color.”

Pamela earned a B.A. in Interior Design from San Jose State and then found her way to Palo Alto, where she met her future husband (and “total modernist”), Richard Pennington. The pair founded the downtown Palo Alto design firm Pennington & Pennington in 1975 and then in the mid-’80s opened the store Minimal Space on the corner of University Avenue and High Street. “Our whole philosophy was about saving space and being able to multi-use and multi-purpose. We were the first to carry the Tizio Artemide lamp that became famous. We were the first to retail the Elfa basket system, and now The Container Store makes a living off of Elfa baskets,” she notes, adding, “We were ahead of our time.”

The principles of modern design remained a constant inspiration to Pamela—from natural colors and textures to clean lines and finishes. Guided by form deriving from function, Pamela focused on designing bright spaces with a minimalist look. “If you train yourself in modern design, you learn to pare things down to their basics and really make it aesthetically pleasing because everything balances. You can always embellish, you can always add, but I’d rather start with the bones of a house and the space planning and get that right first.” 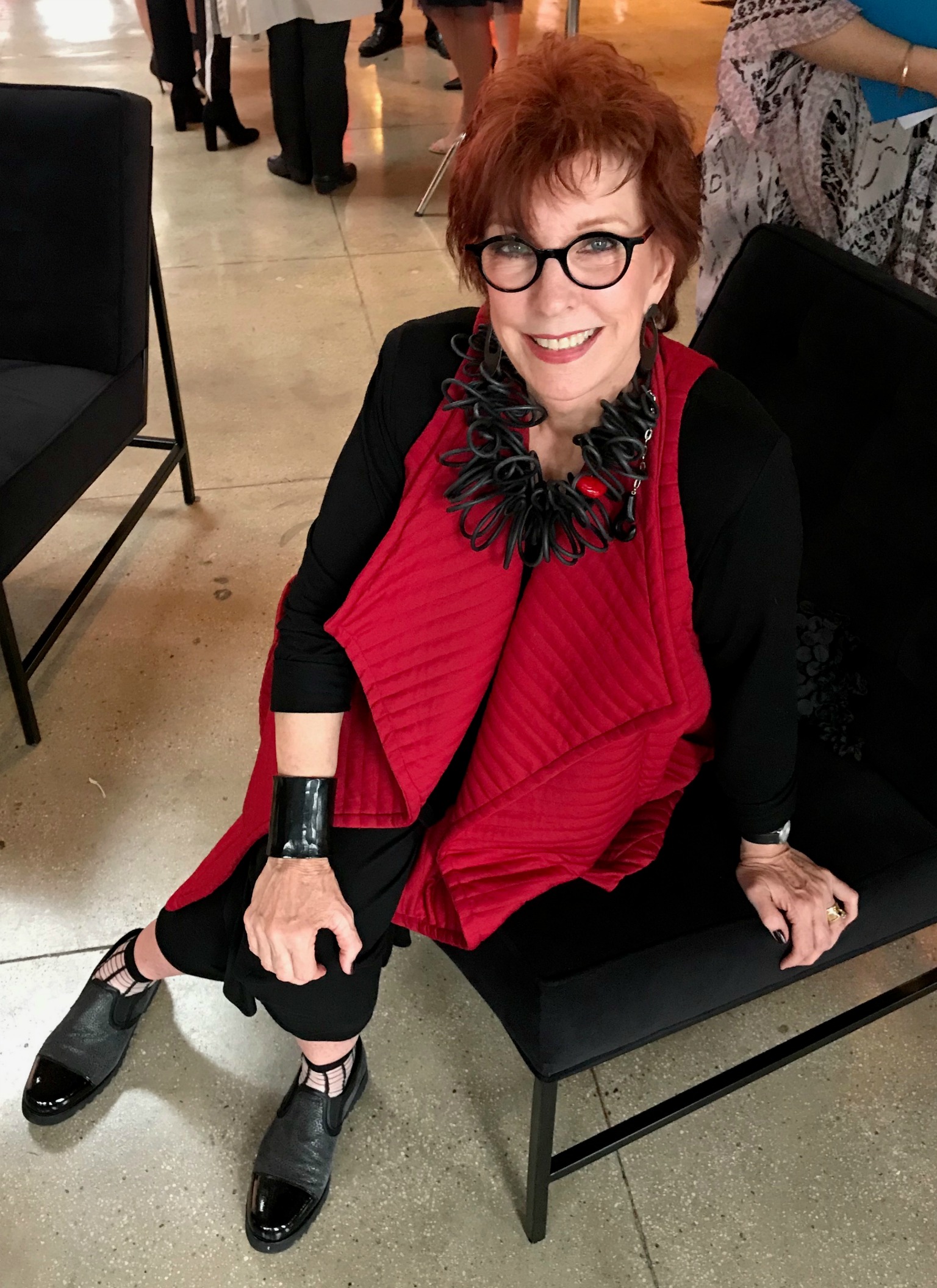 Still, Pamela acknowledges that not everyone was ready for minimalism, reminiscing, “I literally had people walk out of my office after they looked through my portfolio saying, ‘Too modern! And too much white!’” Thankfully, as Pamela recounts, the Internet arrived, broadening exposure to a more European approach to design.

After Pamela and Richard divorced in the mid-’90s, Pamela opened Pennington Studios, her own full-service interior design firm. “I had to identify as just me and the transition was scary at first,” she says. “And then it was just wonderful because I was able to grow and really find my passion.” Whether it’s a remodel or new construction, Pamela’s firm ushers clients through the entire design process—from the programming stage and creating the very-detailed interior construction document package through the final selection of soft furnishings ranging from furniture and area rugs to artwork and window treatments.

Although Pamela’s team of six works with a mix of styles, modernism remains the driving inspiration, despite triggering certain constraints. “For a long time, even up to 15 years ago, we did hundreds of bathrooms and kitchens here, and the reason was because people didn’t want me doing their living room because I was too modern,” she says. “They wanted modern kitchens and bathrooms with all the latest bells and whistles while still having a traditional house.”

“Now, they want everything modern,” Pamela proclaims, with more than a hint of satisfaction. “I don’t have to sell it or water it down. What we do is what everybody wants now, finally!”

And while many of Pamela’s younger, Millennial clients view modern design as “new,” it amuses Pamela to reflect that it’s anything but. “Modernism is trending but its origins go back to the modernist architects practicing in the ’30s, ’40s and ’50s. The influential architects of that period—Richard Neutra, Rudolf Schindler and John Lautner—are sought out by architectural enthusiasts who are faithfully restoring these homes.” 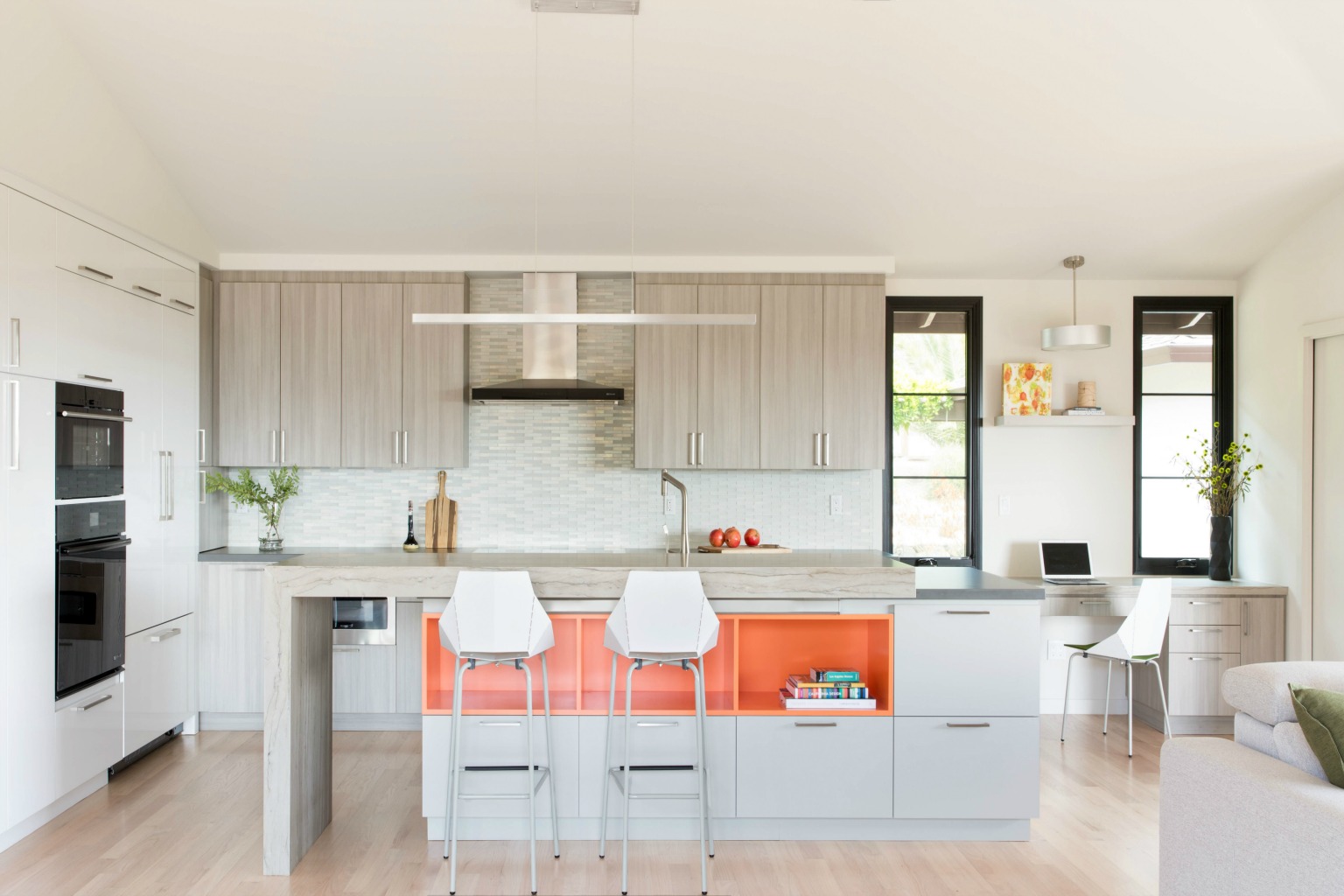 It’s the same situation with Eichlers. “It’s so pleasurable for me to see that this younger generation loves these houses to the extent that they’re renovating and restoring them—not remodeling and demolishing them. I think a lot of Millennials are into living sustainably so they’re drawn to open plans with simplicity and clean expanses of glass to connect to the outdoors,” Pamela says. “We are also seeing new modern houses with this simple vocabulary of materials: glass, steel and wood and the introduction of concrete—the same simple and elegant focus on minimalism.”

One misconception Pamela is quick to point out is that modern does not inherently mean cold. “I don’t really like sterile interiors that don’t have any connection to the person; I think it’s really important to incorporate pieces that you love,” she explains. “Your house should still feel like you. Once you get the structure right, the warmth is brought in by the personality of the client.”

That personality can be reflected in many ways. Whether it’s an art collection, an heirloom chair or even a vintage motorcycle, Pamela says modern design offers the perfect backdrop. “I love lighting a piece of furniture that means something to you,” she says. “I even helped a client who loved bicycles hang a bicycle on the wall so that it became a piece of art. We can definitely showcase collectibles in a way you wouldn’t be able to in an old house against a dark wall.”

Ensconced in her firm’s library on Industrial Avenue in Palo Alto, surrounded by countless samples of paints, wood finishes, veneers, tiles and marbles, Pamela pauses a moment to reflect on 50 years in the design business—and what keeps her going. Ranking high on that list is the response she gets when projects reach completion: “I’ve had clients say, ‘Did you know it was going to look like that?’ and I say, ‘Oh, yeah.’ I completely see the whole picture right away. My gift is the visual. I’ve actually had people say, ‘Is this my house, really?’ That’s why I do what I do. It’s what feeds me.” pamelapenningtonstudios.com