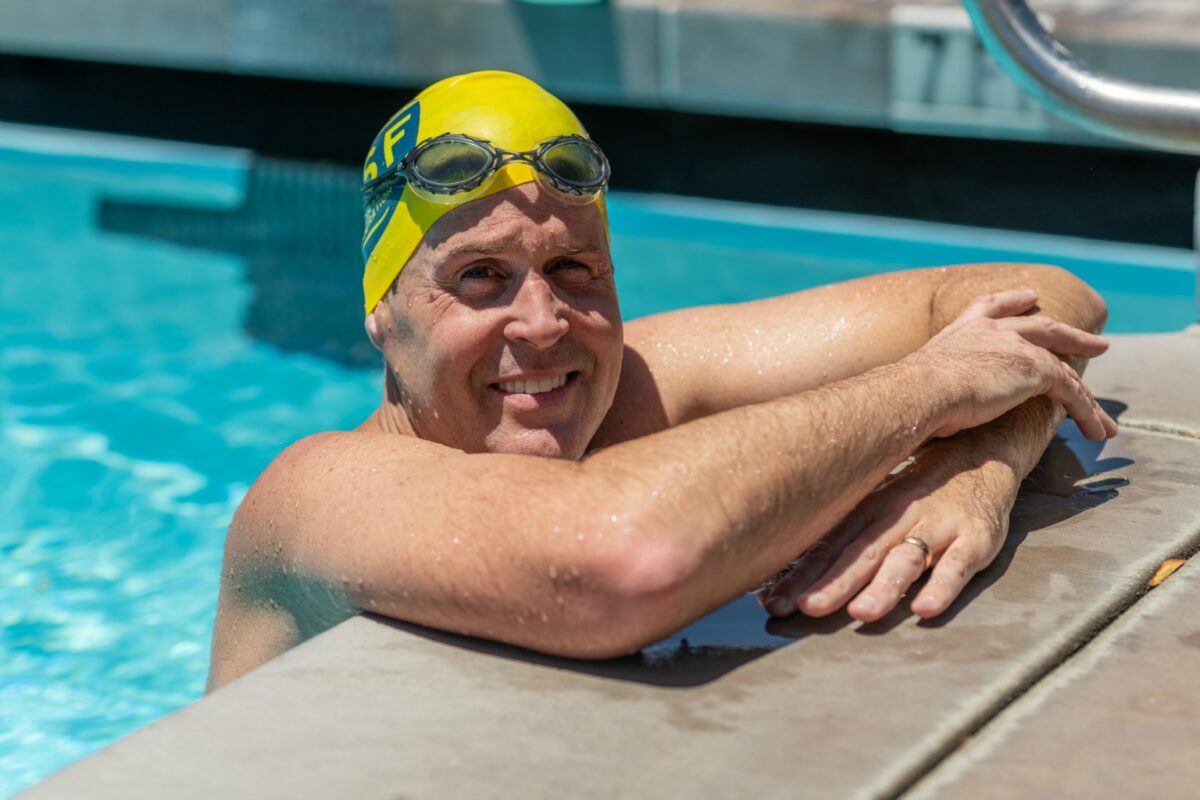 Menlo Park orthodontist Scott Kaloust explains his approach to life succinctly: “Decide to do something, and keep moving forward until it’s done.”

That’s how he got through his undergraduate studies in three years, followed by dental school and a residency in orthodontia at UCSF.

And that’s how he approached accomplishing something few people in the world have managed to do—complete the Triple Crown of Open Water Swimming: the English Channel (21 miles between England and France), the Catalina Channel (20 miles between Santa Catalina Island and Southern California mainland) and 20 Bridges (28.5 miles circumnavigating Manhattan Island).

Completing these three swims is the penultimate goal for open water swimmers—and a natural for Scott to set his sights on. The Redwood City resident and father of three trains both at Burgess Pool in Menlo Park and the South End Rowing Club in San Francisco.

Scott, who grew up in Riverside, swam and played water polo in high school, and may well have played at the collegiate level. But a less watery goal was already set in his mind.

“When I was a junior in high school, I decided I wanted to be a dentist,” he says. “I think it was because of the great experience with my orthodontist, not just as a patient but as his occasional office helper.”

Scott focused on school, putting aquatic endeavors aside. “Dental school is pretty intense,” he recalls. “I remember 13 finals in one week.”

While finishing his residency, Scott heard that an orthodontist in Menlo Park was retiring and interested in selling his practice. He bought the practice on University Avenue in 2000.

Scott’s spin is decidedly tropical. Tikis and a surfboard adorn the walls. Crashing waves are shown on a number of television monitors. No dull medical attire here—Scott stays on theme by wearing colorful Reyn Spooner Hawaiian shirts instead. 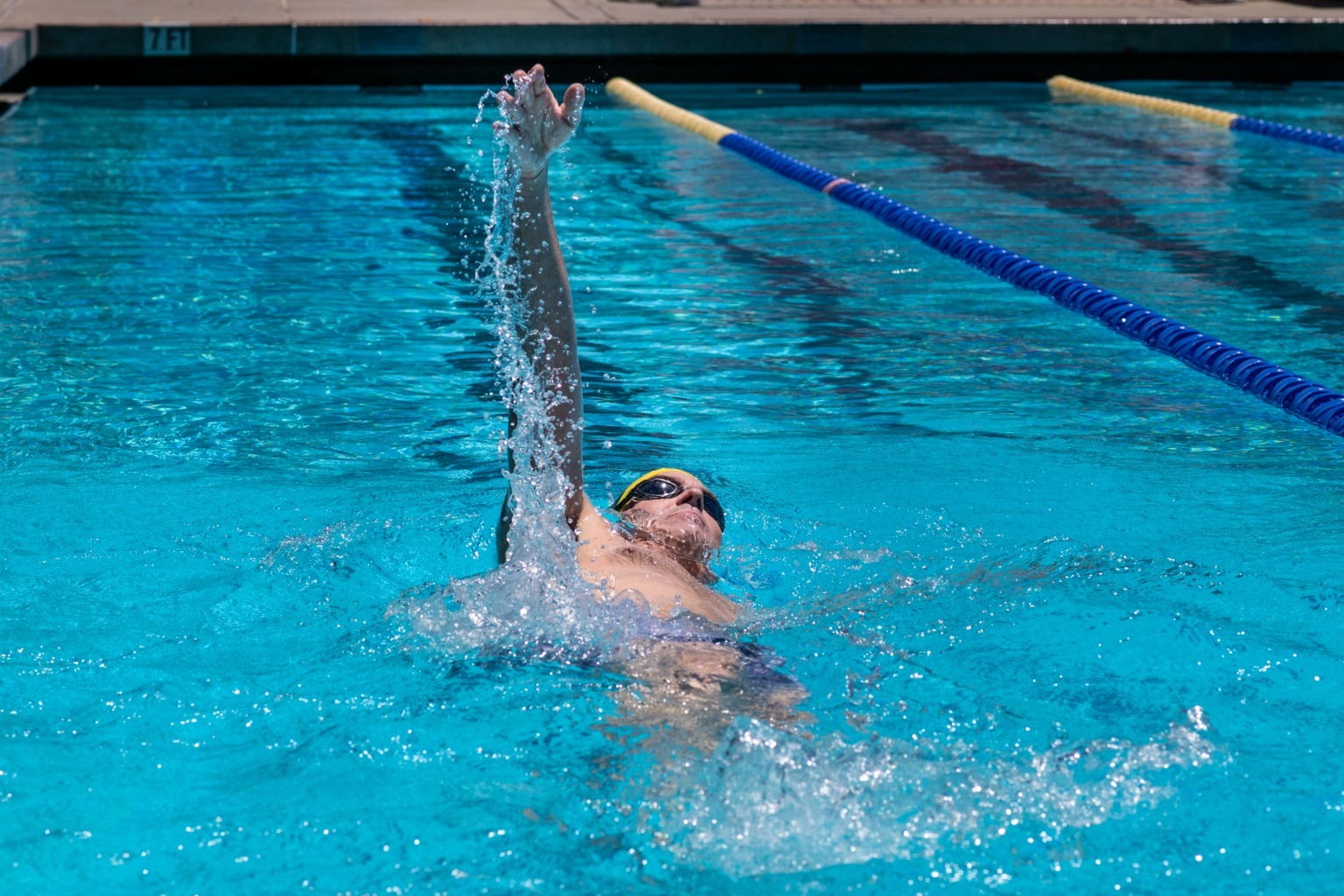 Opening his practice coincided with a return to swimming. “I found Burgess Pool, the Menlo Masters and Tim Sheeper, who sets one fun goal after another,” says Scott. “One such goal was an open water swim at Lake Del Valle. That was my introduction.”

With one down, he started looking for another. “Because I love Kauai so much, I started thinking what fun it would be to swim the 16-mile Nāpali Coast. That was in 2012.”

According to Scott, once he’s in the water working to complete a swim, he’s on autopilot. “What requires motivation is the training,” he says. “Getting up at dawn to drive to the City to do longer and longer swims. That’s where the dedication and sacrifice comes in.” He also reports that he’s never experienced any scary moments while swimming. “Every once in a while a seal will pop up near you, but that’s more of a surprise than a fright.”

In September 2014, Scott’s first Triple Crown swim was from Catalina Island to California. “I chose it because of its proximity, and it’s relatively easier to plan for, due to more good weather days,” he says.

Now that he’s completed all three Triple Crown swims, he places Catalina in the middle as far as difficulty. “There’s no significant current, and the warmer water makes it easier, but rough, choppy seas made it challenging.”

Following Catalina, in September 2017, Scott took on the Manhattan swim. Organized by New York Open Water, it is named for the 20 bridges on the Hudson, Harlem and East River that swimmers pass under. It’s held six times over the course of a summer.

Twelve swimmers are selected for each swim based on a number of criteria. Scott shared the water with male and female swimmers from Switzerland, Ireland, Australia, Sweden and England as well as the U.S.

“Each swimmer is assigned both a boat and kayaker. The boat has a driver as well as an observer,” Scott recounts. “The 20 Bridges swim begins at Battery Park where the ferries also depart, posing a bit of a challenge for the swimmers. It was a bit nerve-wracking both because of the boats themselves and the choppy water they stir up.”

One difference with this swim compared to Catalina and the Channel was that it’s all done in daylight. “That meant I could look around a lot,” Scott says.

“Based on the tides, you sign up with a boat captain who specializes in Channel swims 20 months in advance. What you can’t control is the wind and the rain, and the wind was blowing 40 to 50 miles an hour while I was there. My window was almost up. Then the captain told me, ‘If you stay one more day, you’ll get your shot.’”

Wearing, as always, just a swimsuit, cap and goggles, Scott took off from England with the boat captain and his crew of two friends at 11:15PM. The captain charts the course; the crew provides both motivation and nutrition. “The goal is to keep your energy up, and they’d hand me liquid protein drinks,” he says. “But after a while nothing tastes good, and I just drank sugar water and coke.”

Scott’s time of 14 hours, 59 minutes was just a little longer than he’d expected. The currents push the swimmer sidewise in “a giant S-shaped curve,” according to Scott.

“I felt confident that I was going to make it until the last hour,” he says. “The tides kept pushing me, and the land started falling away. Then I saw the cliffs in front of me and picked up the pace.”

Here’s how Scott describes becoming the 202nd entry in the Triple Crown of Open Water Swimming record book: “I landed on a tiny beach about three miles east of Calais. You have to clear the water and stand on the land to record a finish. I looked around, picked up some sand off the beach and put it in a container I’d brought and swam back to the boat.

“The crew covered me in blankets, and we took off back to Dover. I drank some water and tea and had a little bit of food,” he continues. “I spent the night in Dover, boarded a flight home from Heathrow the next day and was back working at the office the following day.”

How’s that for a Superman (swimmer) to Clark Kent (orthodontist) transformation? 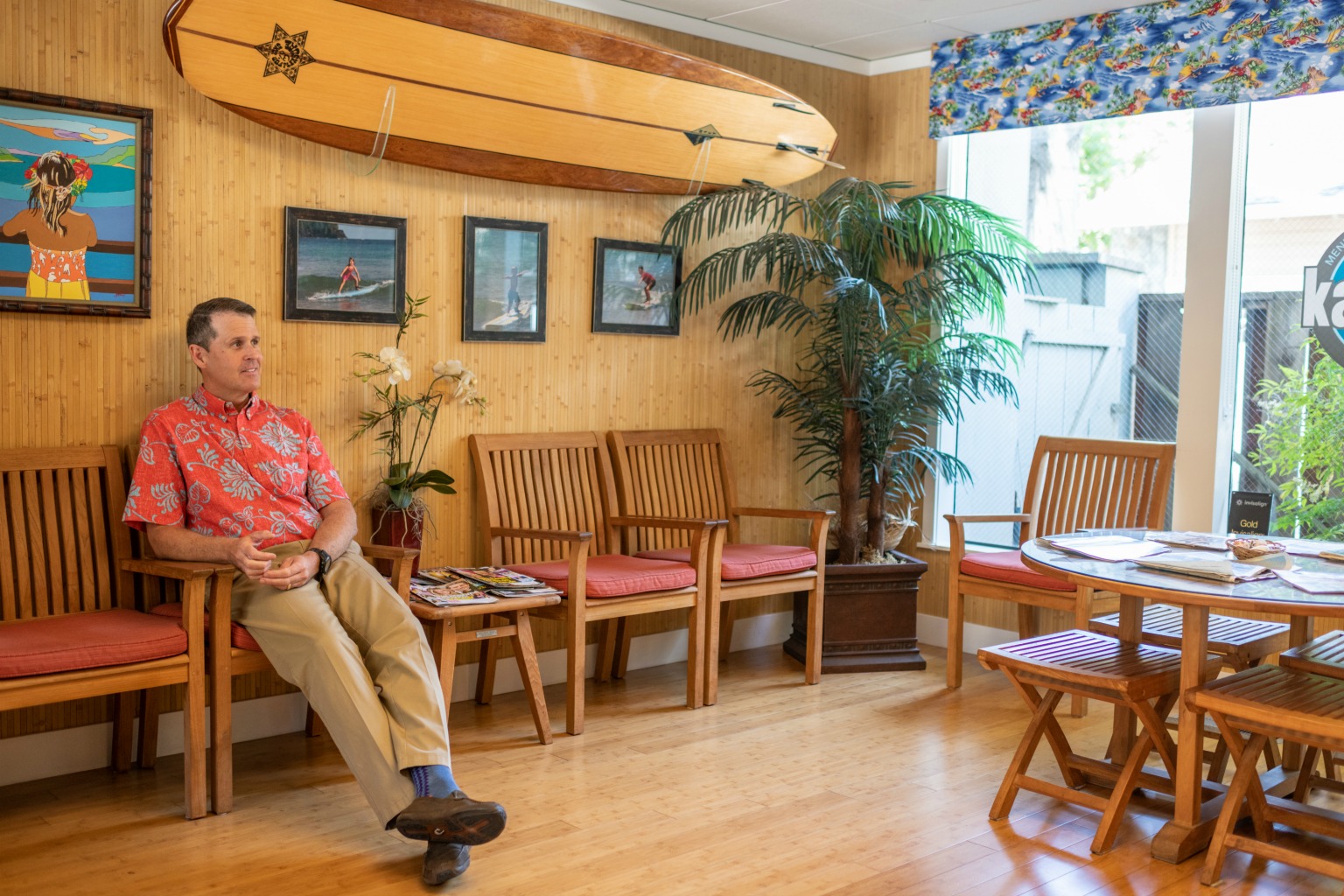 Based on his history of persistence, we’re betting he meets his goal.