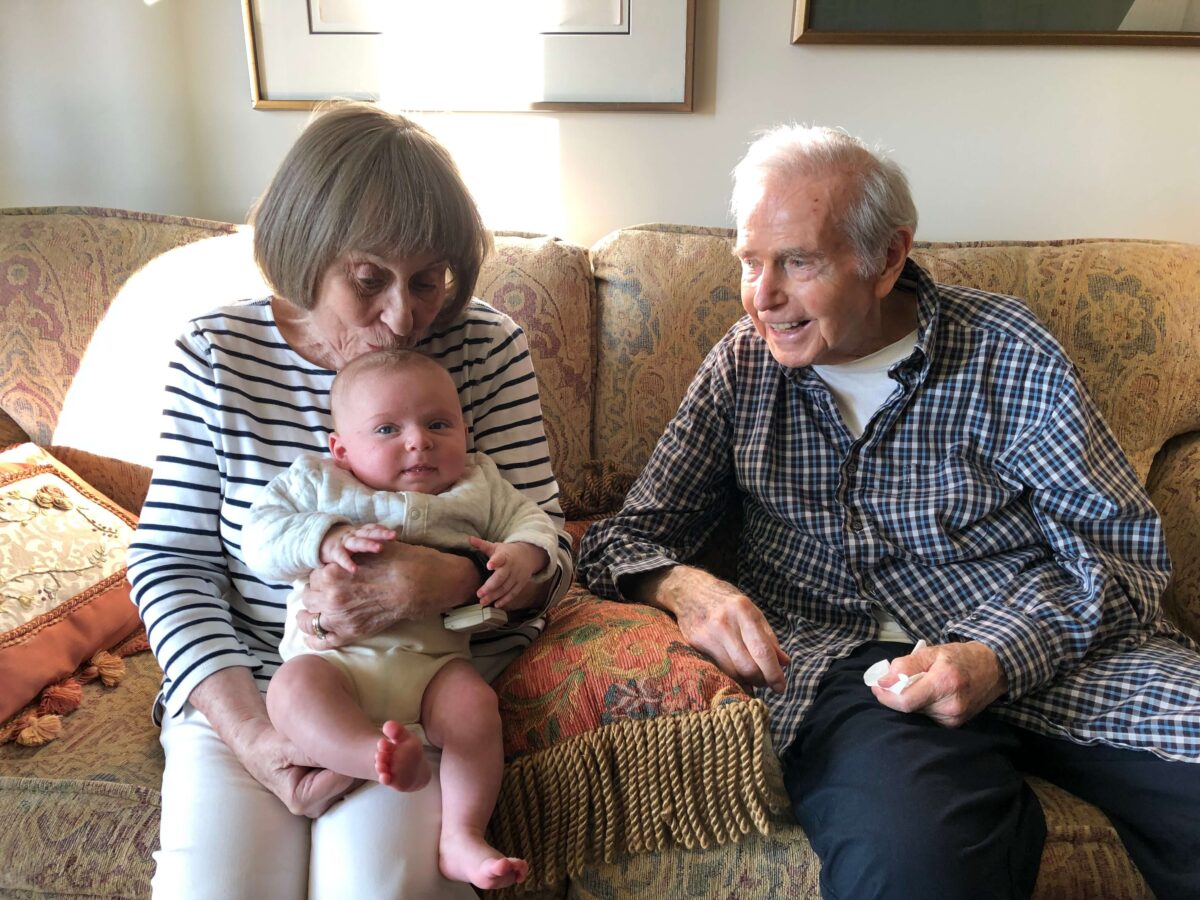 When we bought our first home on the Peninsula in a new, planned development in Redwood City, we were surprised and delighted when the Rabbi of the synagogue we had just joined became our neighbor, three houses down. After our first child, Josh, was born, Rabbi David Teitelbaum and his wife Robin helped with the bris and the celebration. It only took a few months before we were best of friends.

Their oldest son—also named Josh—had moved to Israel and we filled a certain void in their lives. Since we had no parents here, they filled a role for us too. They soon became Uncle Rabbi and Aunt Robin to our four children—names that would forever stick—with their door always open for the kids to get popsicles or just hang out. We regularly had Shabbat and holiday dinners together and our bonds grew stronger over time.

Uncle Rabbi (also known to me as David) brilliantly led our synagogue, always with empathy, kindness and wisdom. Robin had been an actress and her personality was filled with humor, cleverness and theatrics. I loved our Friday nights, when David and I would find some issue to analyze, and we would debate it until one of us was walking out the door to go home. He always displayed conviction and brilliance on the topics we discussed.

After about 10 years, we moved a few miles away to Menlo Park; with our family of six, we needed more room. While this was somewhat traumatic for us all, it did not affect our relationship and we continued to share our lives. We had become family without the angst. They were the grandparents I would have chosen for my children, my own parents included, and I felt deeply lucky to have them as such loving surrogates in our lives.

When it came time for the children’s b’nai mitzvah, though David had retired from the synagogue, he devotedly taught all four children their trop, Torah portions and their Haftorahs—all important aspects of the service. Because of Uncle Rabbi’s generous tutoring, our children led services that filled us with pride.

About a decade ago, David and Robin decided that it was time to move again, this time to Moldaw retirement residences in Palo Alto. The stairs to their second story and the burden of home care made this a wise decision, though a sad one again, since we would terribly miss going to their home where Robin hosted her wonderful Shabbat dinners. But families soldier on, and that’s what we did.

As one might expect, there was a shift to our home for the holidays and Shabbat dinners, and we would pick them up and take them to their favorite Chinese restaurant. We would come for visits at the Moldaw and have dinners there as well.

In 2016, with David approaching 90 years old, my son Josh and his fiancé Adara were the first to get married and, of course, it would only do for Uncle Rabbi to officiate the wedding, which he did with grace and humor, having seen Josh from birth to this special day.

Then, quickly, three months later, Uncle Rabbi once again pulled together his strength to lead the ceremony of daughter Talia and her Sam. Although it was one of those blazing hot July days, despite the challenging conditions, Uncle Rabbi, almost passing out at one point, led the lovely and heartfelt ceremony.

A year later—though he had slowed down quite a bit at age 91—nothing would impede Uncle Rabbi, unstoppable as he was, his fierce determination on show for all to see, from marrying my daughter Arielle and her Danny. Indeed, he and Robin ventured all the way to upper Sonoma County on another steaming hot day, to marry the couple among the glowing grape vines.

Quickly, the newlyweds went into baby production and it was a warmhearted, beautiful sight to see Uncle Rabbi welcome each new arrival into the world. L’dor v’dor. From generation to generation. As each grandchild was born, we quickly shuttled them up to their apartment so that he and Robin could hold and delight in them and say a blessing.

Recently, our wonderful, kind and loving Uncle Rabbi passed away. To all of us who treasured this man, we are grateful that he was with us for almost 95 years. Though we yearned for more time with him, I think he would have said “dayenu”—it was enough. He was ready and God was waiting. Upon death, we Jews say, “May his memory be a blessing.” But in the case of this incredible man, all I can think to say is, “His memory is a blessing.”