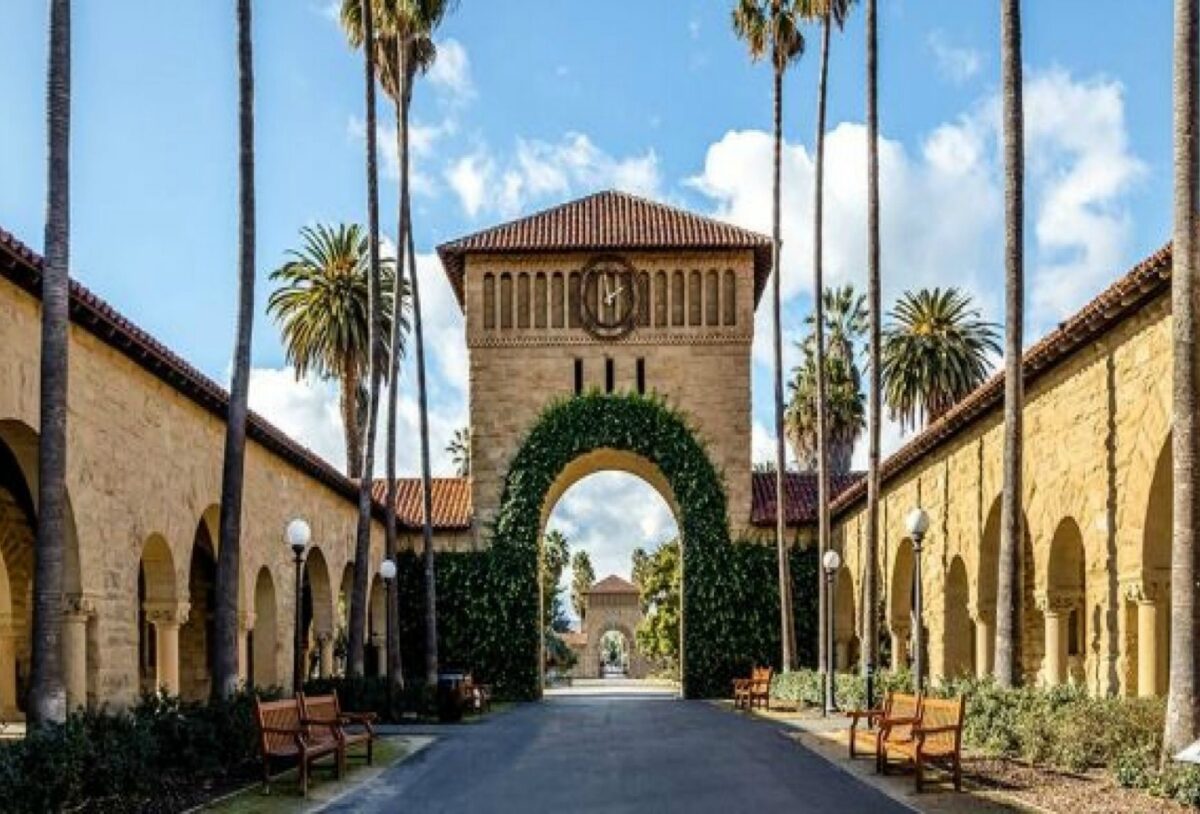 First thing’s first—Stanford is not a city. Actually, it’s a census-designated place, a federal term for a population center that doesn’t belong to a nearby town or city. The 8,180 acres residents think of as Stanford are mostly part of unincorporated Santa Clara and San Mateo counties, along with some property in Palo Alto, Woodside, Menlo Park and Portola Valley. So, if you’re at the Stanford Shopping Center or Lucille Packard Children’s Hospital, you’re still in the city of Palo Alto. Although the university and the area around it have changed a lot in the 120 years since its founding, any place with “Stanford” at the end of its address is united by a common history.

Former California governor and railroad magnate Leland Stanford first bought land on the Peninsula in 1876, in the form of a mansion on what’s now Sand Hill Road and a 650-acre ranch surrounding it. The ranch would come to be known as the Palo Alto Stock Farm, and it was the family’s summer home as well a place for Stanford to practice his hobby of raising horses, hence the name. The property would likely have remained a private residence if not for the death of Leland and Jane Stanford’s only child, Leland, Jr., in 1884. Determined to honor their son’s memory, the Stanfords established a trust and gave over control of their land on the Peninsula (which had grown to more than ten times the size of the original ranch) to a newly established school. Stanford’s trustees purchased the land for a town to support the school, and University Park, now Palo Alto, was established in 1887.

So while Stanford doesn’t have its own mayor or ZIP code, it’s certainly a community with its own unique feel. Just make sure you know exactly where you’re going if someone asks you to “meet me at Stanford”—those 8,000-plus acres give you a lot of room to get lost.