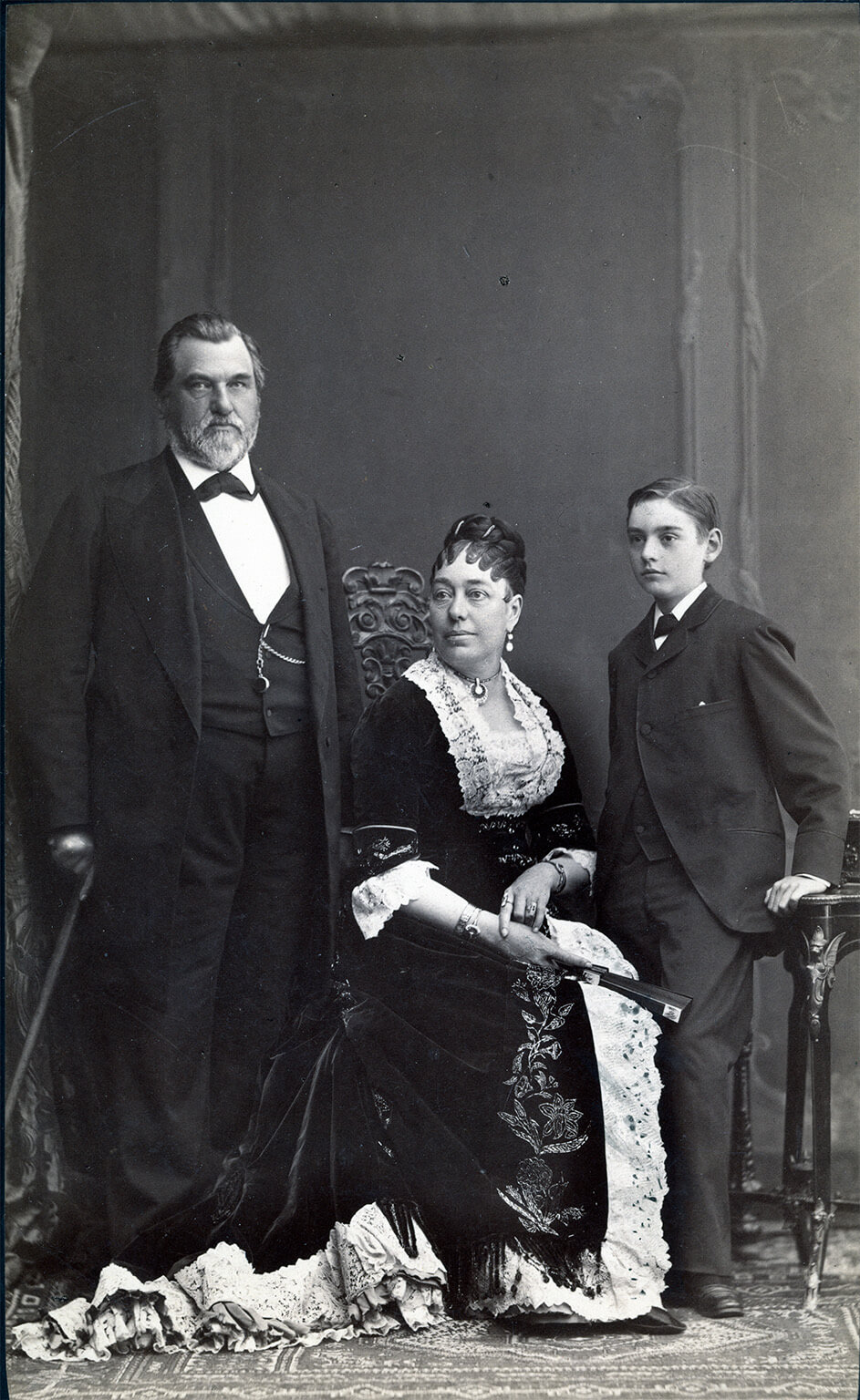 Forget what you’ve seen in the movies. Real crime solving is a long slog to The Truth: shuffling through paper trails, sifting through timelines, scrutinizing witness accounts and examining seemingly mundane details. Most of us aren’t cut out for such banality. But detectives and historians are made of tougher stuff.

In 1905, detectives failed to find justice for Jane Stanford, the deceased co-founder and trustee of Stanford University. A century later, a modern-day history professor took it upon himself to uncover the troubling truth behind her demise. The saga began when Richard White, a longtime faculty member at Stanford University, stumbled across the historic cover-up.

After reading neurology professor Dr. Robert W. P. Cutler’s 2003 book proving Jane Stanford had come to an insidious end, Richard was intrigued. At the time of her passing, Mrs. Stanford’s demise was chalked up to natural causes. Which was odd. The evidence clearly pointed to her dying of strychnine poisoning—after surviving another poisoning attempt only a month earlier. And yet people with ties to the wealthy philanthropist, including college administrators, seemed oddly eager to credit her death to heart failure. Something wasn’t adding up. 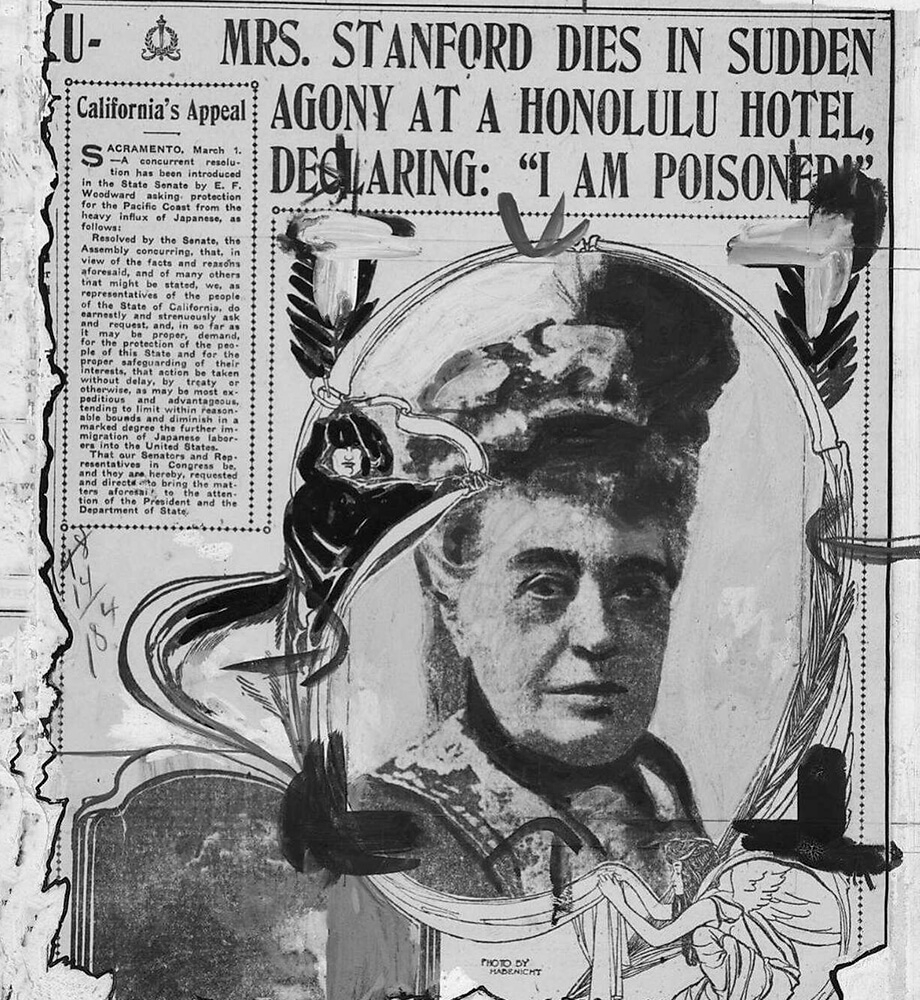 According to Richard, it was apparent that private detectives hired by the university had discovered the guilty party. “Why was it that they went out of their way to make it seem that they had not discovered the murderer,” Richard wondered, “and indeed told you there had been no murder at all?” Richard’s in-depth research resulted in his own tell-all book. Published in May 2022, Who Killed Jane Stanford? earned praise from The Wall Street Journal and The New York Times.

“Stanford University appears to be a Silicon Valley university, a modern research university—but peel it back a little and the ghosts are still there,” observes Richard. “The murderer who once walked there, traces of them are still all over that campus.”

Before the bestseller, came the class. When Richard first introduced his “Who Killed Jane Stanford?” curriculum, he invited undergraduates to learn about original sources under the guise of a little crime solving. “I thought that the best way to get undergraduates interested in going into the archives would be to give them a murder mystery,” he notes, adding that he hoped the course would fuel equal parts curiosity and skepticism in his students.

Packed with bribes, unreliable witnesses and missing evidence, the case’s obvious intrigue drew the young scholars right in. The New York Post would later make a playful comparison between Richard’s book and the game of Clue, presenting suspects like a lineup with Professor Plum, Miss Scarlet and the rest of the board game regulars. Richard chuckles when asked if he too sees the resemblance. “Yeah, because I have the butler! I have the maid. I have the mansion.” The folks with a bone to pick with Jane Stanford were many: a recently fired manservant, an overtaxed personal assistant, a few aggravated housekeepers, money-driven family members, not to mention a power-hungry university president. 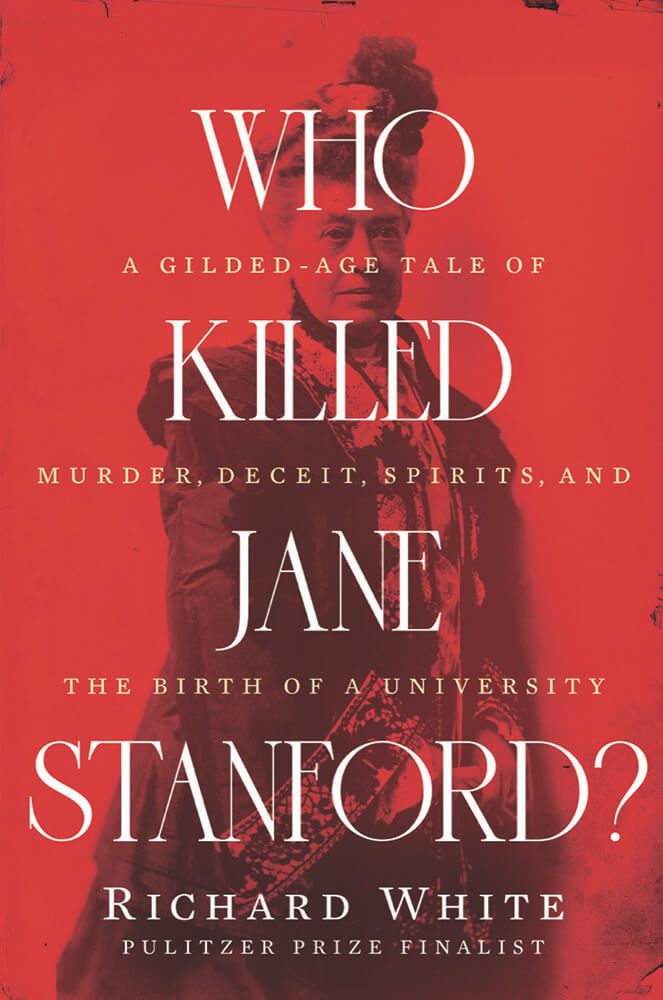 But whereas his students left the mystery behind at the end of each quarter, Richard couldn’t let the case go. “It’s the kind of stuff that kept me awake at night,” he relays. “There still wasn’t evidence, at least to my satisfaction, that demonstrated who killed her, let alone why they killed her—let alone why the university would go to such lengths to cover up that she had been murdered at all.” After a couple of rounds, the class had run its course—but Richard trudged onwards.

In his dogged pursuit of answers, he returned to the archives time and time again. “Like most of actual life, it’s really boring,” he quips. “You have to sit down with a large collection of papers—99% of which have absolutely nothing to do with what you’re interested in—and you have to leaf through them. You have to be willing to follow up a whole series of leads, which mostly end up in dead ends.” But the professor made progress as he combed through old legal documents, faded newspapers and Mrs. Stanford’s letters (including some tense correspondence with the founding Stanford president, David Starr Jordan).

Richard’s experience as a professor—with intimate knowledge of the inner workings of university life and campus politics—guided him to a big breakthrough in the investigation. “If you’ve worked in universities for your whole life like I have, you know in each university, there are people in the administration who know where the bodies are buried,” he reveals. At Stanford University in the early 1900s, that man was George Crothers, a bureaucrat and lawyer on the university’s board of trustees. Though George had his suspicions about Jane’s demise, he chose not to show his hand during his lifetime. He did, however, write memoranda calling attention to the manipulative and narcissistic track record of one of the case’s prime suspects. “I knew that nobody had looked at them before because they were in perfect order,” Richard said of Crothers’ papers. “It was like breaking open a new deck of cards.”

Slowly, the bigger picture began to materialize. “I just kept following the strings,” Richard observes, “and over a period of about five or six years, I began to see the outlines of what had happened—and then it was simply making sense of it.”

In hindsight, Richard reflects, “The most interesting evidence I unearthed doesn’t necessarily go straight to the murder.” Instead, it helped him better understand the society that produced the killer—and why college administrators played along with the natural death theory. “A murder trial could reveal the controversies within the university, resurrect old scandals and reveal new ones,” he points out in his book. 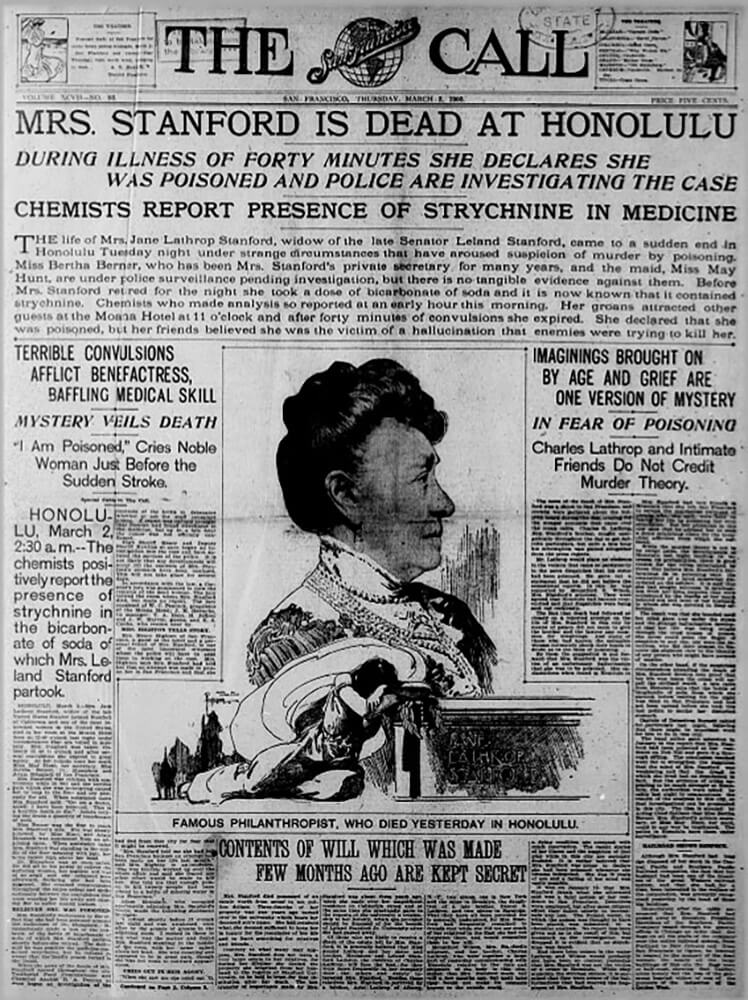 Richard concedes that his focus on in-depth societal analysis probably wouldn’t fly with private investigators. “Give historians a crime, and historians want to use that crime to open a door to a wider world,” he notes. “Detectives just want to solve the crime. They would kick us off the case.”
Richard isn’t surprised that modern-day Stanford hasn’t weighed in on his tale of Cardinal crime, corruption and cover-up. He’s quick to add, “I had to be careful as a historian and not just collapse the present and the past. You don’t want to impose the university onto the university in the late 19th, early 20th century. I had to throw myself back into a university that occupied the same plot of ground as modern Stanford University—but which was a very, very different place.”

A note to readers: If you crave the adrenaline of shootouts and chase scenes down dark alleys, Richard might not be your author. “It’d be a lot easier to burst into a room with a pistol and solve the crime,” he jokes. “But, you know, I’ve never known a historian who has a chase scene.”

That said, he did turn to his crime-writing brother, Stephen White of the Alan Gregory mystery series, for help “plotting” the book. “When we [as historians] know something, we just reveal it,” he acknowledges. “In the introduction, we just tell you everything you need to know. My brother would say, ‘That’s not going to work here. You’ve got to wait.’”

Withholding info for the dramatic Big Reveal at the end is key. (Which is why we’d be remiss to unveil the killer’s identity here.)

As he digs up buried truths, Richard hopes his book fosters a deeper awareness of the Peninsula. “It’s a place with a really interesting past,” he reflects. “And even though that past can sometimes be a little sordid, it’s worth looking into… And it’s there whenever you scratch the surface.”